The Russian military says it will open a humanitarian corridor for civilians to evacuate from the besieged steel plant in Mariupol ahead of a visit by United Nations Secretary-General António Guterres to both countries.

The Russian Defense Ministry said a humanitarian corridor will open at 2 p.m (1100 GMT) Monday for all civilians to leave the Azovstal plant in Mariupol. It said Russian troops will cease fire to allow civilians to safely exit the plant.

"This is already a gesture of goodwill on our part," Russian Deputy Foreign Minister Andrei Rudenko told reporters. "The UN Secretary-General will arrive tomorrow, probably all these issues will be considered."

Guterres announced last week that he planned trips to both Moscow and Kyiv, and will meet with both countries' presidents. Russia said Guterres and Foreign Minister Sergey Lavrov would have a working lunch Tuesday followed by a meeting with President Vladimir Putin. Guterres is also set to meet Ukrainian Foreign Minister Dmytro Kuleba and President Volodymyr Zelenskyy on Thursday.

"We need urgent steps to save lives, end the human suffering and bring about peace in Ukraine," Guterres said in a tweet. 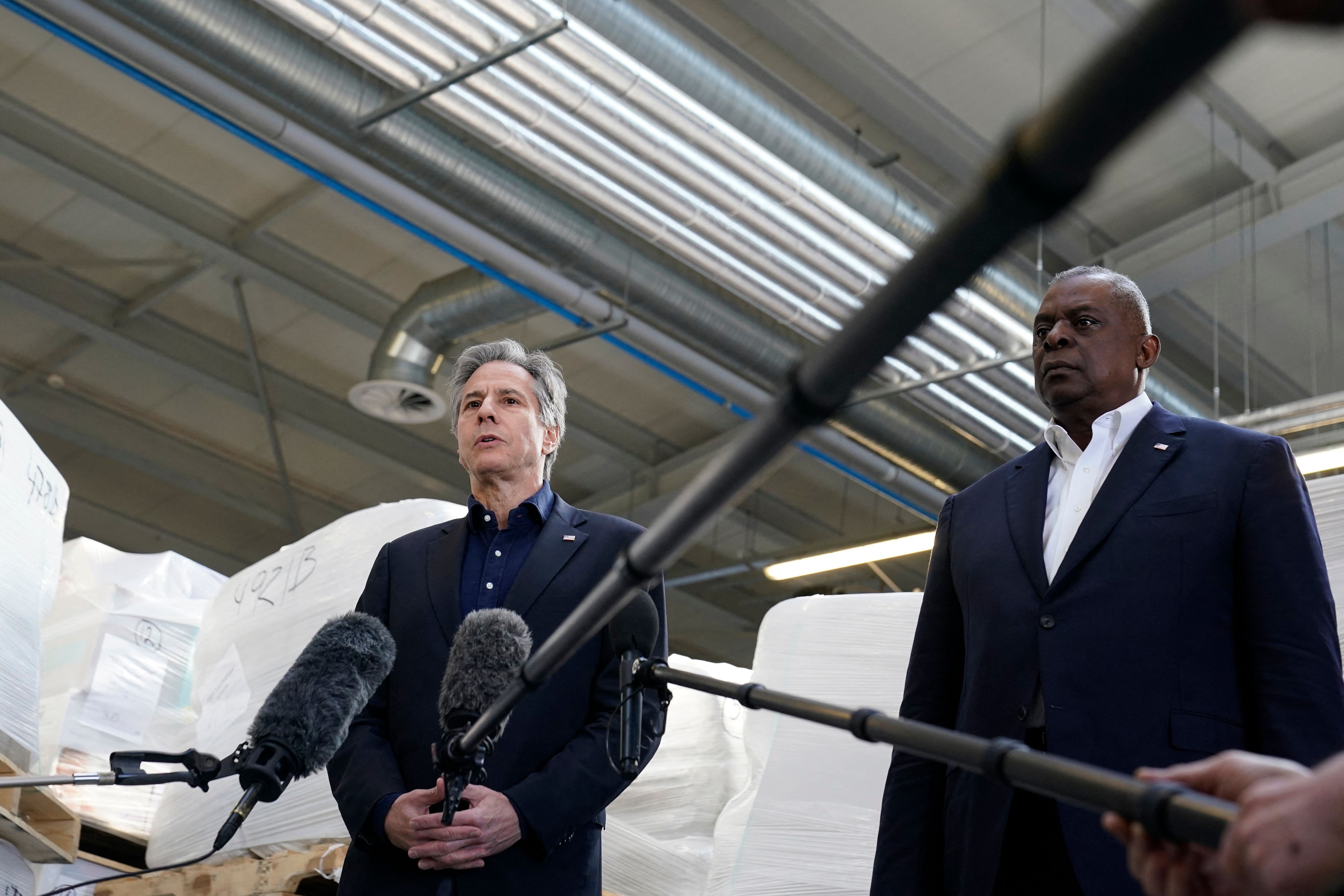 Top US Officials Visit Kyiv, Announce Return of US Diplomats to Ukraine Some Ukrainian officials over the weekend cast doubt on the utility of Guterres' trip to meet with Putin before Ukraine. Igor Zhovkva, deputy head of the office of Ukrainian President Volodymyr Zelenskyy, told NBC’s “Meet the Press” on Sunday that Guterres is “not really” authorized to speak for Ukraine in peace negotiations, and suggested the UN should focus on humanitarian support for Ukraine instead.

“Any peace talks are good if they end with the result. I really doubt if those peace talks organized by the secretary-general of the U.N. would end up with any result,” he said.

Mariupol's mammoth steel plant, which has a sprawling maze of underground channels, has remained the last bulwark of Ukrainian resistance in the strategic Sea of Azov port city. Putin last week ordered Russian forces to barricade entrances to the facility rather than attempt a likely costly infiltration.

Ukrainian officials have said that up to 1,000 civilians have sheltered at the plant. They have repeatedly urged Russia to offer them a safe exit.