Around 180 people were killed, more than 6,000 wounded and a quarter of a million left with homes unfit to live in after the Aug. 4 explosion

Lebanon is facing a surge in coronavirus cases after a devastating blast at the Beirut port earlier this month killed scores and wounded thousands, prompting medical officials on Monday to call for a two-week lockdown to try to contain the pandemic.

Virus numbers were expected to rise following the Aug. 4, explosion of nearly 3,000 tons of ammonium nitrate stored at the port. Around 180 people were killed, more than 6,000 wounded and a quarter of a million left with homes unfit to live in. The blast overwhelmed the city's hospitals and also badly damaged two that had a key role in handling virus cases.

Medical officials had warned of the dangers of crowding at hospitals in the aftermath of the explosion, at funerals, or as people searched through the rubble. Protests and demonstrations also broke out after the blast as Lebanese vented their anger at authorities.

On Monday, the Health Ministry registered 456 new cases and two deaths, a new daily record after Sunday's 439 virus cases and six fatalities. The new infections bring to 9,337 the total number of cases in the small country of just over 5 million. Lebanon has reported a total of 105 fatalities.

The virus causes mild to moderate symptoms in most people, who recover within a few weeks. But it is highly contagious and can cause severe illness or death, particularly in older patients or those with underlying health problems. 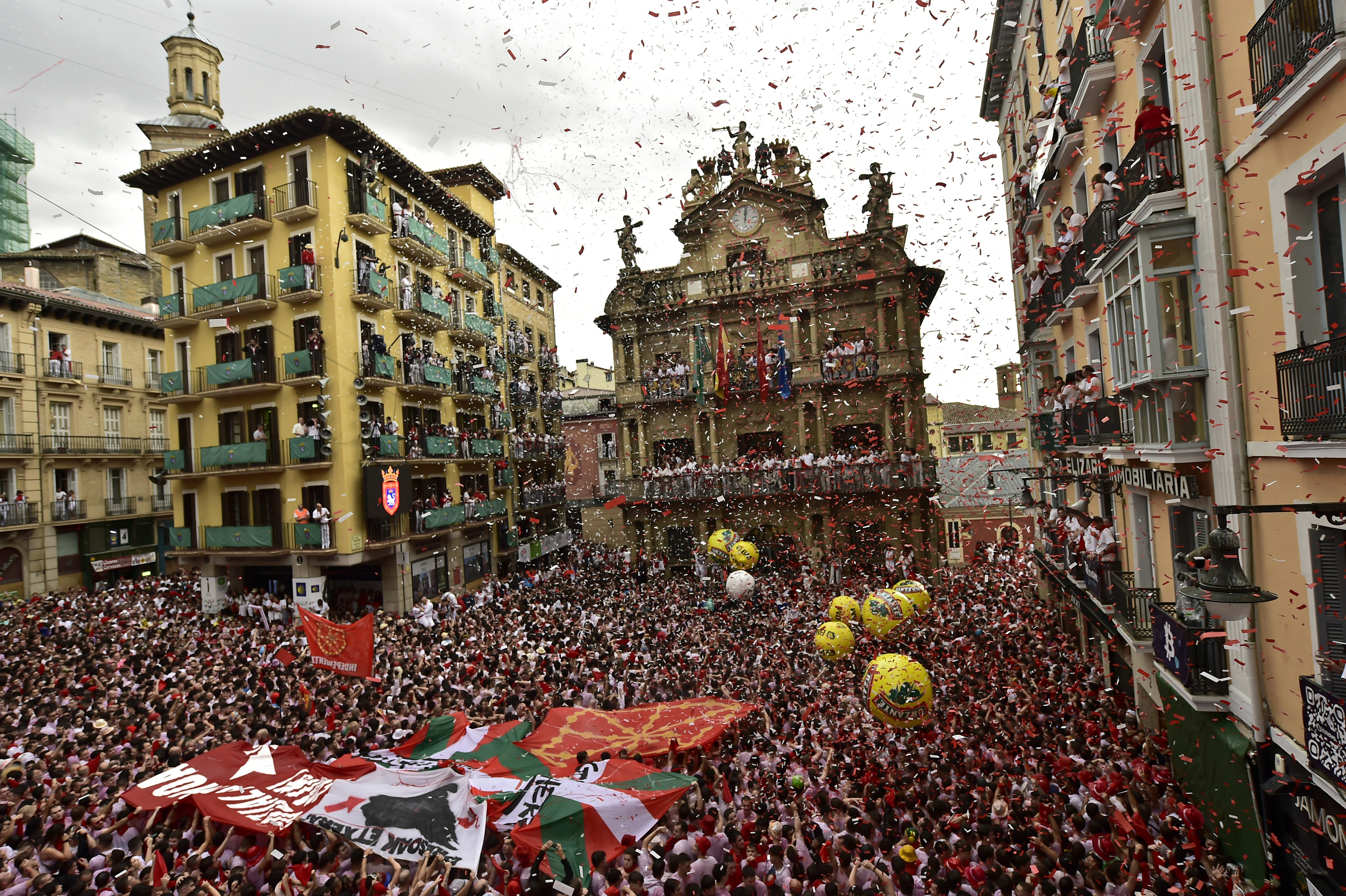 Spain Runs With The Bulls After 2-Year Hiatus

Strict measures imposed last spring had kept the number of cases under control in Lebanon, but they surged after a lockdown and nighttime curfew were lifted and the country's only international airport reopened in early July.

Health Minister Hamad Hassan warned the true number could be far higher. Following a meeting Monday with medical officials who demanded another two-week lockdown, he urged everyone to wear masks, saying the virus has now spread in every city and almost every village in Lebanon.

“It is a matter of life and death,” Hassan said, adding that soon private and public hospitals might not be able to accept more patients.

Lebanon’s health sector has been challenged by the pandemic that hit amid an unprecedented economic and financial crisis. The explosion in Beirut’s port only increased the pressure on Beirut’s hospitals, knocking out at least three of them.

Dr. Firas Abiad, director general of Rafik Hariri University Hospital, which is leading the fight against coronavirus, described the situation as “extremely worrisome,” warning that without a lockdown, the numbers will continue to rise “overwhelming the hospital capacity."

Hassan urged every expatriate or foreigner returning to Lebanon not to leave their hotels until they are tested and cleared. People traveling to Lebanon will be required to be tested both before and upon arrival.

He also called for field hospitals and said some public hospitals will exclusively handle virus patients.

“The virus doesn’t differentiate between us," she said, warning that a 5% rate is a “real threat.”

Iran, which has the region's largest and deadliest coronavirus outbreak, meanwhile reported 165 more deaths, bringing its overall death toll to 19,804. The Health Ministry has reported a total of 345,450 cases.