Deputy Charged With Threats After US Capitol Attack, Sheriff Says

The deputy was charged with making written threats to kill, conduct a mass shooting or an act of terrorism.

A Florida deputy was arrested Tuesday for threatening to kill federal officials following the riot at the U.S. Capitol earlier this month, officials said.

Polk County Sheriff Grady Judd announced during a news conference that Deputy Peter Heneen, 29, was charged with making written threats to kill, conduct a mass shooting or an act of terrorism. The deputy, who was hired more than six years ago, has been suspended pending termination, Judd said.

In a White House video released after the House voted to impeach President Donald Trump for a second time on Wednesday, Trump said he condemned the violence at the U.S. Capitol riot. “I want to be very clear,” Trump said. “I unequivocally condemn the violence that we saw last week, violence and vandalism have absolutely no place in our country, and no place in our movement.”

Joe Biden is set to be sworn in as president Wednesday in front of the U.S. Capitol building in Washington. Congress had met there Jan. 6 to certify the results of the presidential election. But an angry mob coming from a President Donald Trump rally near the White House broke into the Capitol, forcing members of Congress to flee. Five people were killed during the riot, including one Capitol Police officer.

Heneen had been communicating with another deputy on Facebook private messenger, angry about a rioter who had been fatally shot while trying to break through a door, the sheriff’s office said.

Steven D’Antuono, Acting Director of the FBI Washington Field Office, confirmed that the FBI has received over 100,000 pieces of digital evidence to help identify the domestic terrorists who infiltrated the U.S. Capitol on Jan. 6, and asked the public to provide any additional photos, videos or leads pertaining to the riot at www.fbi.gov/uscapitol. D’Antuono also urged individuals who participated in the riot to come forward.

According to screenshots of the conversation, Heneen talked about shooting “the feds” and making "the streets of DC run red with the blood of these tyrants,” officials said.

The other deputy, who officials didn't name, reported Heneen to his supervisors on Jan. 8. Judd said they are still investigating, but Heneen doesn't appear to be part of any organized group or militia. 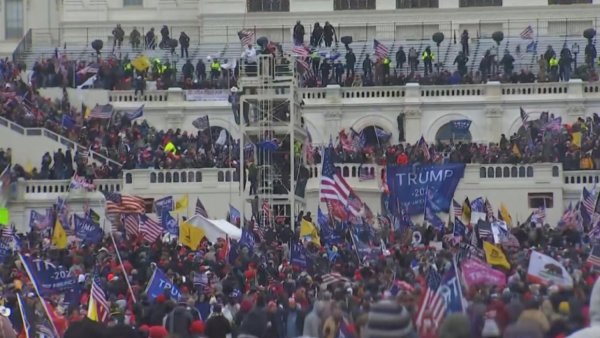 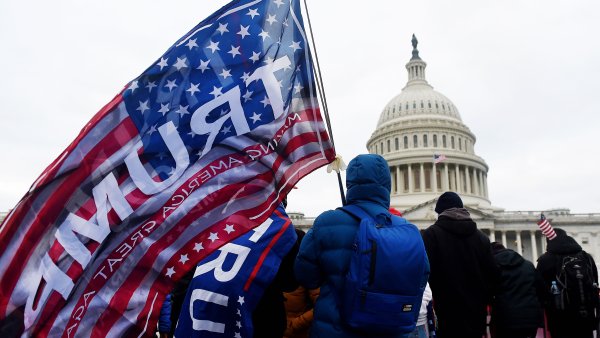