Shippers Prepare for Another Pandemic Crush of Holiday Gifts

Nearly 3.4 billion parcels are expected to crisscross the country this holiday season, representing an estimated increase of about 400 million compared to last year

The last holiday season was far from the most wonderful time of the year for the U.S. Postal Service: Sick and quarantined workers, a flood of packages from shoppers loath to set foot in stores and a last-minute dump of packages from overwhelmed private shippers.

Postal workers who recall packages and letters piled up in distribution hubs are better prepared this time as they gear up for another pandemic crunch. But low product inventories, and port and supply chain disruptions are creating new uncertainty about getting gifts delivered.

Already, workers are seeing a surge in holiday packages that began several weeks ago. 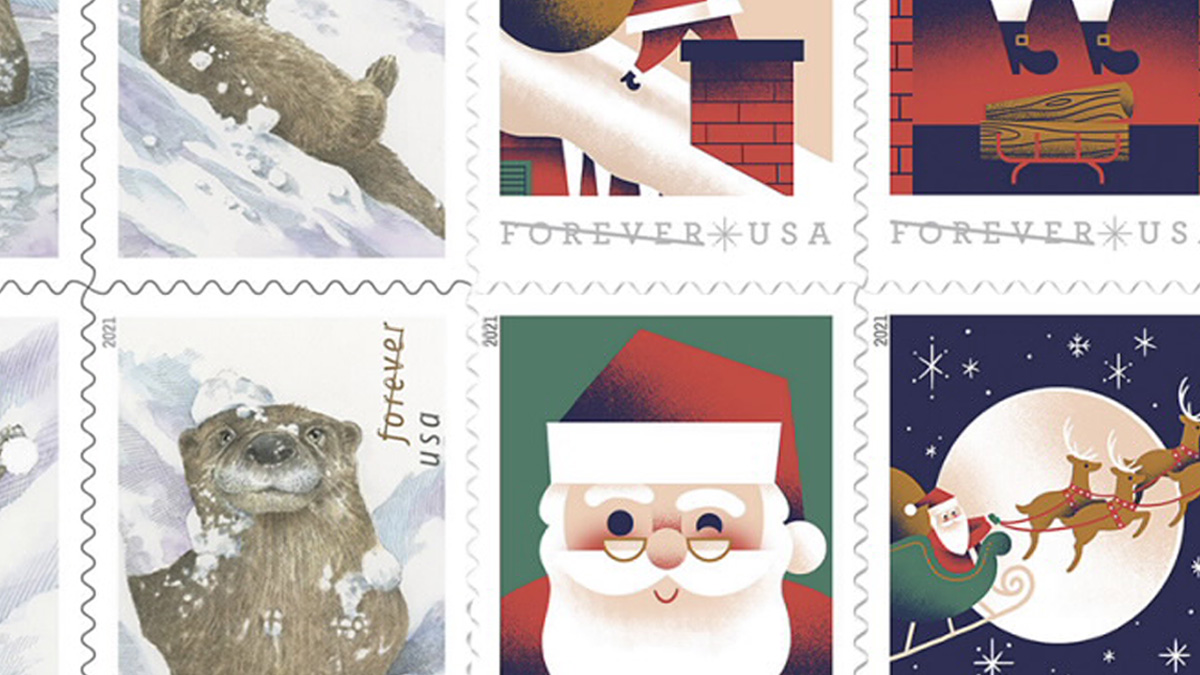 See All the 2021 Holiday Postage Stamps From USPS “A lot of the workers are saying, ‘Oh no. Here we go again,’” said Scott Adams, local president of the American Postal Workers Union in Portland.

The U.S. Postal Service and private shippers UPS and FedEx are bolstering their hiring — bringing in about 230,000 temporary workers — and taking other steps to ensure they don’t become overwhelmed by packages.

When cards and letters are included, the U.S. Postal Service said it'll be delivering more than 12 billion items.

“The pandemic is still here. The supply chain is a challenge that’s going to impact how people shop and how products move,” said Mark Dimondstein, president of the American Postal Workers Union, which represents more than 200,000 postal workers.

Despite the precarious situation, the Postal Service, UPS and FedEx are in better shape to handle the peak volume, and several trends could work in their favor, Jindel said.

More people are shopping in stores compared to last year, and people have been placing online orders earlier because they’re keenly aware of supply chain problems, Jindel said. Also, with workers returning to offices, there are fewer office supply shipments being made to homes, he said.

Most importantly, the shippers are adapting after their rough-and-tumble experience last year, he said.

“We are ready, so send us your packages and your mail,” he said.

A year ago, more than a third of Postal Service first-class mail was late by the time Christmas arrived.

Tractor-trailers stuffed with mail were left idling outside some postal-sorting facilities. Packages and letters piled up in distribution hubs. Delays grew by days, and then weeks, in many instances.

Two things were painfully obvious. More workers and more space were needed — and both are being addressed.

To get a handle of the volume, the Postal Service is transitioning more than 30,000 non-career employees to the ranks of career employees by peak season, hiring 40,000 seasonal employees, and leasing extra space at more than 100 locations to ensure there’s room for parcels.

For more than 100 years, thousands of children in need have been helped through USPS' Operation Santa. The documentary "Dear Santa" takes an inside look at what kids from all over the country ask St. Nick and how anyone can help make their dreams come true. The director, Dana Nachman, joined LX News to talk about which wishes touched her heart and what surprised her along the way.

The Postal Service installed more than 100 new package sorting machines as of early November, part of $40 billion of planned investment over 10 years. Also, more than 50 package systems capable of sorting large packages are expected to be deployed before December. Combined, these expand capacity by an additional 4.5 million packages per day, officials said.

UPS, for its part, is hiring more than 100,000 seasonal employees across the country and continues to add aircraft and automation. It expects nearly 90% of its packages to flow through automated facilities by year’s end.

FedEx, meanwhile, is in the process of boosting its nationwide workforce by 90,000 across its operating companies. Most of those new workers are expected to remain after the holidays, the company said.

Despite all those extra workers, the shippers agree that this is not the year for shoppers to procrastinate.