The Stonewall Inn: How a 1969 Uprising Made an NYC Bar a Landmark

Fifty-two years ago, the Stonewall Inn in Manhattan's Greenwich Village was an underground gay bar where a police raid sparked a rebellion that fueled the modern LGBTQ rights movement.

Today, it's still a bar, but a highly visible one. It's a landmark, with patrons flocking in from around the world to honor the rebellion's legacy.

But in mid-March 2020 the tavern, which has weathered physical and ownership changes over the years, was forced to close as NYC began its long battle against the COVID-19 pandemic. And after more than three months of not being able to open, the Stonewall Inn, that Greenwich Village symbol of pride, was on the verge of closing its doors for good.

The entire staff was forced out of work, and the business hoped for a loan, which never came.

Then the owners put out a plea for help — and got plenty of responses.

Co-owner Stacy Lentz made a GoFundMe page and the donations started pouring in. The campaign quickly soared past the initial goal of $50,000, and many more supporters came out to show how much the bar means to them.

The fight for LGBTQ equality goes back much further than the Stonewall riots, notes author Eric Cervini who discusses his new book "The Deviant's War: The Homosexual versus the United States of America."

"We understand we're the innkeepers of history," Lentz said.

The Stonewall Inn stands in part of its original space and serves as a gathering place and beacon for the LGBTQ community and others.

In 1969, the Stonewall was part of a Greenwich Village gay scene that was known, yet not open. At the time, showing same-sex affection or dressing in a way deemed gender-inappropriate could get people arrested, and bars had lost liquor licenses for serving such people. Some gay nightspots simply operated illegally.

A onetime horse stable in adjoining buildings at 51 and 53 Christopher Street, the Stonewall was a divey, unlicensed spot with darkened windows, black-painted walls and a doorman who scrutinized would-be patrons through a peephole. But it also had a popular, pulsating dance floor that attracted a diverse, largely young crowd.

The police raid in the wee hours of June 28, 1969, stirred a sudden resistance, as patrons and others outside the bar hurled objects at officers. Protests followed over several more days and led to new, more extensive and militant LGBTQ activist groups than the U.S. had seen before.

The bar itself didn't last long after the raid. Over the ensuing years, the space was divided and used by a bagel shop, a Chinese restaurant and other establishments, including a gay bar called Stonewall that briefly operated at 51 Christopher in the late 1980s. Renovations changed the interior decor. 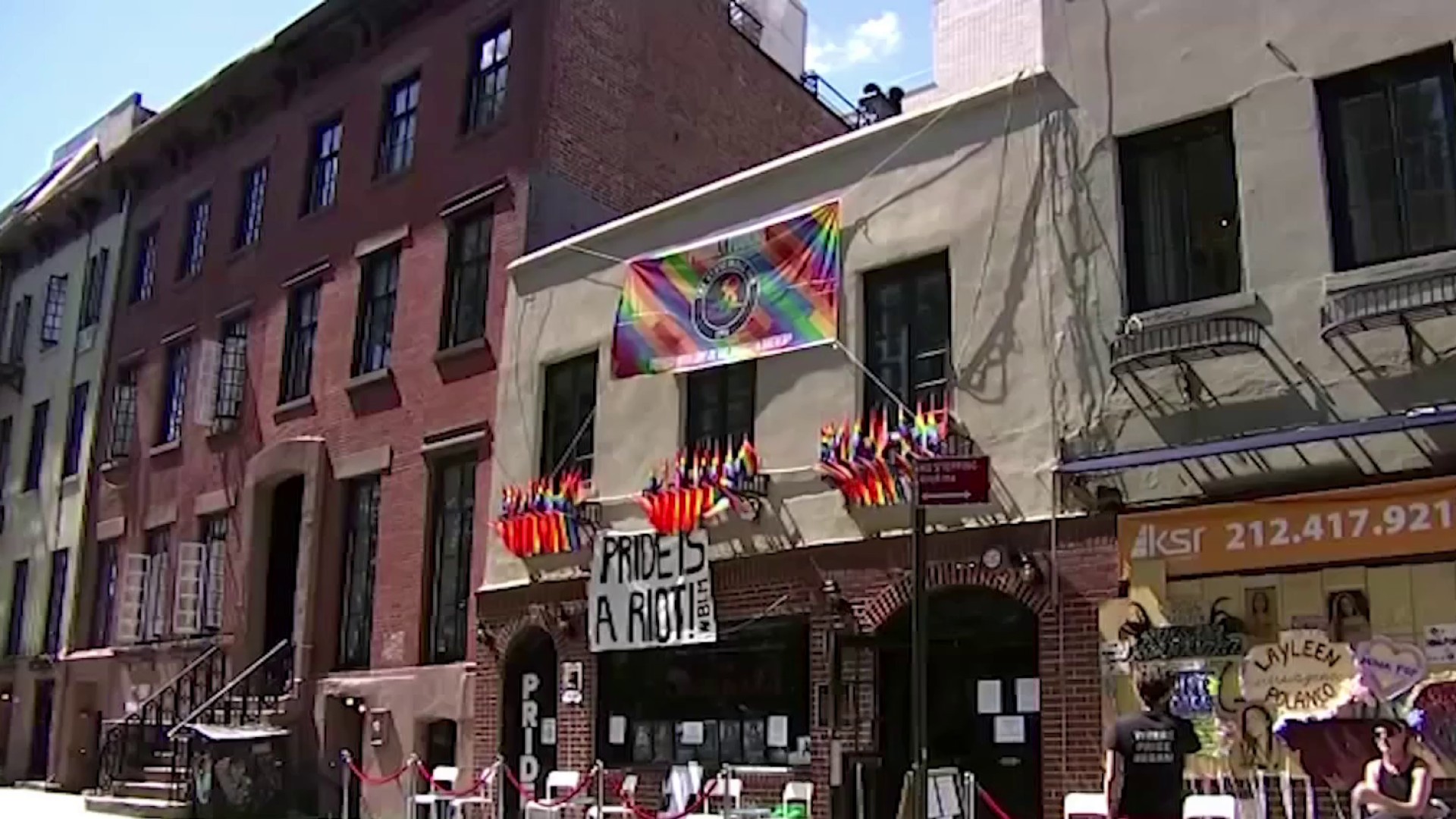 The Battle for LGBTQ Equality Began Well Before the Stonewall Riots

The current Stonewall Inn, at 53 Christopher, dates to the early 1990s.

For years, its path was pitted with financial strains, business vagaries and loss. One co-owner, Jimmy Pisano, died three months before the Stonewall rebellion's 25th anniversary in 1994.

His boyfriend, Thomas Garguilo — a marketing executive who had never planned on managing the bar — recalls a struggle to keep the business afloat for the milestone.

When it came, the Stonewall was indeed open, drawing so many people that a line formed just to take photos in front.

"It just felt like such a relief, a blessing," recalls Garguilo. Long gone from the Stonewall, he recently launched a website to highlight Pisano's role in maintaining what would later become a National Historic Landmark and part of the first national monument to LGBTQ rights.

"People walk past that place today and assume it's always been there," Garguilo says.

Co-President of InterPride, Julian Sanjivan, previews Saturday's 24-hour virtual pride event, which will serve as both a protest and a celebration with the participation of world leaders and celebrities.

Two other figures from Pisano's tenure, friend and business partner Bob Gurecki and renovation contractor Dominick DeSimone, oversaw the bar's next chapter, grappling with noise complaints and other issues.

Lentz and co-owner Kurt Kelly acquired the business in 2006, with investors' help, and have sought to keep its legacy current. They founded the Stonewall Inn Gives Back Initiative in 2017 to raise money to aid LGBTQ organizations in Kansas, Tennessee and elsewhere outside U.S. coastal cities.

"We really feel like the fire that started at Stonewall in 1969 is not done," Lentz said. "The battleground has just shifted."

The Stonewall Inn itself remains a place to measure key points in the arc of LGTBQ life in America.

People gathered there to cheer when the Supreme Court legalized gay marriage nationwide in 2015; to mourn the next year when a gunman killed 49 people at a gay nightclub in Florida; and to protest in 2017 when President Donald Trump rescinded guidance that encouraged letting transgender students use the bathrooms of their choice in school.

While promoting the fiction podcast "Sorry Charlie Miller," the actor Zachary Quinto talked about coming out as gay and becoming his authentic self amid a spate of suicides among young LGBTQ people.

The Stonewall has also become a sometime political campaign stop. In 2019, then-presidential hopeful Joe Biden visited. Former New York City Council speaker Christine Quinn, who tried in 2013 to become the city's first female and first openly gay mayor, remembers a rally at the Stonewall as a very meaningful "moment about aspirations and potential" in a campaign that ended at the Democratic primary days later.

The bar still gets police attention, but a very different kind than in 1969.

The Gay Officers Action League, which counts hundreds of active members in the New York Police Department and other nearby law enforcement agencies, holds its monthly meetings in the Stonewall's upstairs room. The organization held a get-together at the bar in 2019 for members and officers visiting for LGBTQ Pride events to reflect on the rebellion's 50th anniversary.

"As queer police officers, I think we have an added responsibility of acknowledging and ensuring that that ugly history doesn't happen again. So it'll be a nice night of absorbing and really taking a moment to be inside of that place," GOAL's president, NYPD Detective Brian Downey, said ahead of the event. "It'll be sort of a pilgrimage."

The NYPD itself apologized in 2019 for the 1969 raid, which Commissioner James O'Neill called "discriminatory and oppressive."

The Stonewall's recent history has some difficult moments, including a 2010 attack on a patron by two men who eventually pleaded guilty to hate crime assault. But problems have been few, said Kelly, who likes to tend bar from time to time.

He's especially pleased when customers who don't know its history wander in.

"Because," he says, "I get to tell the story over and over again."