US Gen. Austin Miller also said the Taliban not returning to peace talks 'does not make sense'

America’s top general in Afghanistan said Sunday that the U.S. military has begun closing down operations in the country and that Afghanistan’s security forces ‘must be ready” to take over.

He also said the Taliban not returning to peace talks “does not make sense."

Secretary of State Antony Blinken is in Afghanistan in an unannounced visit a day after President Joe Biden announced the withdrawal of US troops from the country.

In a terse tweet, Stanikzai said “soon the Taliban leaders name will be removed from blacklist. And 7,000 Taliban prisoners will be released.”

Until now Afghanistan's Council for National Reconciliation has tied the Taliban's twin demands to a cease-fire. Stanikazai made no mention of a cease-fire and there was no immediate comment from the reconciliation council headed by Abdullah Abdullah.

The Afghan government and President Ashraf Ghani have until now refused to release any more Taliban prisoners, charging the 5,000 his government released last year were at least in part responsible for the stepped-up violence, having returned to the battlefield. The Taliban deny the charges.

The 5,000 prisoners were released in keeping with the peace deal the previous U.S. administration negotiated with the Taliban, which the Biden administration reviewed and has largely followed. 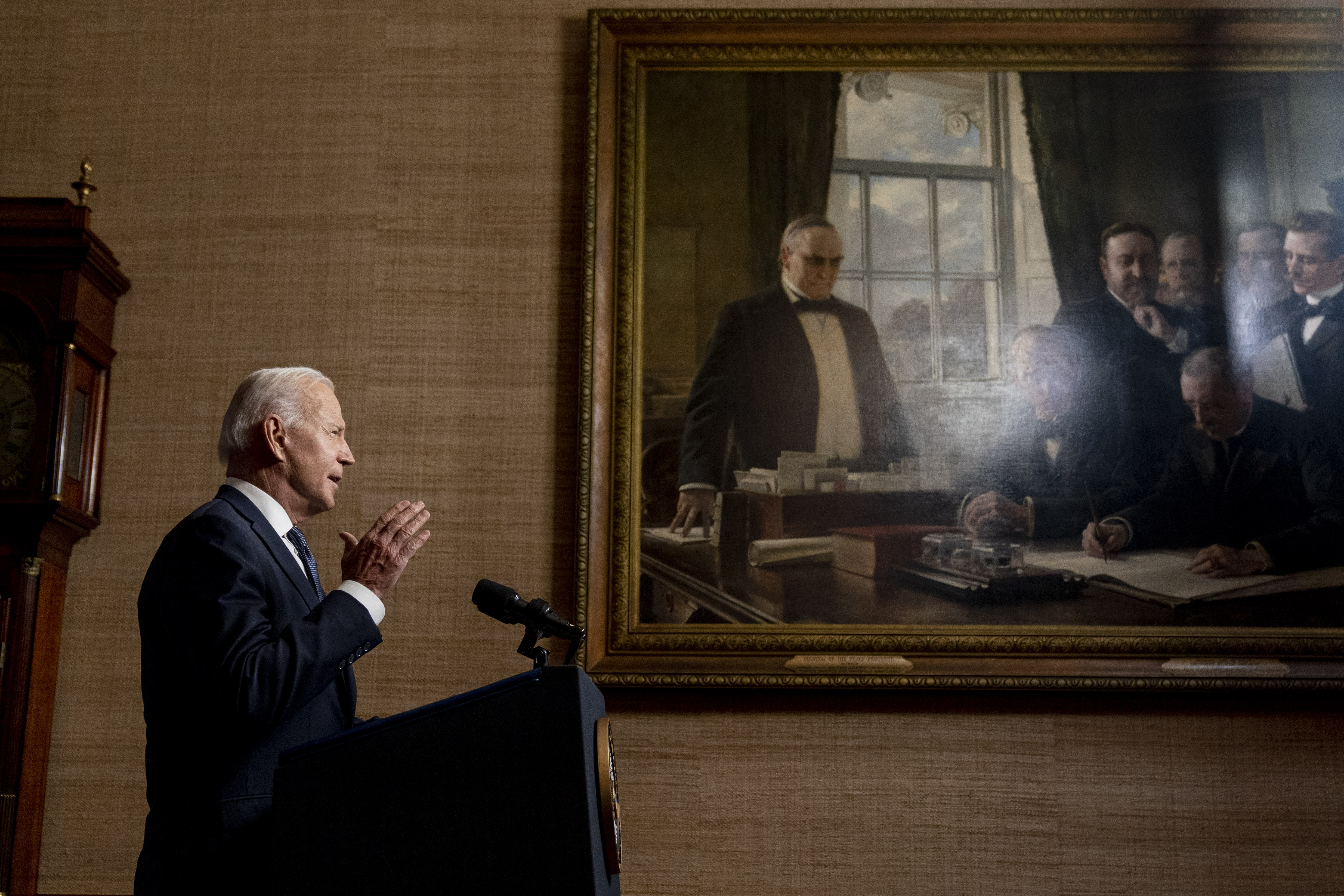 As Biden Improves With Vets, Afghanistan Plan a Plus to Some

Meanwhile, peace talks between the Taliban and Afghan government which were to begin in Turkey this weekend were canceled after the Islamic militia dismissed the U.S.-promoted conference in Istanbul as a political spectacle serving American interests.

“From a purely military perspective, the idea of them not returning to a peace process is, again, does not make sense,” Miller said. “A return to violence would be one senseless and tragic.”

While the official start to the withdrawal of Washington's 2,500 to 3,500 troops and NATO's 7,000 allied forces is May 1, Miller said “at the same time, as we start taking local actions, we’ve already begun that."

The U.S. military and NATO would be shipping some military equipment out of Afghanistan while deciding what would remain behind with the Afghan Defense and Security Force, he said.

In February last year, the U.S. military began closing its smaller bases. In mid-April, the Biden administration announced that the final phase of the withdrawal would begin May 1 and be completed before Sept. 11.