With the midterms drawing near, Trump has emphasized immigration

President Donald Trump escalated his immigration rhetoric at a midterm rally in Texas on Monday, falsely accusing Democrats of "encouraging millions of illegal aliens to break our laws, violate our borders and overwhelm our nation."

With weeks to go before Election Day, Trump is seeking to drive Republican turnout with his hard-line immigration policies. He cast the November choice in stark terms before the Houston rally for Republican Sen. Ted Cruz, saying Democrats "have launched an assault on the sovereignty of our country."

Trump spoke before a massive crowd on behalf of his former foe, who faces a strong challenge from Democratic Rep. Beto O'Rourke. When the two competed in the 2016 Republican presidential primary, Trump would frequently deride his rival as "Lyin' Ted" but said in Texas that their relationship had come a long way. 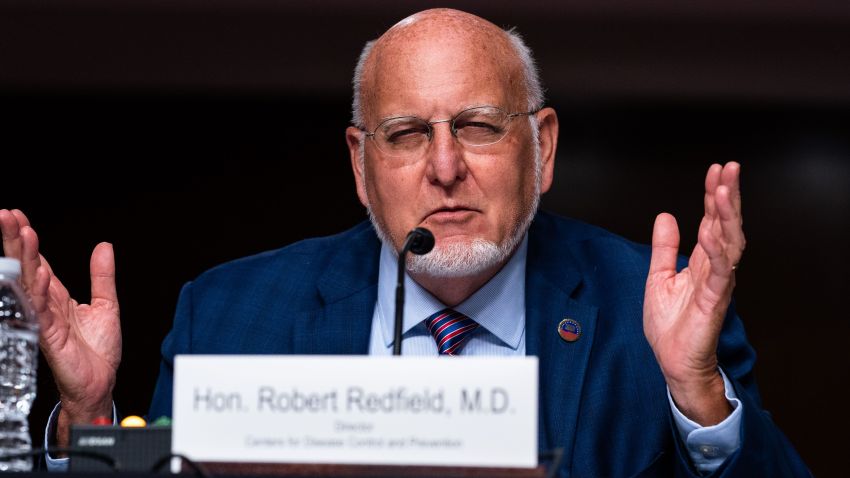 "Nobody has helped me more with your tax cut, with your regulation," Trump said, also attacking O'Rourke, as a "stone-cold phony."

With the midterms drawing near, Trump has emphasized immigration, targeting a migrant caravan heading to the U.S. southern border. The president's focus on immigration politics comes as he seeks to counter Democratic enthusiasm in November. Trump believes that his campaign pledges, including his much vaunted — and still-unfulfilled — promise to quickly build a U.S.-Mexico border wall, are still rallying cries.

President Donald Trump is holding a Houston rally for Republican Sen. Ted Cruz at the Toyota Center on Monday. He spoke with reporters in Washington, D.C. before leaving for Texas.

Trump is betting that his latest focus will further erode the enthusiasm gap that began to close during the debate over Brett Kavanaugh, Trump's nominee for the Supreme Court. But the approach offers both risks and rewards.

The hard-line rhetoric may be popular among the red-state rural Republicans who will play an outsized role in the top Senate contests. But it may further alienate the moderate Republicans and women in the overwhelmingly suburban races that will decide the House majority — including several in Texas, California and Florida that feature large Hispanic populations.

On Monday night, Trump called the caravan an "assault on our country" and suggested, without citing evidence, that "Democrats had something to do with it." He added: "We need a wall built fast."

Earlier Monday, Trump said the U.S. will begin "cutting off, or substantially reducing" aid to three Central American nations because of the caravan.

In Texas, an enthusiastic crowd packed into Houston's Toyota Center, wearing red Make America Great Again hats and waving signs, including some with the president's new catchphrase, "Jobs vs. Mobs."

Speaking before Trump took the stage, Cruz made clear that their conflict was behind them and that the two were working together. His biggest applause came when he predicted that "in 2020, Donald Trump will be overwhelmingly re-elected."

A series of elected state officials were among the warmup speakers, as well as Trump's daughter-in-law Lara Trump and son Eric Trump, who told the audience that "we are driving the Democrats absolutely nuts."

The president stressed tax cuts, the strong economy and the hurricane response in the state. He repeated his pledge for a new middle-income tax cut of about 10 percent, though he offered few details on the plan. Trump said they would be "putting it in" next week, though Congress is not in session.

Trump also criticized so-called globalists, declaring, "You know what I am? I'm a nationalist."

Trump's Texas stop is part of a campaign blitz that is expected to last until Election Day.

Although political relationships tend to be fluid, Trump's appearance for Cruz is notable, given that the two were bitter enemies during the 2016 primaries. After Trump insulted Cruz's wife and father, and Cruz refused to endorse Trump at the Republican convention, it was far from clear that the two would ever put it all behind them.

But they started rebuilding in the closing days of the campaign and have worked together since Trump took the White House.

The White House views Cruz as a loyal vote for his agenda. Trump promised he would come to Texas after the Senate race grew closer than expected, with O'Rourke out-fundraising Cruz and drawing large and enthusiastic crowds around the state. Cruz, who is leading O'Rourke in the polls, said over the summer that he would welcome Trump's support, though he has brushed off any suggestion he'd need Trump to win.

Trump on Monday did not voice any second thoughts about labeling Cruz the son of a presidential killer, telling reporters, "I don't regret anything."

Cruz gave back as good as he got in 2016. He savaged Trump as a "pathological liar," an "amoral bully" and a "sniveling coward." After Cruz lost the primary, he gave a speech at the Republican National Convention in which he did not endorse Trump and instead called on Republicans to "vote your conscience," drawing boos from the crowd. But he announced his support about a month before Election Day — and won points in Trump's camp for not withdrawing after the "Access Hollywood" tape was released in which Trump bragged about groping women.