The U.N. estimated the number of displaced at 100,000 since Wednesday

Turkey's military said it captured a key Syrian border town under heavy bombardment Saturday in its most significant gain since an offensive against Kurdish fighters began four days ago, with no sign of relenting despite mounting international criticism.

Turkish troops entered central Ras al-Ayn, according to Turkey's Defense Ministry and a war monitor group. The ministry tweeted: "Ras al-Ayn's residential center has been taken under control through the successful operations in the east of Euphrates" River. It marked the biggest gain made by Turkey since the invasion began Wednesday.

The continued push by Turkey into Syria comes days after President Donald Trump pulled U.S. forces out of the area, making Turkey's air and ground offensive possible, and said he wanted to stop getting involved with "endless wars." Trump's decision drew swift bipartisan criticism that he was endangering regional stability and risking the lives of Syrian Kurdish allies who brought down the Islamic State group in Syria. The Kurdish-led Syrian Democratic Forces was the main U.S. ally in the fight and lost 11,000 fighters in the nearly five-year battle against IS. 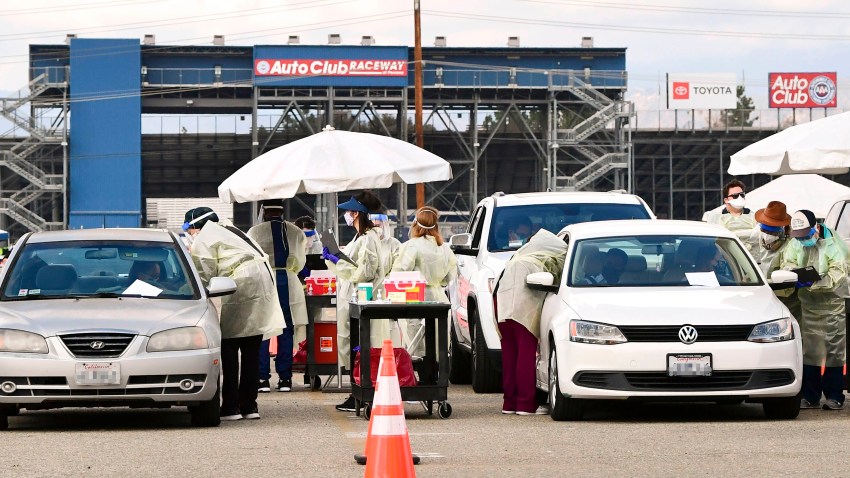 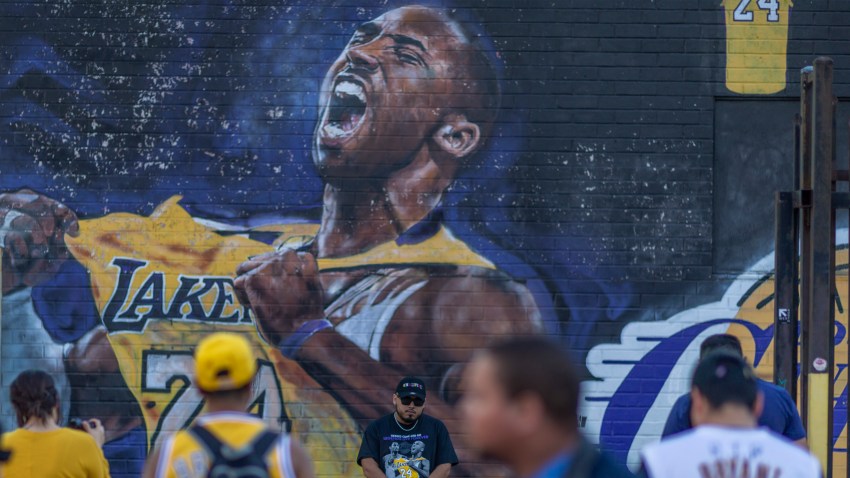 Kobe Bryant's Legacy Continues on One Year After His Tragic Death

Turkish troops and allied Syrian opposition fighters have made gains recently capturing several northern villages in fighting and bombardment that left dozens of people killed or wounded. The invasion also has forced nearly 100,000 people to flee their homes amid concerns that IS might take advantage of the chaos and try to rise again after its defeat in Syria earlier this year.

The Syrian Democratic Forces, or SDF, said the United States should carry out its "moral responsibilities" and close northern Syrian airspace to Turkish warplanes, but that it didn't want the U.S. to send its soldiers "to the front lines and put their lives in danger."

During a meeting Saturday in Cairo, the 22-member Arab League condemned what it described as "Turkey's aggression against Syria" and warned that Ankara will be responsible for the spread of terrorism following its invasion. The league said Arab states might take some measures against Ankara. It called on the U.N. Security Council to force Turkey to stop the offensive.

The Turkish offensive was widely criticized by Syria and some Western countries, which called on Turkey to cease its military operations.

Foreign Minister Heiko Maas announced Saturday that Germany would curtail its arms exports to Turkey. Maas told the weekly Bild am Sonntag that "against the background of the Turkish military offensive in northeastern Syria, the government will not issue any new permissions for any weapons that can be used by Turkey in Syria."

During the capture of Ras al-Ayn's residential center, an Associated Press journalist across the border heard sporadic clashes as Turkish howitzers struck the town and Turkish jets screeched overhead. Syrian Kurdish forces appeared to be holding out in some areas of the town.

The SDF released two videos said to be from inside Ras al-Ayn, showing fighters saying that it was Saturday and they were still there.

The fighting was ongoing as the Kurdish fighters sought to reverse the Turkish advance into the city, according to the Syrian Observatory for Human Rights, a British-based war monitor.

Ras al-Ayn is one of the biggest towns along the border and is in the middle of the area where Turkey plans to set up its safe zone. The ethnically and religiously mixed town with a population of Arabs, Kurds, Armenians and Syriac Christians had been under the control of Kurdish fighters since 2013. IS members tried to enter Ras al-Ayn following their rise in Syria and Iraq in 2014 but failed.

Most of the town's residents have fled in recent days for fear of the invasion.

Earlier Saturday, Turkish troops moved to seize control of key highways in northeastern Syria, the Turkish military and the Syrian Observatory said. Turkey's state-run Anadolu news agency said that Turkey-backed Syrian opposition forces had taken control of the M-4 highway that connects the towns of Manbij and Qamishli. The SDF said that Turkish troops and their Syrian allies reached the highway briefly before being pushed back again.

Kurdish news agencies including Hawar and Rudaw said that Hevreen Khalaf, secretary general of the Future Syria Party, was killed Saturday as she was driving on the M-4 highway. Rudaw's correspondent blamed Turkish forces for targeting Khalaf's car, and Hawar blamed "Turkey's mercenaries."

The Observatory said six people, including Khalaf, were killed by Turkey-backed opposition fighters on the road that they briefly cut before withdrawing.

The Turkish military aims to clear Syrian border towns of Kurdish fighters' presence, saying they are a national security threat. Since Wednesday, Turkish troops and Syrian opposition fighters backed by Ankara have been advancing under the cover of airstrikes and artillery shelling.

The U.N. estimated the number of displaced at 100,000 since Wednesday, saying that markets, schools and clinics also were closed. Aid agencies have warned of a humanitarian crisis, with nearly a half-million people at risk in northeastern Syria.

A civilian wounded in a mortar strike from Syria on Friday in the Turkish border town of Suruc died, Anadolu news agency reported Saturday, bringing the civilian death toll to 18 in Turkey. Turkey's interior minister said hundreds of mortars, fired from Syria, have landed in Turkish border towns.

The Observatory said 74 Kurdish-led SDF fighters have been killed since Wednesday as well as 49 Syrian opposition fighters backed by Turkey. That's in addition to 38 civilians on the Syrian side. It added that Turkish troops now control 23 villages in northeastern Syria.

Turkey's defense ministry said it "neutralized" 459 Syrian Kurdish fighters. The number could not be independently verified. Four Turkish soldiers have been killed since the beginning of the offensive, including two who were killed in Syria's northwest.

France's leader warned Trump in a phone call that Turkey's military action in northern Syria could lead to a resurgence of IS activity. President Emmanuel Macron "reiterated the need to make the Turkish offensive stop immediately," his office said in a statement Saturday.

A Kurdish police force in northern Syria said a car bomb exploded early Saturday outside a prison where IS members are being held in the northeastern city of Hassakeh. It was not immediately clear if there were any serious injuries or deaths.

Kurdish fighters are holding about 10,000 IS fighters, including some 2,000 foreigners.