Ukraine Stays Wary as Russia Says Some Troops Will Pull Back

President Joe Biden on Tuesday said the U.S. had not yet verified Russia's claim it was pulling back troops

Russia said Tuesday that some units participating in military exercises would begin returning to their bases, adding to glimmers of hope that the Kremlin may not be planning to invade Ukraine imminently, though it gave no details on the pullback.

The announcement came a day after Russia's foreign minister indicated the country was ready to keep talking about the security grievances that led to the Ukraine crisis — changing the tenor after weeks of rising tensions. Still, Western officials continued to warn that an invasion could come at any moment and said some forces and military hardware were moving toward the border, muddying the picture.

It wasn’t immediately clear where exactly the troops that the Russian Defense Ministry said were pulling back were deployed or how many were leaving, making it hard to understand the significance. The announcement pushed world markets and the ruble up, but Ukraine's leaders expressed skepticism. 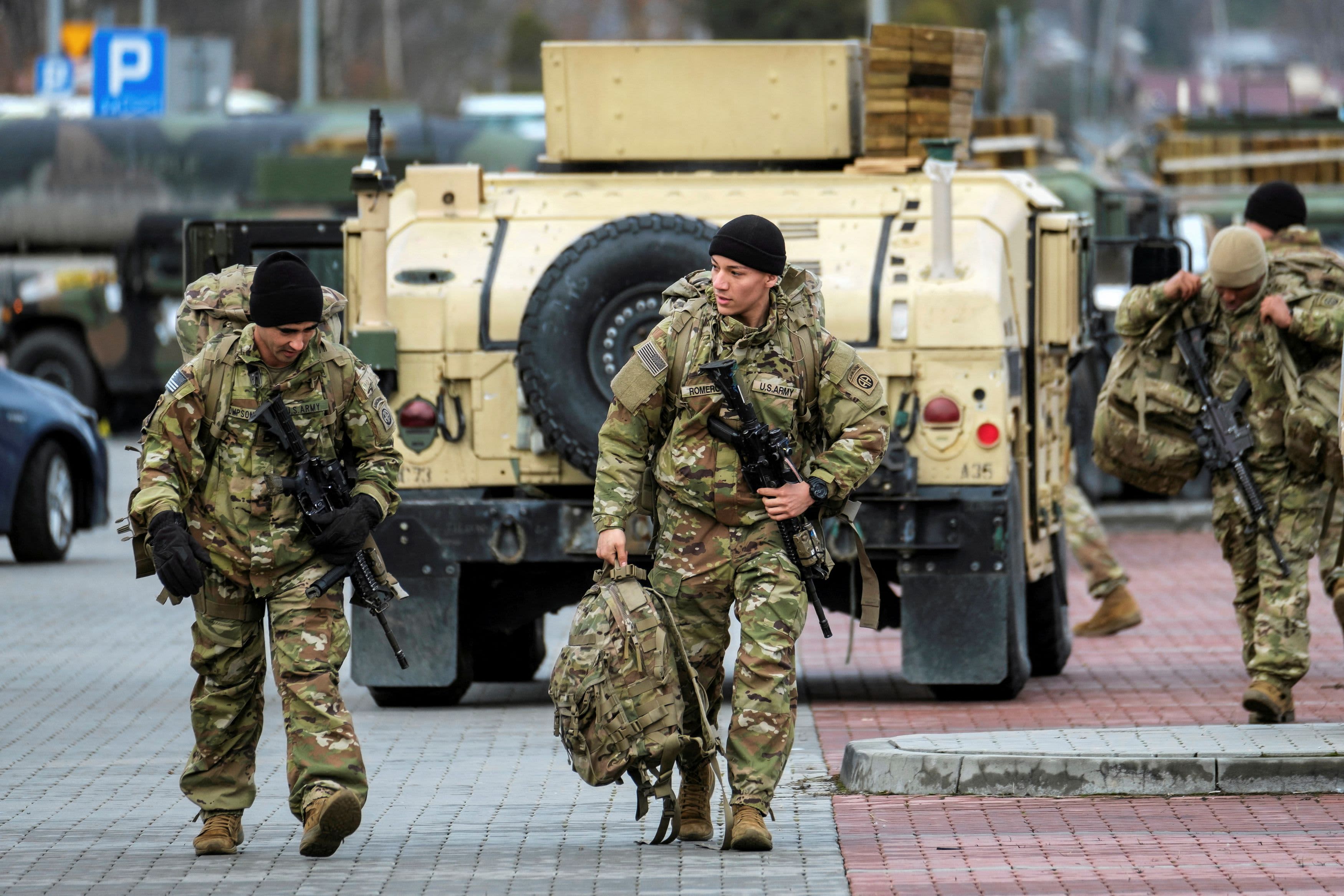 U.S. Troops in Poland Are Preparing to Help Refugees If Russia Invades Ukraine Biden: Defending Ukraine Liberty Could Cause US Economy Pain 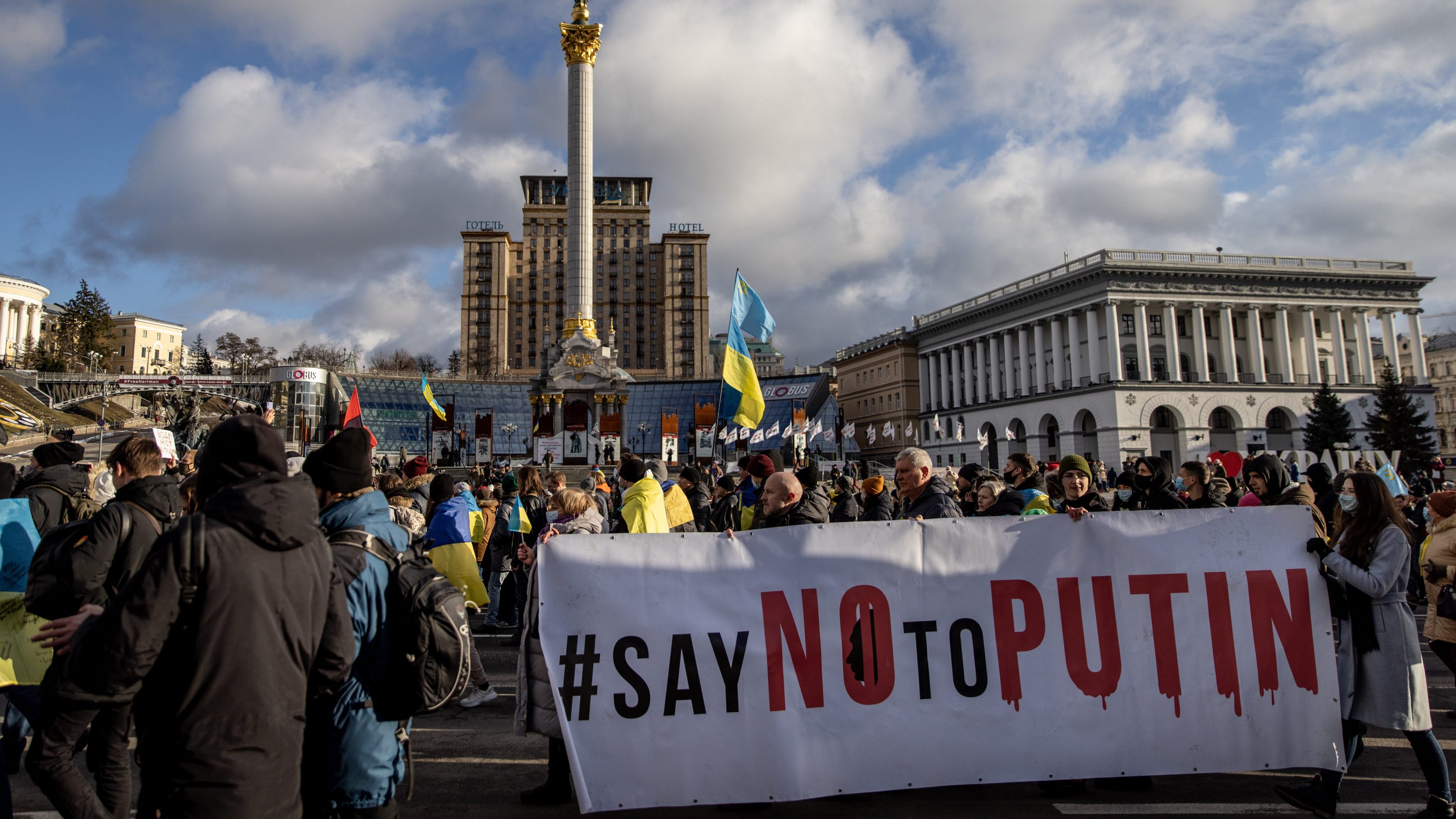 Sliver of Hope: Kremlin Sees a Diplomatic Path on Ukraine

President Joe Biden on Tuesday said the U.S.had not yet verified Russia's claim it was pulling back troops, adding that a Russian invasion was still a distinct possibility.

Russia has massed more than 130,000 troops near Ukraine, sparking the fears of an invasion. Russia denies it has any plans to invade Ukraine, despite placing troops on Ukraine’s borders to the north, south and east and launching massive military drills nearby.

The new glimmers of hope accompanied a flurry of diplomacy. German Chancellor Olaf Scholz planned to meet with Russian President Vladimir Putin in Moscow, a day after he sat down with Ukraine's leader in Kyiv. Foreign Minister Zbigniew Rau of Poland, one of Russia's most strident European critics, was also in Moscow on Tuesday to meet Lavrov, while Ukraine's foreign minister hosted his Italian counterpart.

Foreign Minister Sergey Lavrov's comments came at a made-for-TV meeting with Putin and seemed designed to send a message to the world about the Russian leader's position. The foreign minister argued that Moscow should hold more talks, despite the West’s refusal to consider Russia’s main demands.

The talks “can’t go on indefinitely, but I would suggest to continue and expand them at this stage,” Lavrov said, noting that Washington has offered to discuss limits for missile deployments in Europe, restrictions on military drills and other confidence-building measures.

Moscow wants guarantees that NATO will not allow Ukraine and other former Soviet countries to join as members. It also wants the alliance to halt weapons deployments to Ukraine and roll back its forces from Eastern Europe.

Lavrov said possibilities for talks “are far from being exhausted."

Putin noted that the West could try to draw Russia into “endless talks” and questioned whether there is still a chance to reach agreement. Lavrov replied that his ministry would not allow the U.S. and its allies to stonewall Russia's main requests.

“The path for diplomacy remains available if Russia chooses to engage constructively,” White House principal deputy press secretary Karine Jean-Pierre said. “However, we are clear-eyed about the prospects of that, given the steps Russia is taking on the ground in plain sight.”

One possible off-ramp emerged this week: Ukraine’s ambassador to the U.K., Vadym Prystaiko, pointed at a possibility of Ukraine shelving its NATO bid — an objective that is written into its constitution — if it would avert war with Russia.

U.S. officials say they are temporarily relocating the American embassy operations in Ukraine from Kyiv to lviv in western part of the country.

Prystaiko later appeared to back away from the idea, but the fact that it was raised at all suggests it is being discussed behind closed doors.

Even amid the hopeful signs, the U.S. and European countries kept up their warnings.

British Foreign Secretary Liz Truss reiterated Tuesday that the danger of an invasion still exists, telling Sky News that it “could be imminent.” But she added that “there is still time for Vladimir Putin to step away from the brink.”

U.S. officials have said the Russian military continued apparent attack preparations along Ukraine’s borders. A U.S. defense official said small numbers of Russian ground units have been moving out of larger assembly areas for several days, taking up positions closer to the Ukrainian border at what would be departure points if Putin launched an invasion.

The official spoke on condition of anonymity to discuss information not publicly released. CBS News was first to report on the movement of the units.

The U.S. is beefing up its presence on the Polish-Ukrainian border, deploying 3,000 more troops as tensions escalate between Russia and Ukraine. NBCLX Storyteller Clark Fouraker brings you the latest developments in the conflict.

Maxar Technologies, a commercial satellite imagery company that has been monitoring the Russian buildup, reported increased Russian military activity in Belarus, Crimea and western Russia, including the arrival of helicopters, ground-attack aircraft and fighter-bomber jets at forward locations. The photos taken over a 48-hour period also show ground forces leaving their garrisons and combat units moving into convoy formation.

Still, Ukrainian security and defense council chief Oleksiy Danilov downplayed the threat of invasion but warned of the risk of “internal destabilization” by unspecified forces.

“Today we do not see that a large-scale offensive by the Russian Federation can take place either on (Feb.) 16th or the 17th,” he told reporters. “We are aware of the risks that exist in the territory of our country. But the situation is absolutely under control.”

As if to show defiance, Ukrainian President Volodymyr Zelenskyy said Wednesday would be a "day of national unity," calling on the country to display the blue-and-yellow flag and sing the national anthem in the face of “hybrid threats.”

“It is not the first threat the strong Ukrainian people have faced,” Zelenskyy said Monday evening in a video address to the nation. “We're calm. We're strong. We're together.”

Ukraine was once part of the Soviet Union, and is now a buffer between Russia and European members of NATO, a military alliance led by the U.S. Sky News security and defense editor Deborah Haynes explains more about tensions in Ukraine and how negotiations are going between the U.S. and Russian leader Vladimir Putin.

The country is preparing nonetheless. Kyiv residents received letters from the mayor urging them “to defend your city,” and signs appeared in apartment buildings indicating the nearest bomb shelter. The capital has about 4,500 such sites, including underground parking garages, subway stations and basements, the mayor said.

Dr. Tamara Ugrich said she stocked up on grains and canned food and prepared an emergency suitcase.

“I don’t believe in war, but on TV the tension is growing every day, and it’s getting harder and harder to keep calm," she said. "The more we are told not to panic, the more nervous people become.”

The U.S. Department of State has issued a travel advisory for Ukraine.