Many leaders of the 28-nation bloc mistrust Johnson

Prime Minister Boris Johnson headed for the United Nations in New York on Sunday to argue that post-Brexit Britain will be a dynamic world power taking the lead on tackling climate change and an unstable Middle East. But he and his country face some big hurdles.

He is struggling to strike a withdrawal agreement with a skeptical European Union, and a looming verdict from Britain's Supreme Court could derail his Brexit plans.

Johnson is likely to be dogged by Brexit throughout his three-day trip to the General Assembly, the U.N.'s annual gathering of world leaders.

More than three years after Britain voted to leave the EU, the departure date has been postponed twice, and the U.K. Parliament has repeatedly rejected the only divorce deal offered. The country is facing a chaotic exit on Oct. 31 unless Johnson's government can, against the odds, secure a new agreement.

But many leaders of the 28-nation bloc mistrust Johnson, a brash Brexit champion who played a big role in persuading British voters in 2016 to opt to leave the EU. And they say Britain has not come up with workable ways to maintain an open border between EU member Ireland and the U.K.'s Northern Ireland — the key sticking point in the dispute.

A senior British government spokesman said talks with the EU so far have been positive, but "there is an awful lot of work still to do." 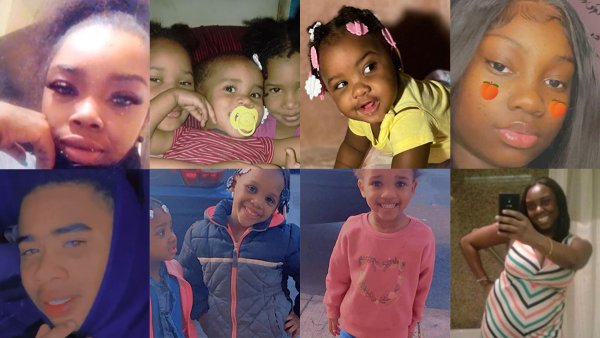 Funeral Held for 12 Who Died in Philly Rowhome Fire

"What is obviously encouraging is that all sides do want to try and achieve a deal," he said, speaking on condition of anonymity to discuss the government's thinking.

European Commission President Jean-Claude Juncker said a no-deal Brexit "would have catastrophic consequences," including customs posts and other barriers between Ireland and Northern Ireland. But he said it would be Britain's fault.

"We did not invent the Brexit," Juncker told Sky News in an interview broadcast Sunday. "We were never pleading in favor of any kind of Brexit. That's a British decision, and so it has to be dealt with in that way."

Johnson also has a meeting scheduled with President Donald Trump, who has called the British leader "a really good man" and claimed that some refer to Johnson as "Britain Trump."

There are similarities: the distinctive hair, the use of populist people-versus-elites rhetoric. However, the two leaders differ significantly on climate change. Trump pulled the U.S. out of an international climate accord, while Johnson is committed to slashing carbon emissions and will extol Britain as a leader in clean energy during a U.N. Climate Action Summit on Monday.

Johnson is keen to keep on the good side of the mercurial president, since a future free trade deal with the United States is seen by the government as one of the main prizes of Brexit.

At home, Johnson is bracing for a Supreme Court ruling on whether he broke the law when he suspended Parliament for five weeks ahead of the Oct. 31 Brexit deadline.

Johnson says the suspension was a routine measure to prepare for a new session of Parliament. Opponents claim he acted illegally to stop lawmakers from interfering with his plan to leave the EU, with or without a Brexit deal.

The 11 justices could rule as early as Monday. A ruling that the suspension was illegal would be a huge blow to Johnson's authority and could see lawmakers recalled to Parliament immediately.

The turbulent backdrop means Johnson may struggle to gain attention at the U.N. when he announces new programs to fight climate change and preserve biodiversity, tells a business audience in New York that "post-Brexit Britain will be a better place to invest in and live in," or discusses "British values" in a speech to the General Assembly on Tuesday.

Steven Fielding, a political historian at the University of Nottingham, said Johnson's nationalist, pro-Brexit stance means he is no longer seen as the liberal "outward-looking" politician who served as London mayor from 2008 to 2016.