"May you both rest in peace and have fun in heaven until we meet again one day," Vanessa Bryant said of Kobe and Gianna

Vanessa Bryant spoke intimately about love and loss Monday in front of a crowd of thousands at the memorial service honoring the lives of her husband Kobe, daughter Gianna and the other seven victims lost in the helicopter crash in Calabasas on Jan. 26.

She started by paying tribute to Gianna then Kobe.

"We will not be able to see Gigi go to high school," she said. "We didn't have the chance to teach her how to drive a car. I won't be able to tell her how gorgeous she looks on her wedding day or see her walk down the aisle. She won't have a father-daughter dance with her daddy or dance on the dance floor with me or have babies of her own. Gianna would have been an amazing mommy." 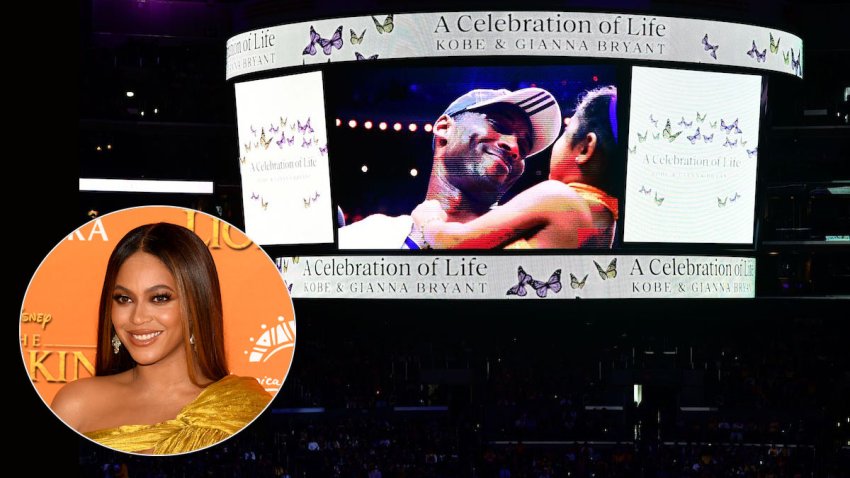 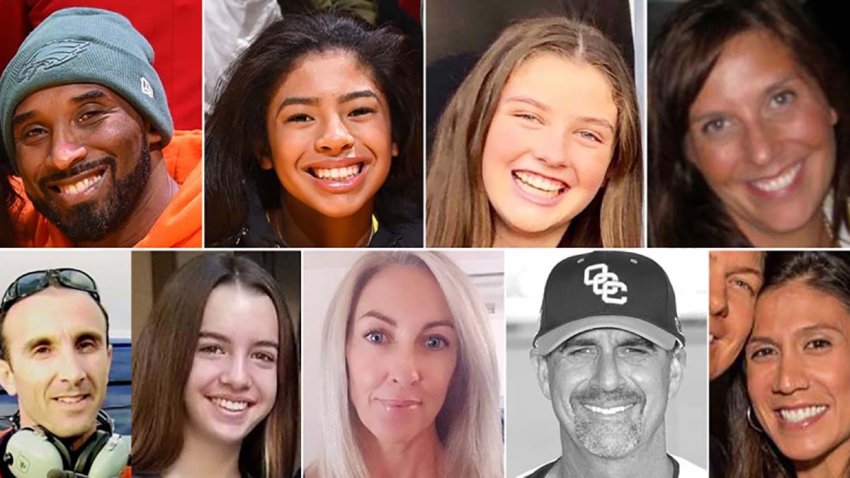 Helicopter Company Sued for Crash That Killed Kobe Bryant, 8 Others

Vanessa Bryant fought back tears as she described her daughter as a sweet, thoughtful soul who loved always kissing her mother good morning and goodnight.

She said the 13-year-old loved basketball so much she even offered the boys’ school team advice. Vanessa predicted that Gianna could have become “the best player in the WNBA,” which the audience cheered.

In a crowd that included stars like Jennifer Lopez, Beyonce, Magic Johnson and Alex Rodriguez, Bryant spoke haltingly at times, emotion building in her voice as she carried on.

"Gianna had so much to offer this world," she continued. "I cannot imagine life without her. Every day I love you."

Then, speaking of her "soulmate" Kobe, Vanessa said she could never see him as a celebrity or star basketball player that the rest of the world saw. "He was my sweet husband and the beautiful father of our children. He was mine. He was my everything. Kobe loved me more than I could ever put into words. We balanced each other out. I have no idea how I deserved a man that loved and wanted me more than Kobe."

Vanessa said God knew her husband and daughter couldn't be on Earth without each other. "He had to bring them home to have them together, she said. "Babe, you take care of our Gigi...We love and miss you boo boo and Gigi. May you both rest in peace and have fun in heaven until we meet again one day. We love you both and miss you forever and always ...Mommy."

Along with Bryant and his daughter, also killed in the crash were:

-- John Altobelli, 56, longtime coach of the Orange Coast College baseball team, along with his wife, Keri, 46, and their 13-year-old daughter Alyssa, who was a teammate of Gianna on Bryant's Mamba Sports Academy basketball team;

-- Sarah Chester, 45, and her 13-year-old daughter Payton, who also played with Gianna and Alyssa;

-- Christina Mauser, 38, one of Bryant's assistant coaches on the Mamba Academy team; and