Republican governors in two states this week rejected legislation to ban transgender players from girls sports — signs that there are some remaining fractures among GOP leaders over how to navigate gender’s reemergence as a culture war issue.

Still, those decisions to buck the party’s conservative wing could prove short-lived against a fired-up GOP base and lawmakers angling to overrule the governors.

Their opposition puts them at odds with some of their high-profile counterparts in states such as Iowa, Florida and South Dakota, where politically ambitious governors have leaned into the debates as LGBTQ Americans have grown increasingly visible in society and pop culture.

Given the very few transgender student-athletes playing in both states — four in Utah and none in Indiana — Cox and Holcomb say bans address a problem that is virtually nonexistent and distract from a broader conservative agenda.

Holcomb said in a veto letter that Indiana lawmakers' rationale for a ban “implies that the goals of consistency and fairness in competitive female sports are not currently being met."

“After thorough review, I find no evidence to support either claim even if I support the effort overall,” he added. 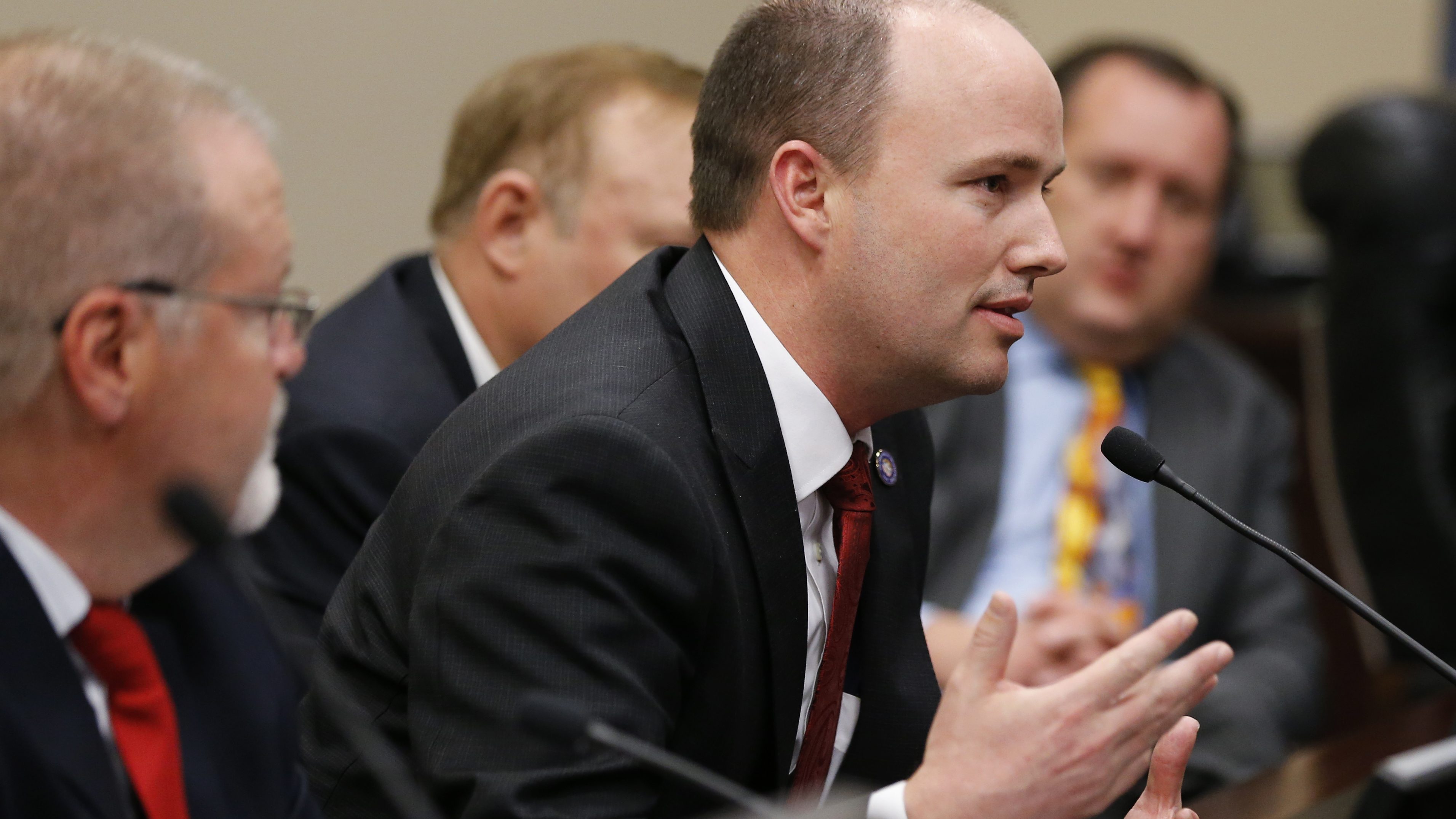 The Associated Press last year reached out to two dozen lawmakers in the more than 20 states considering similar youth sports measures and found that only a few times has it been an issue among the hundreds of thousands of teenagers who play high school sports.

But lawmakers in Utah and Indiana are undeterred, arguing transgender girls can have a physical advantage.

“This is not about the number of children. This is not about a number at all. This is about a fundamental belief — that you either have or you don’t — that women's sports need to be preserved for those that are biologically born as and identify as female," said Utah Rep. Kera Birkeland, a Republican high school basketball coach who sponsored the ban.

Legislative leaders say they've whipped the votes to override the vetoes and join nearly a dozen other states in restricting which teams transgender kids can play on. The Indiana bill passed with broad support and legislative leaders are meeting at the end of May and could override it with simple majorities.

Many point to the transgender swimmer Lia Thomas, who won an individual title at the NCAA Women’s Division I Swimming and Diving Championship last week. While she also placed 5th and 8th in two other races, her win drew widespread attention, including from Republican politicians like Florida Gov. Ron DeSantis, who issued an official proclamation declaring the runner-up the “real winner.”

Until two years ago, no state had passed a law regulating gender-designated youth sports. But the issue has become front-and-center in Republican-led statehouses since Idaho lawmakers passed the nation's first sports participation law in 2020. It’s now blocked in court, along with another in West Virginia.

Governors in states like Kansas, Louisiana and North Dakota vetoed similar legislation last year, citing fear of lawsuits or reprisal from businesses or sports associations like the NCAA or NBA. Though the organizations relocated events from North Carolina in 2016 after lawmakers limited which public restrooms transgender people could use, the states that have passed bans on transgender student-athletes have generally not faced similar backlash.

Pushback has come from social conservatives, though. In South Dakota, Gov. Kristi Noem, a possible 2024 presidential hopeful, faced pressure after vetoing a ban last year. She quickly pushed one through this year and promoted the legislation with a series of TV ads.

In Utah, Cox cited in his veto letter the wider message the ban sends to transgender kids, who have disproportionately high suicide rates. In an apparent acknowledgement that lawmakers would override his veto, he said he knew that signing it into law would have been the more politically expedient move.

Lawmakers are confident they'll be able to override the veto after flipping several Republicans who voted against the ban and face reelection challenges from the right in primary races decided by a smaller group of ultra conservative party members.

“Gov. Cox is fearing this may cost him his political career,” said Troy Williams, executive director of Equality Utah. “The message that young people and their parents are receiving is that the Legislature is hostile to their lives.”

Holcomb and Cox also worry about devoting taxpayer money to legal fees. “Let somebody else, let Idaho spend millions of dollars defending this and then, whatever happens, we can react to that,” Cox said.

While LBGTQ advocates and allies may have made inroads with governors, much of the party seems “fairly unified in its anti-transgender stance in the states right now,” said Jason Pierceson, professor of political science at the University of Illinois, Springfield.

The push dates back to the Supreme Court decision legalizing same-sex marriage in 2015 and another authored by the new conservative majority on the high court in 2020 finding the Civil Rights act prohibited employment discrimination for transgender people, he said.

Some conservative activists are hoping that a federal judiciary with more judges appointed by former President Donald Trump could help new legislation hold up in court, he said.

Meanwhile, there are also bills in several states that would restrict gender-confirming care for transgender youth. DeSantis also signed legislation this year that bars instruction on sexual orientation or gender identity in kindergarten through third grade, dubbed the “Don’t Say Gay” bill.

“At this point, Gov. Cox seems like an outlier on this issue,” said Chris Karpowitz, a political science professor at Brigham Young University. “This seems to be an issue that is provoking a lot of fear, a lot of anger, a lot of activist energy."

Multiple LGBTQ groups have said Florida's "Don't Say Gay" bill will harm LGBTQ kids and educators seeking affirmation in the classroom. They "desperately just need us to provide them a safe place to belong. And instead, they're being demonized and used as political pawns," says Brandon Wolf of Equality Florida. Gov. Ron DeSantis, who is expected to sign the bill after it passed the state Senate, has previously said the bill is about giving parents "a seat at the table when it comes to what's going on in their schools."
Copyright AP - Associated Press