Vigils Held for Uvalde Community in Texas, Across US After School Shooting

Mourners in Uvalde, San Antonio and Austin gathered to mourn the 19 students and two teachers killed in the shooting at Robb Elementary School

Mourners in Uvalde and other Texas cities held vigils Wednesday for the 19 children and two teachers killed in Tuesday’s shooting at an elementary school.

“Our hearts are broken. We are devastated,” Pastor Tony Gruben of Baptist Temple Church said at the Uvalde County Fairplex Wednesday evening.

Other vigils in Texas cities were held in San Antonio and in the state capital of Austin, while people in cities nationwide from New York to San Diego also grieved for the losses.

In San Antonio, around 80 miles to the east, a crying woman distributed flowers and balloons to the mourners who gathered at San Fernando Cathedral.

“Children shouldn’t suffer at the hands of anyone,” said San Antonio resident Justin “Tex” Mire, a father of four. “You always have to believe there’s hope.” 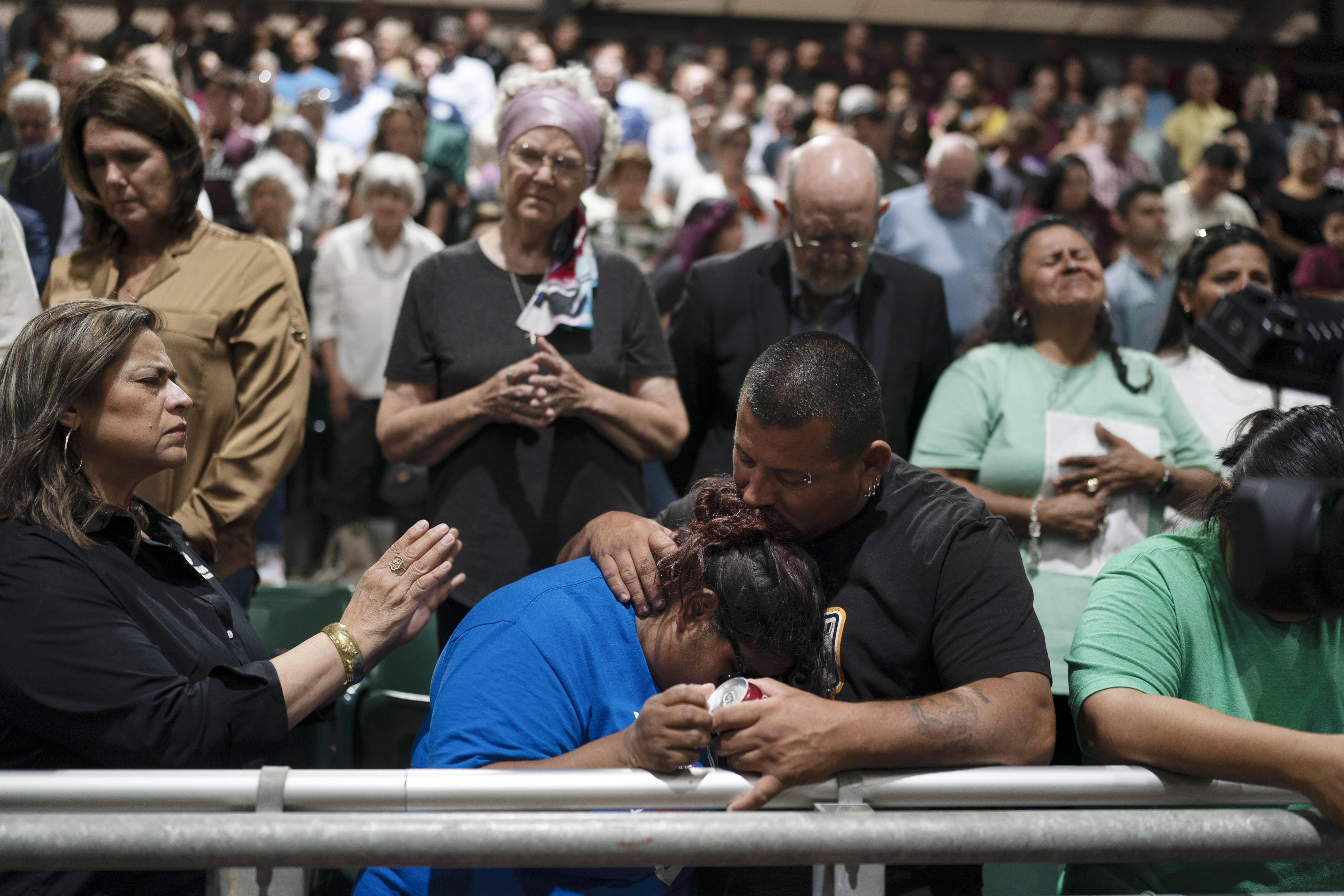 Click here for complete coverage of the school shooting in Uvalde, Texas.