Virus Spikes Have Officials Looking to Shore Up Hospitals

The seven-day rolling average for daily new cases has reached nearly 60,000 — the highest since July

Hospitals across the United States are starting to buckle from a resurgence of COVID-19 cases, with several states setting records for the number of people hospitalized and leaders scrambling to find extra beds and staff. New highs in cases have been reported in states big and small — from Idaho to Ohio — in recent days.

The rise in cases and hospitalizations was alarming to medical experts.

Around the world, disease trackers have seen a pattern: First, the number of cases rises, then hospitalizations and finally there are increases in deaths. Seeing hospitals struggling is alarming because it may already be too late to stop a crippling surge.

The Centers for Disease Control and Prevention is updating what it defines as “close contact” with someone who tested positive for COVID-19.

Dr. Jay Butler, deputy director for infectious diseases for the Centers for Disease Control and Prevention, said Wednesday the United States is seeing a “distressing trend” with COVID-19 cases growing in nearly three-quarters of the country.

“We’re seeing cases increase in really all parts of the country — in the Midwest, particularly — likely in part because people are moving indoors with the arrival of cooler temperatures,” Butler told reporters at a briefing at CDC headquarters in Atlanta.

“Another factor is that smaller, more intimate gatherings of family, friends and neighbors may be driving infections as well, especially as these gatherings move indoors and adherence to face coverings and social distancing may not be optimal.”

Surges in coronavirus cases have led hospitals in Rocky Mountain states to raise concerns as their intensive care bed space dwindles. Utah, Montana and Wyoming have all reported record highs this week for the number of people hospitalized with COVID-19. Seven of 10 intensive care beds were filled in Utah hospitals and about six in 10 in Montana.

In Nevada, where the economy relies heavily on the tourism industry, officials have stressed the need to maintain steady trends to bring back concerts and conventions that employ thousands on the Las Vegas Strip.

When Gov. Steve Sisolak, a Democrat, lifted the 50-person cap on gatherings on Oct. 1, he said he hoped to ensure safety while “preventing a rollercoaster of up and down cases that leads to uncertainty for meeting and convention and event planners.”

Now, amid an autumn surge in new cases, Nevada is among seven states with more than 8% of hospital capacity taken up by COVID-19 patients. Due to competing demands, particularly from flu season, 71% of the state’s hospital beds are occupied, the Nevada Hospital Association reported.

State officials worry that hospital beds will fill up if trends continue. Nevada reported 535 confirmed and suspected COVID-19 hospitalizations on Wednesday, up 19% from Oct. 1.

In contrast to cruise ships, airliners have not proven to be hot beds for COVID-19 infections, and experts say it's because of unique airflow patterns on planes.

“One day is fine and you’re not at the capacity. A week later, you can be bumping up against your capacity for beds and for ICU units. Hospitals can then be teetering on the edge of having to turn patients away. We have to avoid that,” Sisolak said.

More than 40 million people around the globe have contracted the virus and more than 1.1 million people have died. In the United States, there have been more than 8 million confirmed cases and more than 220,000 deaths. The seven-day rolling average for daily new cases has reached nearly 60,000 — the highest since July.

In some cases, spikes are happening as schools reopen and as Americans grow weary of wearing masks and practicing social distancing.

“At this point in the pandemic, everybody’s tired. Everybody’s craving human interaction,” Popescu, the epidemiologist, said.

Winter is a busy season for hospitals as influenza and other respiratory illnesses ramp up with more people congregating indoors. “I worry a COVID wave that causes a heavy surge on hospitals that are already very busy will further add stress to a system that is exhausted,” Popescu said.

Selin Bert’s mother-in-law is among those who had to be hospitalized in recent weeks. The Mesquite, Nevada, woman had symptoms at home for a few days but her health deteriorated so much that she had to be rushed to the hospital after a family member found her on the bathroom floor.

She ended up in the ICU in Las Vegas and has since been released, but remains severely fatigued. 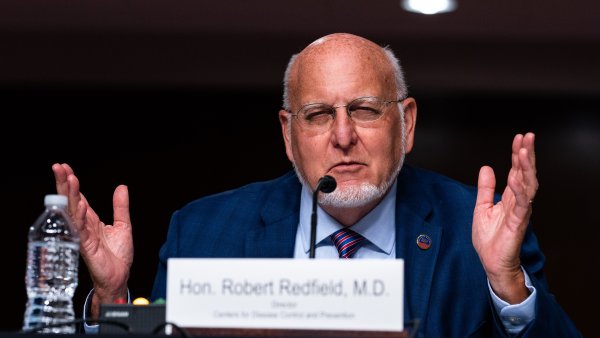 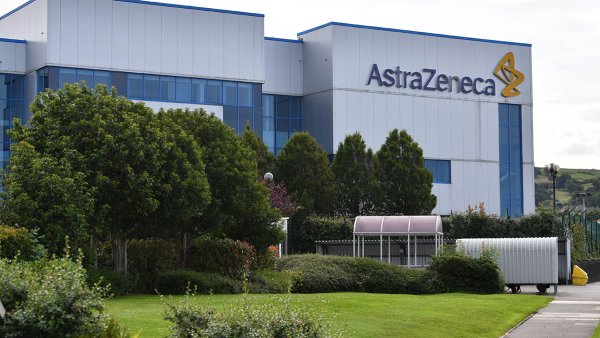 Bert suspects her mother-in-law was infected during a visit from her grandchildren, who traveled from Montana. But the topic of how she got infected is a delicate one in the family given how serious her illness was.

“We don’t want to even ask because now it’s become a very touchy subject. Because if someone says to you, ‘Hey, you potentially killed your mom, or could have killed your mom,’ it doesn’t really bode well for the family reunion."

Coronavirus cases are rising so fast in North Dakota that it’s taking officials up to three days to notify people after they test positive, and as a result the state has fallen way behind on tracing their close contacts who might have been exposed.

Republican Gov. Doug Burgum and the North Dakota Department of Health said they’re shifting 50 National Guard members from contact tracing to simply notifying people who test positive. And public health officials will no longer notify close contacts of people who tested positive; instead people will be instructed to self-notify their close contacts and direct them to the department’s website.

Nebraska began imposing new coronavirus restrictions Wednesday, after the number of people hospitalized remained at a record level of 380 for two straight days and the state reported 11 new deaths from the virus.

Cliff Robertson, CEO of CHI Health, said his hospital group is working to bring in nurses from other parts of the country to handle the additional cases.

Over the past seven days, Nebraska has reported an average of 854 new cases per day, up significantly from two weeks ago when the state was reporting an average 525 cases per day, according to data from Johns Hopkins University.

The trend led Republican Gov. Pete Ricketts to announce new restrictions that took effect Wednesday. Hospitals now must keep 10% of their beds free for COVID-19 patients, and customers at restaurants and bars must remain seated at tables with no more than eight people.

Meanwhile, deaths were on the rise in some states. Minnesota reported 35 confirmed new COVID-19 deaths on Wednesday, tying a single-day record set on May 28. And the Iowa Department of Public Health reported 31 new deaths, the most confirmed in a 24-hour period since the beginning of the pandemic.

Despite having some of the strictest rules in the country, New Mexico Gov. Michelle Lujan Grisham, a Democrat, has been struggling in recent weeks with a surge in cases and increases in transmission and positivity rates. The governor said she believes the increases are the result of people letting their guard down.

She’s imposing more restrictions on businesses in hopes of curbing the surge, saying her goal is to limit pressure on hospitals.

“We don’t have much time,” she said. “If we don’t attack and snuff out the virus right now by working collectively with businesses and each other, then the virus will win and it leaves us very little opportunity to save lives and to keep our health systems from being overrun.”

Peters reported from Milwaukee and Johnson reported from Washington state. AP journalists from around the United States contributed to this report.