What Constitutional Right to Vote? A Timeline of the Fight for Universal Suffrage

The U.S. Constitution doesn’t explicitly grant the right to vote and initially left voting regulations to the states, which limited the right to different groups

A federal appeals court last week upheld an order by Texas Gov. Greg Abbott, a Republican, limiting drop-off sites for mail ballots to one per county no matter its size, issuing a blow to Democrats and voting rights groups who argued the restriction made it needlessly harder for voters to cast ballots.

Abbott said the limit on drop-off sites is necessary to ensure election security and the appeals court noted the governor had extended early voting in the state due to the coronavirus pandemic, allowing voters more time to return their mail-in ballots in person before Election Day. Abbott's decision, however, came after prominent Texas Republicans sued over the expansion and some of the state's largest and mostly Democratic counties announced they were setting up multiple locations for voters to drop off ballots.

The legal back-and-forth is far from over. On Thursday, a state district judge struck down Abbott's decision in a separate case focused on potential violations of state law. Texas Attorney General Ken Paxton, a Republican, quickly filed an appeal.

It is just one of numerous battles playing out in states across the country this election season over who can vote and how those ballots will be counted. Life on the Line: Early Voters Wait ‘as Long as It Takes' 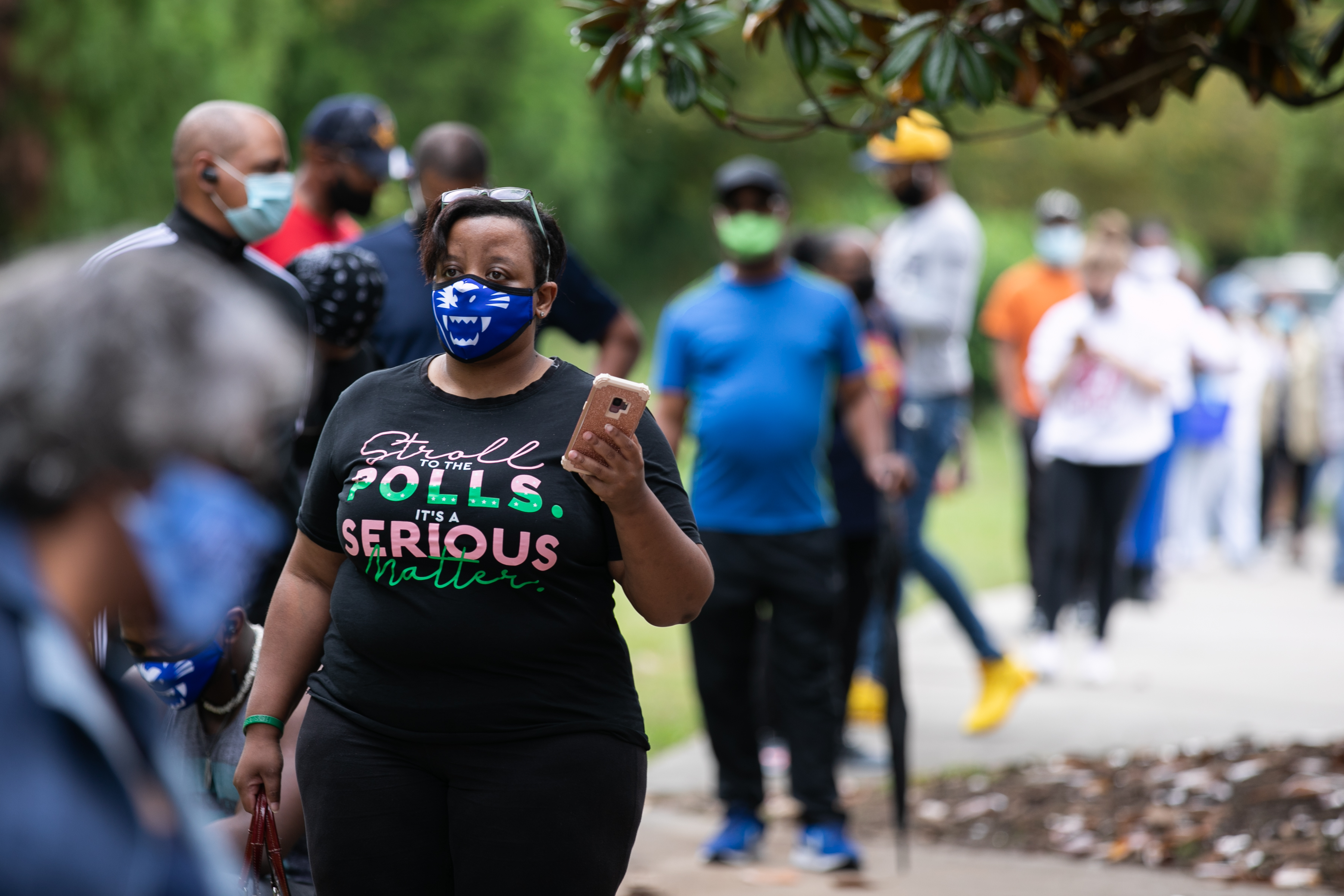 In Florida, where voters in 2018 overwhelmingly approved a constitutional amendment to restore voting rights to residents with felony convictions who have completed their sentence, Republican lawmakers moved to define what it means to “complete a sentence.” The GOP-controlled legislature worked to weaken the amendment by requiring those with felony convictions to pay off all fines and fees in order to be eligible to vote. In September, a federal appellate court agreed. Former New York Mayor Mike Bloomberg pledged to resolve unpaid fines that are keeping them from the polls, prompting the state’s Republican attorney general to investigate at the urging of Gov. Ron DeSantis.

“The right to vote is fundamental to our democracy and no American should be denied that right. Working together with the Florida Rights Restoration Coalition, we are determined to end disenfranchisement and the discrimination that has always driven it,” Bloomberg said in statement announcing the effort.

The U.S. Constitution doesn’t explicitly grant the right to vote and initially left voting regulations to the states, which limited the right to different groups. Later amendments such as the 15th, 19th and 26th forbade state and federal governments from placing restrictions on voting based on a person’s race, color, sex and age.

Stacey Abrams talks about her new documentary, "All In: The Fight for Democracy," which details the history of voter suppression.

More recently, Democrats say that the 2013 Supreme Court decision in Shelby County v. Holder — which lifted restrictions on states with a history of discrimination — unleashed a new set of voting restrictions, from voter ID laws to limits on early voting. Republicans defend some changes as necessary to prevent fraud.

Meanwhile, President Donald Trump's false claims of widespread mail-in voter fraud and recent calls for his most fervent supporters to monitor the polls on Election Day have raised concerns about voter intimidation and voter suppression, although Trump has denied this.

Here’s a look at how voting rights in the U.S. have evolved over the years.

The History of Voter Suppression Within the U.S.

The struggle for some to gain their right to vote within the United States spans the length of the country's history, with women and Black Americans the first to have their voting rights explicitly rejected.