All attention turned to the men’s halfpipe final. After yesterday’s qualifying round posted monster numbers, everyone was expecting an epic final, and epic it was. Shaun White reclaimed his Olympic title, winning Team USA’s 100th all-time Winter Olympic gold. White is now the first snowboarder to ever become a three-time Olympic champion. Japan’s Ayumu Hirano claimed silver, while Australia’s Scotty James earned bronze. More on the competition below.

The women’s slalom was supposed to highlight primetime but was postponed due to high winds. This is the second time Mikaela Shiffrin’s Pyeongchang debut was delayed. She is slated to compete in the giant slalom later tonight.

After a day off, figure skating was back. The pairs’ field took to the ice to perform their short programs. Reigning world champions Sui Wenjing and Han Cong from China led the day.

Johnny Weir Knows He Looks Like the Host From 'Hunger Games'

Americans Alexa Scimeca Knierim and Chris Knierim performed a shaky routine that landed them in 14th place. The couple will still advance to the free skate on Wednesday.

Primetime began by highlighting the men’s 1500m race in speed skating. The Netherlands continued its dominance of speed skating. Kjeld Nuis brought home the gold in a time of 1:44.01. Nuis' countryman Patrick Roest won silver with a time of 1:44.86, and South Korean Min Seok Kim took home the bronze in front of a loud home crowd.

Unfortunately, veteran Shani Davis was a non-contender for a medal. He looks to rebound for the 1000m race later in the Games. Americans Joey Mantia and Brian Hnasen also finished outside the top three. 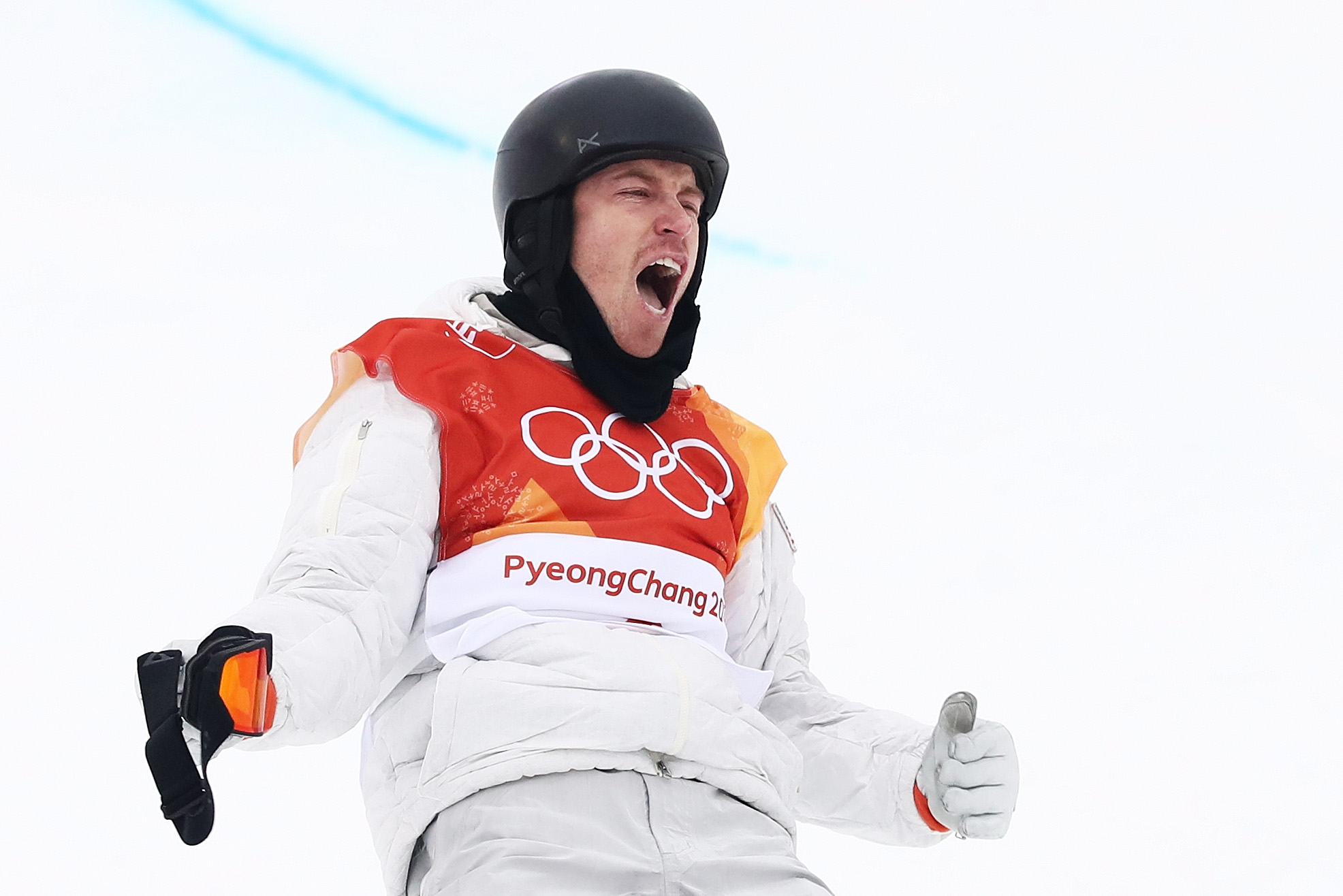 Shaun White cements his status as the GOAT of snowboarding

The competition couldn’t have started better for Shaun White. White was the last rider to go in the first run because he scored the highest qualifying score. This advantage proved invaluable as the event carried out. In his first run, White was able to alleviate some of the pressure he was feeling. He landed a clean run with big air, earning a 94.25. That was good enough for first place.

Japan’s Ayumu Hirano changed that with his second run, earning a 95.25. He landed back-to-back 1440s, something only he had done in competition. Ironically, it was a single cab double cork 1440 that caused White to fall off the medal podium in Sochi.

Going after Hirano, White knew he would need to land it this year in order to win gold. In White’s second run, he landed back-to-back 1440s but lost his balance and lost speed. He later fell on his signature twist, the double McTwist 1260. That meant it all came down to White’s final ride.

White landed back-to-back 1440s cleanly in his final run. The judges rewarded him with a score of 97.75, which meant White knocked Hirano from the top spot.

Over the last four year, critics have wondered whether White was being left behind by new and better riders. Even though White already had two gold medals, winning proved his best days were not behind him and he could still keep up with the new blood in the sport. White has been open saying riders like Hirano and James have pushed him to new heights. Viewers could tell this win meant a lot to White as he broke down sobbing with his family, and later choked up in an interview with NBC. Wind again caused a delay for an Alpine skiing event. This time, it postponed the women’s slalom. Everyone has been anxiously awaiting the debut of American Mikaela Shiffrin at these Games. The delay means she will now make her 2018 debut on Wednesday at 8 p.m. ET in the women’s giant slalom.

The women’s slalom is now scheduled for Thursday evening. Shiffrin is hoping to become the first woman to win back-to-back Olympic gold medals in the event.

In addition to the women’s slalom, a lower-profile sport was also postponed. The women’s individual biathlon was rescheduled for Thursday. Forecasts predicted high winds that could have made it difficult for athletes to shoot their rifles.

The wind caused havoc in the coastal city of Gangneung causing spectators to evacuate because of the strong gusts.

Figure skating returned with the pairs’ short program. Chinese duo Sui Wenjing and Han Cong performed an emotional routine to K.D. Lang’s “Hallelujah,” scoring 82.39 points. That was the highest score of the night. The pair missed most of last yar when Sui had to have surgeries on both feet and learn to walk again before returning to skating.

The Olympic Athletes from Russia continued their strong performance from the team event. Yevgenia Tarasova and Vladimir Morozov currently sit in second, only .71 points behind China.

North Korean skaters Ryom Tae-Ok and Kim Ju-Sik stole the show at point. The skated a personal best of 69.40 to an energetic crowd. The score qualified them to advance to the free skate.

American couple Alexa Scimeca Knierim and Chris Knierim finished the short program in 14th place. It wasn’t their best performance, but the couple is still riding high after winning the bronze in the team event. Alexa and Chris Knierim Seal Short Program With a Kiss

Team USA rebounds with win over Korea in men’s curling

The U.S. men’s team was looking to start its curling tournament off with a win. The men, dressed in all-white uniforms, looked solid in their first game. They scored three points in two different ends in an 11-7 win over Korea.

In the last two Olympics, the U.S. has finished in 10th and 9th place overall, but the team is hopeful they can turn it around in PyeongChang. Repeat champion in the Nordic combined

American Bryan Fletcher was the highest finisher for the U.S., coming in 17th at 27:03.6. Countrymen Taylor Fletcher, Ben Loomis and Jasper Good finished near the bottom of the field.

Korea, Japan both have reasons to celebrate

History was made when Japan defeated Korea 4-1. Japan won its first ever Olympic game after competing in two prior Olympic tournaments. Korea also made history by scoring its first Olympic goal. Randi Griffin, a North Carolina native, scored the goal for Korea.