By The Associated Press and NBC 7 Staff • Published September 1, 2021

Federal charges were filed Wednesday against a woman accused of assaulting a Southwest Airlines flight attendant and punching out two of her teeth as the flight taxied the runway at San Diego International Airport.

Video recorded by another passenger shows Vyvianna Quinonez stand up from her seat and throw several punches at the attendant in the aisle before nearby passengers stepped in between.

Quinonez wasn't following seatbelt and mask rules as the plane descended and had an argument with the attendant, according to the federal complaint. Shortly after touching down, Quinonez began arguing with the attendant again and then punches were thrown.

The flight left Sacramento the morning of May 23. San Diego Harbor police arrested Quinonez, who is from the Sacramento area, when the plane reached its gate in San Diego.

Quinonez faces one count of assault resulting in bodily injury and another for interfering with flight crew members and attendance, according to the complaint. Both are felonies. She is scheduled to make her first appearance in court Sept. 17.

The flight attendant needed stitches for a cut under her eye and chipped three teeth. Two of the damaged teeth had to be replaced, according to the complaint.

“Unfortunately, this is just one of many occurrences,” said Lyn Montgomery, Local 556 President of the Transport Workers Union. There were 477 incidents of “misconduct” by passengers on Southwest planes between April 8 and May 15, according to Montgomery.

A Southwest spokesman said Tuesday that the incident happened Sunday morning after a flight from Sacramento landed in San Diego.

“The passenger repeatedly ignored standard inflight instructions and became verbally and physically abusive upon landing,” said the spokesman, Chris Mainz. He said police were asked to meet the plane when it arrived in San Diego, and the passenger was taken into custody. 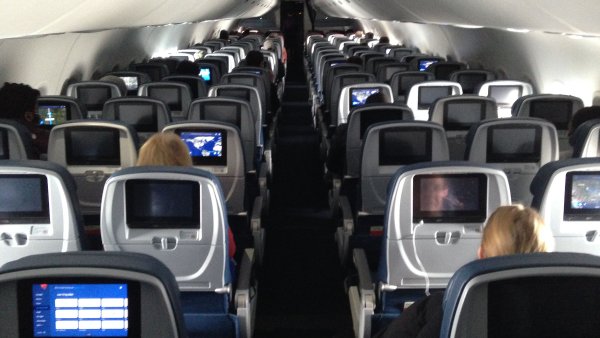 FAA Cracking Down on Unruly Passengers With Sky High Fines 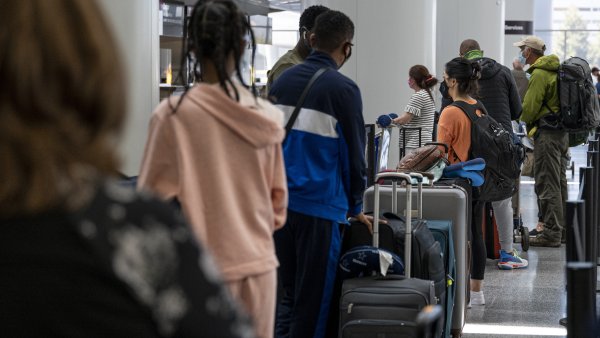 Plane, Train and Bus Travelers Still Need to Wear Masks, Even If They're Vaccinated

In a letter to Southwest CEO Gary Kelly, Montgomery cited the incident in her request for Kelly to lobby for air marshals on flights and tougher penalties of unruly passengers.

She said flight attendants were concerned about Southwest resuming sale of alcohol on board planes. Service had stopped as a result of the pandemic and had not yet resumed.

Many recent cases that have caught FAA’s attention involve passengers who were drinking.

A passenger was escorted off an Allegiant flight departing Mesa, Arizona, after getting into a fight with another passenger. The altercation began when a man who was wearing a face shield was told he needed to wear a face mask, according to a witness.

The FAA announced in January a "zero-tolerance" policy toward passengers who "cause disturbances on flights or fail to obey flight crew instructions in violation of the FAA’s regulations or engage in conduct proscribed by federal law." Instead, the agency said, it will launch legal enforcement actions. Penalties can includes fines and jail terms for passengers who assault or threaten airline crews or other passengers.

As airlines continue to see a dramatic increase in unruly and dangerous passenger behavior on commercial flights, federal officials have responded with heftier fines aimed at deterring disruptive conduct. Last week, the agency proposed a civil penalty of $52,500 — its biggest fine ever — against a man who was arrested after trying to open the cockpit door and striking a flight attendant in the face on a Dec. 23 Delta airlines flight from Honolulu to Seattle. The largest fine the agency can seek is $35,000, but multiple offenses can result in higher penalties, the FAA said.