The issue of race was barely brought up during the trial of Kim Potter, a former suburban Minneapolis police officer who was convicted of manslaughter for killing Daunte Wright after she said she confused her handgun for her Taser.

But Wright’s family members and many activists say the killing of the 20-year-old Black motorist has always been about race, from the moment officers decided to pull him over, to the moment a judge gave Potter a two-year sentence, which family members decried as giving more consideration to the white defendant than the Black victim.

“What we see today is the legal system in America in Black and white,” Ben Crump, an attorney for Wright’s family, said after Friday’s sentencing.

Wright was killed on April 11 after Brooklyn Center officers pulled him over for having expired license tags and an air freshener hanging from his rearview mirror, violations that civil rights activists say are used as a pretext to stop Black motorists.

Officers discovered Wright had a warrant for a weapons possession charge and they tried to arrest him but he pulled away. Video shows Potter, who is white, shouted several times that she would use her Taser on Wright, but she had her gun in her hand and fired once into his chest. 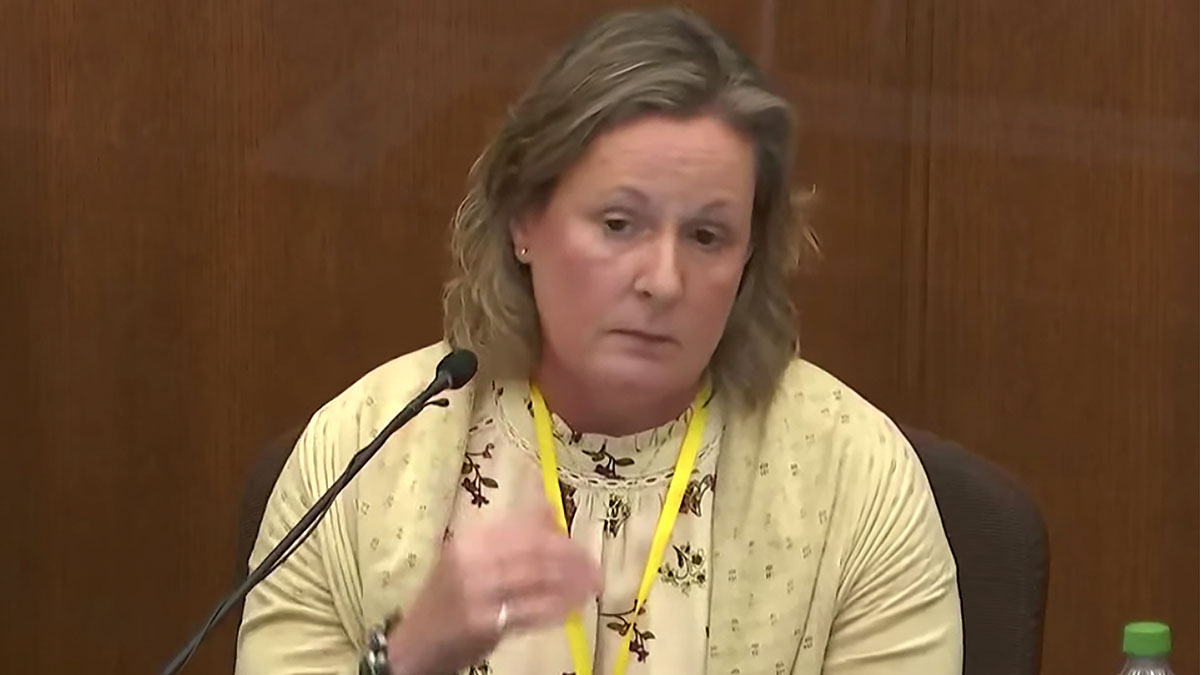 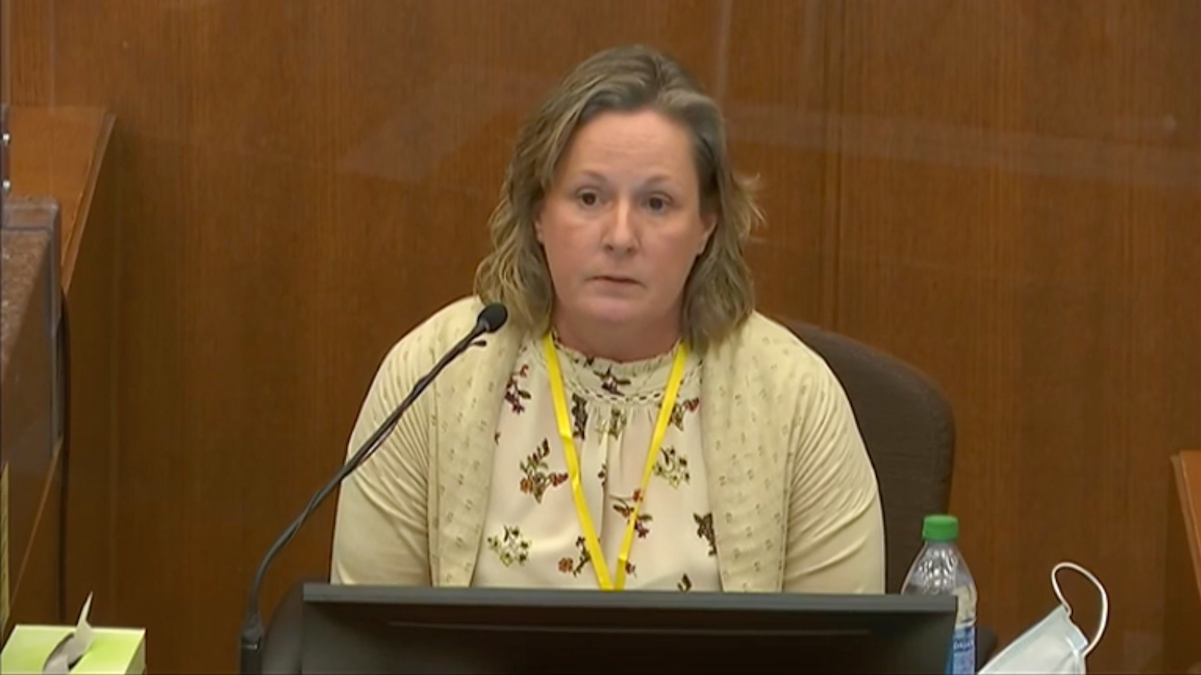 Many felt the traffic stop was the result of racial profiling and shouldn’t have happened. The shooting, which occurred as Derek Chauvin was on trial in Minneapolis on murder charges in George Floyd’s killing, sparked several days of demonstrations outside the Brooklyn Center police station marked by tear gas and clashes between protesters and police.

Family members and activists applauded in December when a mostly white jury convicted Potter of both first- and second-degree manslaughter. This week, they felt as if justice was yanked away when Judge Regina Chu gave Potter two years, well below the presumptive sentence of just over seven years she had faced under state guidelines.

“The judge overstepped her bounds and undermined any legitimacy from the judicial process that happened in this case,” said Nekima Levy Armstrong, a civil rights attorney and activist. She said the sentence "again underscores why many Black people have a distrust of the justice system at all levels.”

Levy Armstrong said the sentence essentially rolled back the jury’s decision to find Potter accountable and that Chu’s demeanor and comments during the sentencing stoked distrust and showed how Black people are viewed in the justice system primarily as defendants rather than victims.

“The judge made Kimberly Potter look like the victim,” she said.

Chu called it “one of the saddest cases” she’s seen.

“On the one hand," the judge said, "a young man was killed and on the other, a respected 26-year veteran police officer made a tragic error by pulling her handgun instead of her Taser.”

Chu said “the evidence is undisputed” that Potter didn’t intend to use her firearm, which made the case less serious than other recent killings by police officers. She asked those who disagree to try to empathize with Potter, and appeared to choke up and wipe away a tear when she said Potter didn’t mean to hurt anyone.

“If it’s not about race, certainly she made a point to make it clear she has a high regard for public service that police officers give in our society,” Hardaway said. She said white people have long been held in higher regard in the judicial system and “we saw those realities playing out as the judge was delivering her sentence.”

Hardaway also said the judge's words — and the fact that she got emotional as she was announcing the sentence — "from a professional standpoint is something you would not want to see.”

Levy Armstrong said Chu showed a lack of empathy for the Wright family, especially when encouraging those listening to walk in Potter’s shoes. And she said one of the main reasons Chu cited for going below the state guidelines — saying this case is not as serious as some other high-profile police killings because it was a mistake — was “disingenuous and irresponsible, not to mention insensitive.”

Johnathon McClellan, president of the Minnesota Justice Coalition, attacked the sentence as unfair, especially compared to what he said were the “many Black, brown and poor people” sent to jail to be made examples of. He was especially rankled that Chu had pleaded for empathy by invoking a quote from Barack Obama “as if that will make you and others sleep better at night.”

Rachel Moran, a law professor at the University of St. Thomas, said she can understand why the judge believes two years was appropriate; Potter is not at risk of reoffending, she will serve about 16 months of her sentence in prison and the shooting was deemed a mistake.

But Moran said the public is used to seeing high prison sentences and not used to a judge showing mercy.

“Where it becomes so painful is that that mercy is not frequently shown to many other people,” Moran said. When you think about people who get more prison time for drug offenses, “it’s really hard to swallow two years for someone who killed someone.”

“I think the sentence could be right, and it still could feel horrifyingly unjust to people who are active in the community and have seen the pain and trauma of higher prison sentences” for offenses that have caused less harm, Moran said.

Former Minnesota police officer Kim Potter was sentenced to two years in prison for first- and second-degree manslaughter in the death of 20-year-old Daunte Wright. Potter says that she mistook her gun for her taser and shot Wright at a traffic stop in April last year.

Family members and activists pointed to the case of Mohamed Noor, a Somali American who was a Minneapolis police officer when he killed a white woman, Justine Ruszczyk Damond, in 2017. Noor was sentenced to more prison time than Potter, on a lesser charge of second-degree manslaughter.

Moran said the sentences were decided by different judges who thought in different ways, and there can be justifications for both outcomes. But the conduct was similar, and the reality is the Black officer received a harsher sentence.

Delores Jones-Brown, who teaches at Howard University in Washington and at Randolph-Macon College in Ashland, Virginia, said the judge clearly accepted Potter’s claim that shooting Wright was a mistake.

“There’s something about being a 26-year veteran and shooting a young man in the chest with your firearm and claiming that you thought you were using your Taser that doesn’t quite sit well with me,” Jones-Brown said.

She said she’s disturbed that the media accepted Potter’s narrative as the accurate version of what happened “and clearly that narrative is the one that ruled the day in the sentencing.”