Here are some of the top moments from the final night of the 2020 DNC.

Biden accepted the Democratic presidential nomination on Thursday, achieving a pinnacle in an unfinished quest that has spanned three decades and been marred by personal tragedy, political stumbles and more dynamic rivals.

The past hurdles fell away as Biden addressed his fellow Democrats and millions of Americans at home who he hopes will send him to the White House to replace Donald Trump.

Biden declared, “Here and now I give you my word, if you entrust me with the presidency, I will draw on the best of us, not the worst.” He said, “I’ll be an ally of the light, not the darkness.”

Biden went hard with unity points in his speech closing out the convention.

“While I am a Democratic candidate, I will be an American president,” he said.

Sounding a bit like Barack Obama’s 2004 convention speech, Biden said: “America isn't just a collection of clashing interests and red states and blue states. We're so much bigger than that."

The night’s keynote address was the speech of a lifetime for Biden, who at 77 would be the oldest president ever elected if he wins in November.

Democratic presidential nominee Joe Biden said he knew he had to run for president after hearing President Donald Trump say "there were very fine people on both sides" after the 2017 white supremacist rally in Charlottesville, Va.

Democrats honored their beloved civil rights hero John Lewis, the representative from Georgia who died in July, with tributes, a remembrance of his life and protests, and a performance of “Glory” by John Legend and Common.

Atlanta Mayor Keisha Lance Bottoms recalled Rep. John Lewis’ last essay published in The New York Times after his death in July, in which he expressed pride in the activism that has swept the country since the death of George Floyd in Minneapolis.

Everyone in the civil rights movement mattered, she said, including those who made sandwiches and stuffed envelopes.

Watch the tribute to John Lewis at the 2020 Democratic National Convention. Footage provided is a mixed feed and is a joint effort by the pool and the DNCC.

“They too changed America and so can we,” she said.

The baton has been passed to the younger generation, who like Lewis will not be silenced, she said. The country cannot wait for some other time, some other place or some other hero, she said.

“Our votes can be our voice,” she said.

Former Atlanta Mayor Andrew Young and a confidant of Martin Luther King Jr. said that among the civil rights leaders Lewis was the one who demonstrated the most courage.

Lewis famously was beaten as he and others crossed the Edmund Pettus Bridge in Selma, Alabama, in 1965 as they tried to march to Montgomery. A video tribute showcased his triumphs, from the march, desegregating lunch counters and his accomplishments in the House of Representatives.

Watch Keisha Lance Bottoms’s full address during the fourth night of the 2020 Democratic National Convention. Footage provided is a mixed feed and is a joint effort by the pool and the DNCC.

In a video message, 13-year-old Brayden Harrington shared how Joe Biden helped him overcome his stutter:  “Without Joe Biden, I wouldn’t be talking to you today,” Brayden said.

When they met in New Hampshire a few months ago, Biden told him that they were members of the same club, Brayden said, “we stutter.” The teenager said he was amazed to hear that someone like him had become vice president.

Biden told him about a book of poems by William Butler Yeats that he read out loud to practice and showed him how he marked up his addresses to make them easier to read, Brayden said.

“I'm just a regular kid, and in a short amount of time Joe Biden made me more confident about something that's bothered me my whole life,” Brayden said. “Joe Biden cared. Imagine what he could do for all of us.”

Brayden Harrington, a 13-year-old with a stutter, found a friend in Joe Biden, who also suffers from a stutter. “I’m just a regular kid," he said, "and in a short amount of time, Joe Biden made me more confident about something that’s bothered me my whole life.” Footage provided is a mixed feed and is a joint effort by the pool and the DNCC.

'My Father, My Hero'

A video tribute that aired Thursday at the Democratic National Convention recalled Joe Biden's late son Beau Biden through his life as a major in the Army National Guard and as Delaware’s attorney general.

Beau died in 2015 of brain cancer. Biden often speaks of his son on the campaign trail as one of his heroes, and in the video he was described as an “inspiration” to his father even now.

The video featured former President Barack Obama delivering Beau Biden’s eulogy, saying that “some folks may never know that their lives are better because of Beau Biden, but that’s OK.”

The video’s voiceover declared of Beau that “you never had to ask if he’d do something the right way — he didn’t know any other way.”

The video closed with Beau’s own words from his 2008 convention speech. He told the audience that he wouldn’t be able to be with his father during the fall campaign and asked them to “be there for my dad like he was for me.”

Joe Biden's children Hunter and Ashley also appeared on video on Thursday night, describing the man they knew: tough, honest, rock steady, who will treat everyone with respect.

Hunter Biden has been at the center of Republicans' attempts to sully Biden’s name before the election. He took a job on the board of a Ukrainian gas company, Burma Holdings, in 2014 as then-Vice President Joe Biden was leading U.S. efforts to support the country as it tried to eliminate corruption and push back Russian aggression.

The Obama White House said then that there was no conflict of interest because the younger Biden was a private citizen though there were concerns that Burisma was trying to influence Joe Biden through his son. There is no evidence of wrongdoing by either Biden, NBC News reported.

Four of Biden's granddaughters also made a convention appearance, telling of frequent check-ins by their grandfather and about how they called a family meeting to urge him to run for president. 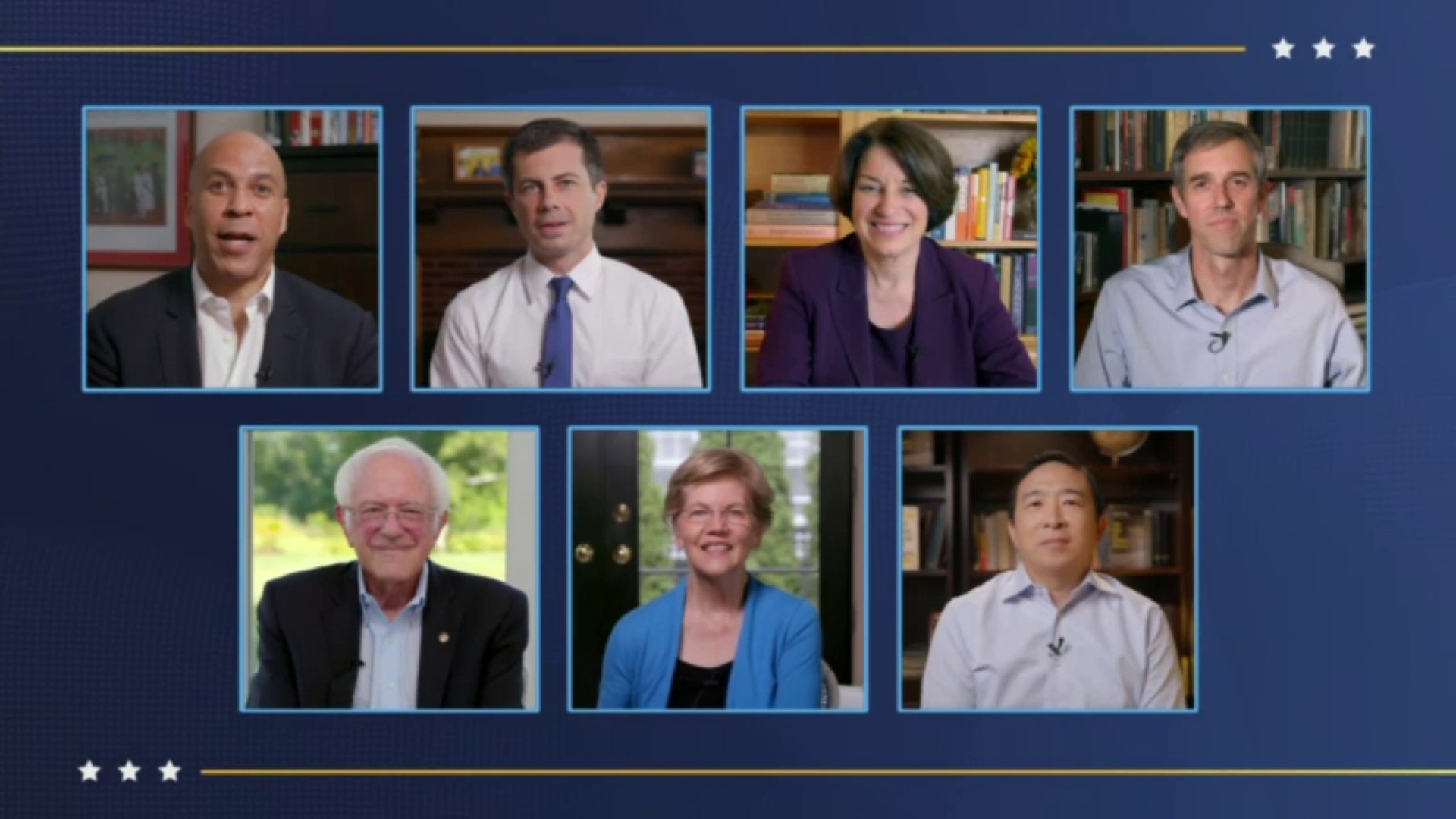 If You Can't Beat Him, Support Him 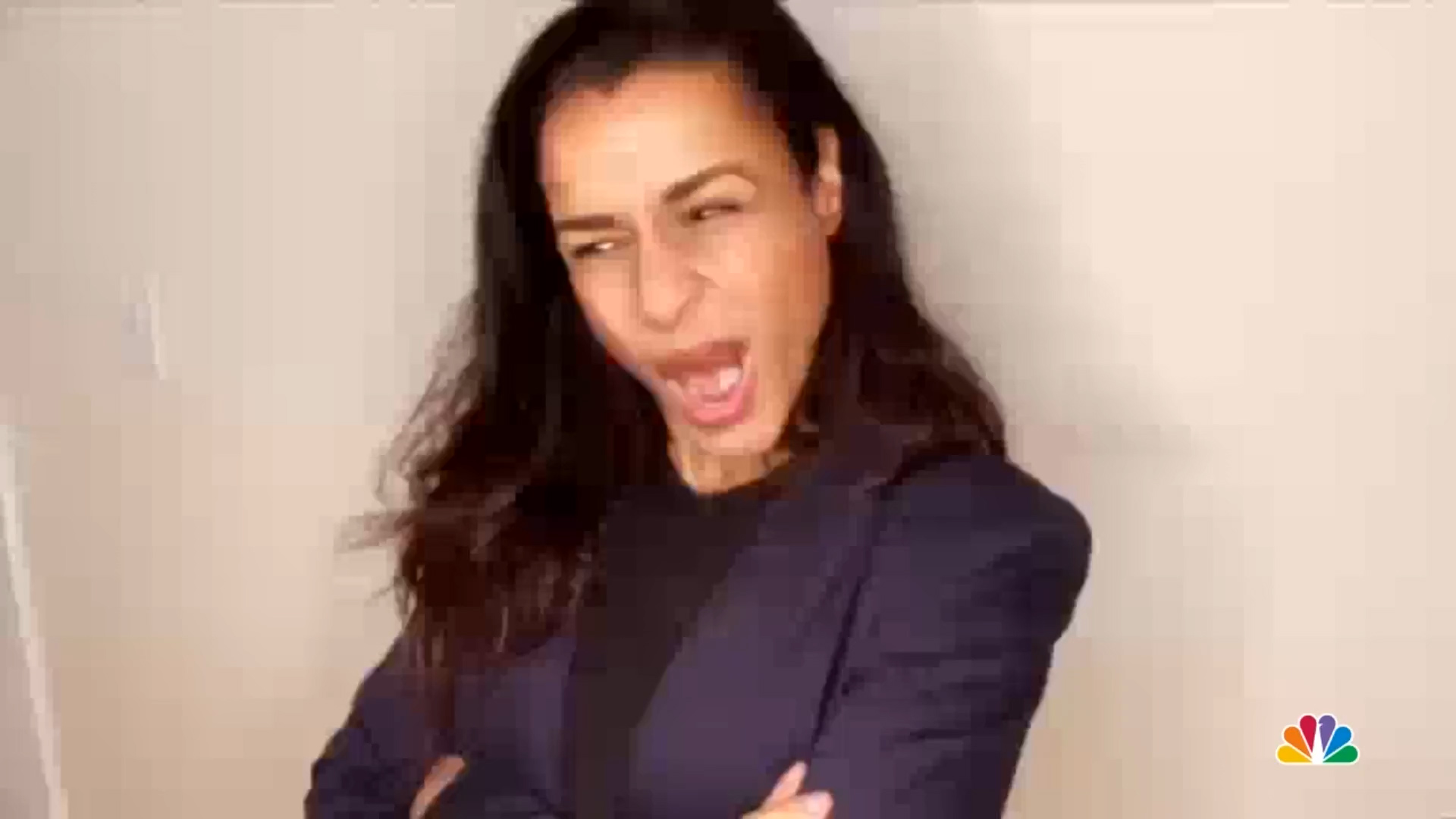 'If You Are in Denial About Climate Change, Come to California'

California Gov. Gavin Newsom says deadly wildfires raging in his state should give pause to anyone who denies climate change.

Newsom spoke at the virtual Democratic National Convention on Thursday from a forest near California’s Central Coast after visiting a nearby Red Cross evacuation center.

More than two dozen major wildfires were blazing across California, blanketing cities and towns in smoke and putting tens of thousands of people under evacuation orders.

Newsom recorded the video after choosing to scrap the prerecorded video he originally recorded.

“I confess this is not where I expected to be speaking here tonight,” he said in a video recorded on a cellphone.

He added, “If you are in denial about climate change, come to California.”

Newsom criticized Trump for working to roll back vehicle emission standards meant to curb climate change and for threatening to withhold funding from California.

Calif. Gov. Gavin Newsom spoke at the 2020 Democratic National Convention on Thursday. Footage provided is a mixed feed and is a joint effort by the pool and the DNCC.
Copyright NBC/Associated Press