Only a few moderate Republicans seem certain to convict. They're running into the reality that Trump's supporters remain a dominant force

The outcome may seem preordained in the unprecedented second impeachment trial of Donald Trump.

Democrats prosecuting the former president for inciting a deadly insurrection at the U.S. Capitol will struggle to persuade at least 17 Republicans to convict Trump and bar him from office. Forty-five of the 50 Republican senators backed a bid last month to dismiss the trial, essentially telegraphing how the final vote will play out.

But the trial set to begin Tuesday is ultimately a test of whether a president, holding an office that many of the nation’s founders feared could become too powerful in the wrong hands, is above the law. Senators will be forced to sit still, listen to evidence and wrestle with elemental questions about American democracy. There will be visual, visceral evidence, and the American people will also be sitting in their own form of judgment as they watch.

The verdict and the process itself will be scrutinized for generations.

“For historians, what that trial does is to provide additional evidence and documentation under oath,” said Carol Anderson, a professor of African American studies at Emory University. “It also gives us a sense of the strength, or the weakness, in American democracy as the senators are confronted with this evidence.”

That record is certain to be grisly, a reminder on a human level of the horror at the Capitol on Jan. 6.

Senators will review Trump's call that morning to “fight like hell” before the mob of loyalists showed up to Capitol Hill to do just that. Senators will be reminded of the rioters' chants calling for then-Vice President Mike Pence's hanging. House prosecutors could resurface the image of a police officer crushed between doors, blood trickling from his mouth, as the violent crowd moved in. There might be additional evidence of how another officer, Brian Sicknick, died defending the building.

If that's not enough, senators will be reminded of their own vulnerability as they fled the mob entering their chamber — one of the most rarefied spaces in Washington — in fear of their lives.

With less than a week left in office, President Donald Trump is staring down the prospect of a second senate impeachment trial. This time he'll have fewer allies to mount a defense in a trial expected to begin after he's already left the White House. Democrats also say they're looking beyond removal from office in order to uphold the constitution.

And then they'll have to decide whether there should be consequences. But the potential of an acquittal doesn't mean the trial should be abandoned before it begins, said Rep. Val Demings, who was an impeachment manager in Trump's first trial.

“The jury not convicting is always a possibility,” the Florida Democrat said, recalling her previous career as the chief of the Orlando Police Department. “But decisions are never made solely on that.”

Most Republicans absolve him of guilt, but about 3 in 10 think he bears at least a measure of blame for the events.

Of course, Congress has more on its plate than another fight over the previous president. In the early days of his administration, President Joe Biden is pushing a $1.9 trillion package to confront the coronavirus pandemic. He’s also pressing lawmakers on immigration, health care and climate change.

In a 232-197 vote, the U.S. House of Representatives voted Wednesday to impeach President Donald Trump, charging him with "incitement of insurrection."

Lee Hamilton, a former Democratic congressman from Indiana who served during President Bill Clinton’s impeachment, said a trial could be a “distraction” from larger priorities. He suggested censure could be a better use of time and that the historical record could be achieved through the creation of a commission like the one he helped lead to investigate the terrorist attacks of Sept. 11, 2001.

But, he said, that only works if Congress is united on the need for a thorough investigation of what happened during the insurrection and provides the resources to back it up.

“If you're going to do it, do it right,” Hamilton said.

As much as the trial is about history, the implications are just as powerful in the present moment. Leaders in capitals across the world are watching what happens in Washington to assess whether the U.S. remains committed to democratic principles. Steadfast American allies, including Germany and the United Kingdom, expressed shock at the insurrection.

U.S. foes seized on the violence to say that the United States could not now lecture others on the sanctity of democracy. 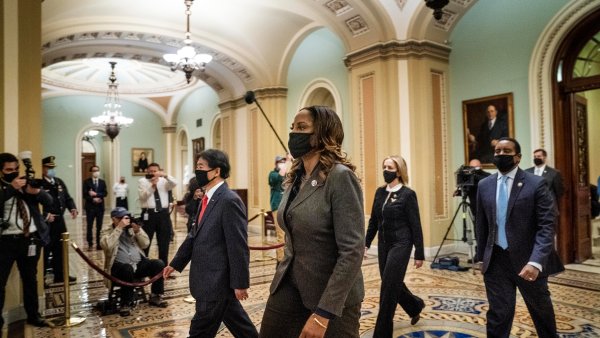 As Trump Prosecutor, Delegate Gets Her Say on Impeachment 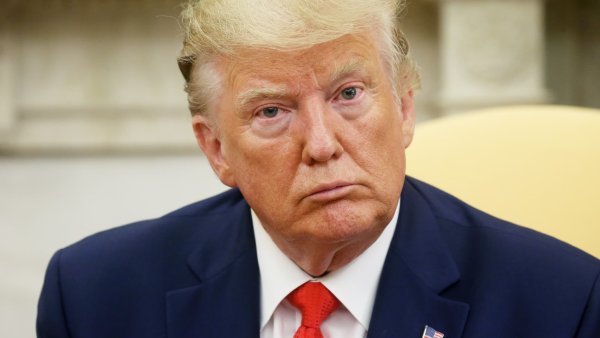 “American democracy is obviously limping on both feet," Konstantin Kosachev, head of the foreign affairs committee in Russia’s upper house of parliament, said after the riot. "America no longer charts a course and therefore has lost all rights to set it — and even more so to impose it on others.”

It's telling that Republicans aren't going into the trial with a robust defense of Trump. Few are publicly defending his behavior in the run-up to the insurrection, whether it's his baseless insistence that the election was “stolen” or his more specific — and troubling — calls to supporters to rally on his behalf.

Instead, the GOP is narrowly focused on a more technical constitutional issue, arguing that a president can't face an impeachment trial once out of office, a path they believe is easier to defend than trying to rationalize Trump's actions.

Anticipating that posture, Democrats filed a pretrial brief noting there's no “January exception” in the Constitution.

The U.S. House of Representatives on Wednesday voted to impeach President Donald Trump. It was the third impeachment in the history of the United States.

“Presidents do not get a free pass to commit high crimes and misdemeanors near the end of their term,” the House impeachment managers wrote.

The trial comes as the GOP is struggling with its future.

Sen. Mitch McConnell of Kentucky, the Republican leader, has flirted with the possibility of purging Trump from the party. If Trump is convicted, the Senate could vote to bar him from seeking office again, a notable punishment for someone who has dangled the potential of a 2024 presidential run to keep bending the party to his will.

McConnell hasn't yet said how he'll vote, and, so far, only a few moderate Republicans seem certain to convict. They're running into the reality that Trump's supporters remain a dominant force in the party.

The trial “really will only reinforce what we already know about American politics,” said Brendan Buck, a top adviser to former House Speaker Paul Ryan, R-Wis. ”And in that, I mean we are so tribal and divided that there’s really no question where people will fall down on something that should generate thoughtful discourse and reflection about a fundamental democratic principle.”