The U.S. Postal Service's stretch of challenges didn't end with the November general election and tens of millions of mail-in votes. The pandemic-depleted workforce fell further into a hole during the holiday rush, leading to long hours and a mountain of delayed mail.

Postmaster General Louis DeJoy has vowed to make improvements after facing withering criticism and calls for his removal for his actions that slowed delivery of mail before the election. Some critics hoped President Joe Biden would fire DeJoy, but a president can't do that. Instead, Biden could and likely will use appointments to reshape the Board of Governors, which meets Tuesday for the first time since his election.

“We want a Board of Governors that understands fundamentally this is not called the United States Postal Business,” he said. “It’s not a profit-making business. It’s here to serve the people.”

Mail could be delayed a day or more under proposed changes suggested by the new postmaster general, according to documents obtained by The Associated Press.

A change in tone, at the least, would be welcomed by postal workers after former President Donald Trump called the Postal Service “a joke" last year in criticizing business practices that led to a growing operating deficit.

Despite the pandemic, on-time rates for first-class mail topped 90% for most of the year until DeJoy took office in June and began instituting changes that raised concerns about the delivery of mail-in election ballots. Workers decried DeJoy for limiting overtime and late or extra trips, resulting in delayed mail, and the dismantling of sorting machines ahead of the election.

All told, the Postal Service successfully delivered more than 130 million ballots to and from voters during the general election.

But by the time Christmas arrived, it had gotten so bad that more than a third of first-class mail was late, a dismal performance, even though DeJoy had backtracked on some of his changes by then.

At the holiday peak, tractor-trailers chock full of mail were left idling outside some postal-sorting facilities across the country because there was no room inside. Packages and letters piled up in distribution hubs. Delays grew by days, and then weeks.

A number of factors contributed to the nightmare.

Americans were using the Postal Service at unprecedented level because of the pandemic. Overtime couldn’t make up for the impact of postal workers’ COVID-19 illnesses and quarantines. Commercial flights that transport mail operated on reduced schedules. And FedEx and UPS dumped packages on the Postal Service when they reached their limit.

“At Christmastime, you could barely move in the facility,” said Scott Adams, local president of the American Postal Workers Union in Portland, Maine. “Aisles were blocked with mail.”

Jay Geller said it took 30 days for a birthday card mailed after Christmas from his mother-in-law in Iowa to reach her 8-year-old grandson at his home in Cleveland. And don't get him started on the homemade scones from Minnesota, which were late and inedible.

“By the time they arrived, they were hard as rocks and smushed flat,” he said.

Postmaster General Louis DeJoy announced Tuesday that the USPS is halting some operational changes to mail delivery until after the November election. The abrupt reversal comes as more than 20 states announced they would be suing to stop the changes.

Terri Hayes experienced “Christmas in January” when many of her packages arrived late in Medina, Ohio. The last gift to arrive was a necklace and charm sent by a friend in Maryland on Dec. 5. It arrived on Jan. 28.

She sympathizes with overworked postal workers but also worries about more important items, like bills, being delayed.

“I just wish that they would put things back to the way they were when it worked," Hayes said. "Put the sorting machines back. Let them work the overtime hours.”

The Postal Service contends it has now returned to “pre-peak” conditions, and DeJoy and six members of the board said they've learned from the election and the record holiday season in which more than 1.1 billion packages were delivered. The postmaster general and board are working on a 10-year plan that will include improvements.

“We must confidently plan for our future — which we believe is bright for the Postal Service and for America,” they said in a statement. 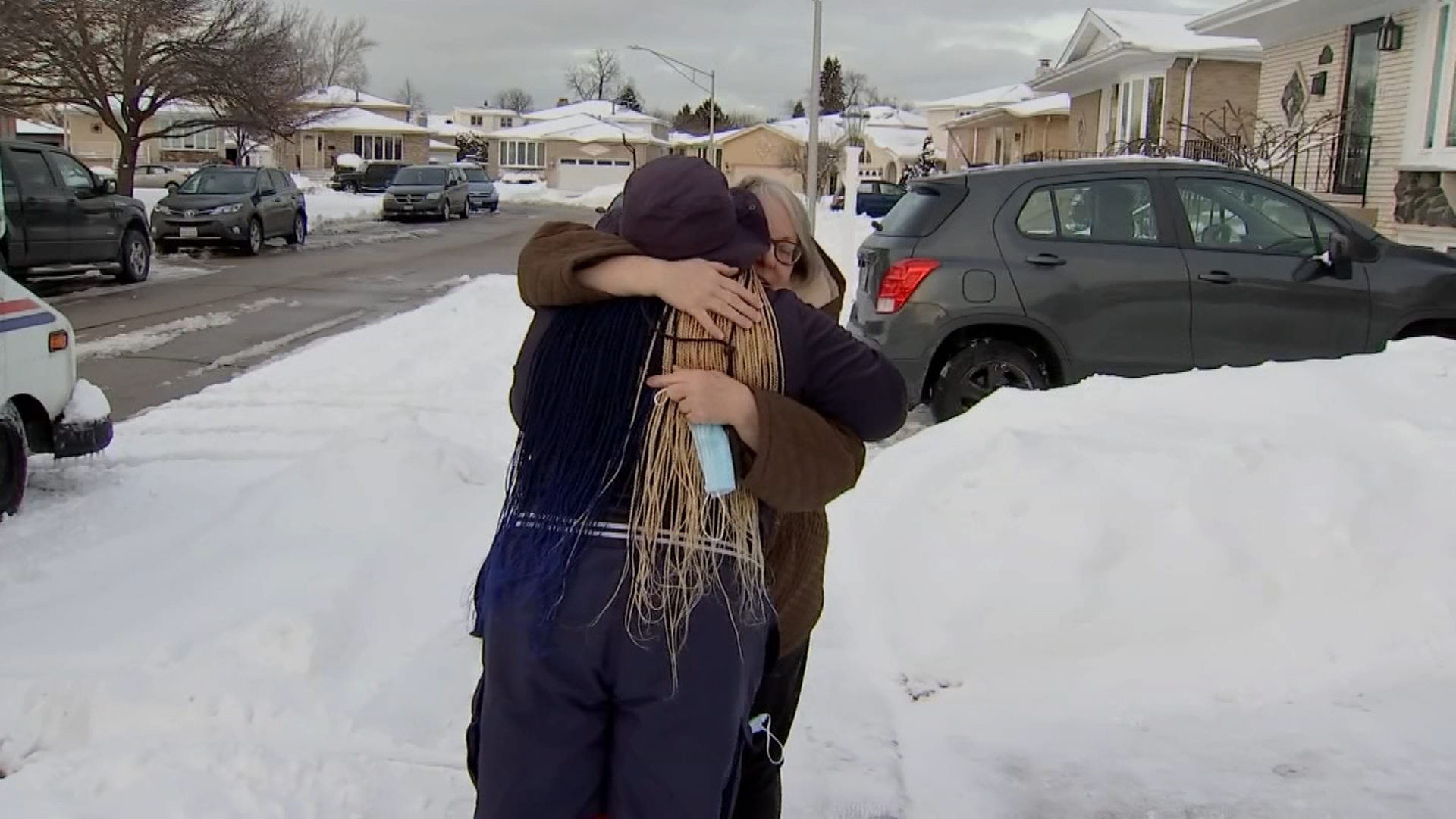 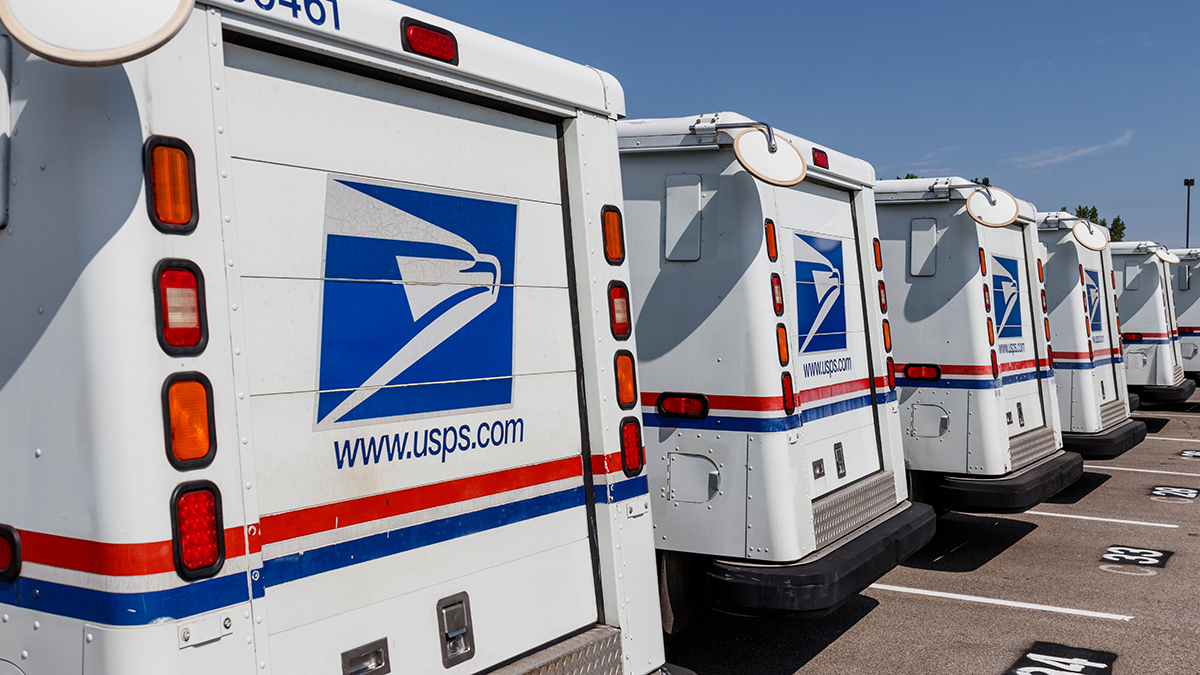 US Postal Service Dealing With ‘Historic' Volume of Holiday Mail

Critics have called for DeJoy to be fired. And Rep. Bill Pascrell Jr., a New Jersey Democrat, wants Biden to fire the entire Postal Service Board of Governors for what he called dereliction of duty.

The Board of Governors, which selects the postmaster general, is currently made up of Trump appointees. The vice chair resigned in protest over the Trump administration's actions. That leaves a chairperson, Robert Duncan, who is a former Republican National Committee chair, along with three other Republican members and two Democratic members.

If Biden fills all vacancies, then Democratic members would hold a majority, though the board is officially bipartisan. No party may hold more than five seats on the nine-member board.

Dimondstein said the recent announcement of more than 10,000 more permanent jobs in distribution hubs is a down payment on addressing problems. DeJoy has to come around to further changes to improve service and morale, he said.

“He’s either going to do right by the people of the country. Or he needs to go,” Dimondstein said.