Face the Facts: New Child Tax Credit Could be Included in Budget Negotiations

House Speaker Matt Ritter (D-Hartford) gives us an update on budget negotiations and why he is optimistic the legislature will be able to include a new child tax credit.

After a report this week that showed Connecticut's budget surplus smashed historical records, lawmakers now agree it's time to put some money back in your pocket with some tax breaks.

But determining how is where the two parties are at odds.

"What we're doing is we're taking the overcollection of the sales and use tax and the gross receipts tax that those funds that we didn't anticipate and returning that to the taxpayers. We received that, the state receives that because of inflation. And what we're doing is just returning that back to the taxpayers. So it's not affecting the budget. It's budget neutral in that sense. The budget is balanced, and actually in surplus, so it's responsible," said Sen. Kevin Kelly (R-21st district).

Now, Republicans are talking about possible income tax breaks for people earning under $75,000, extending the gas tax holiday, getting rid of meals tax at restaurants, as well as a list of other proposals.

The Democrats have their own plan, too.

NBC Connecticut's Mike Hydeck talked with House Speaker Matt Ritter (D-Hartford) on the topic. Ritter is front and center in the budget talks.

Mike Hydeck: "So let's start with Republican Senate Minority Leader Kevin Kelly's comments there. He says their $1.2 billion relief package is budget neutral. Is it, in your opinion?" 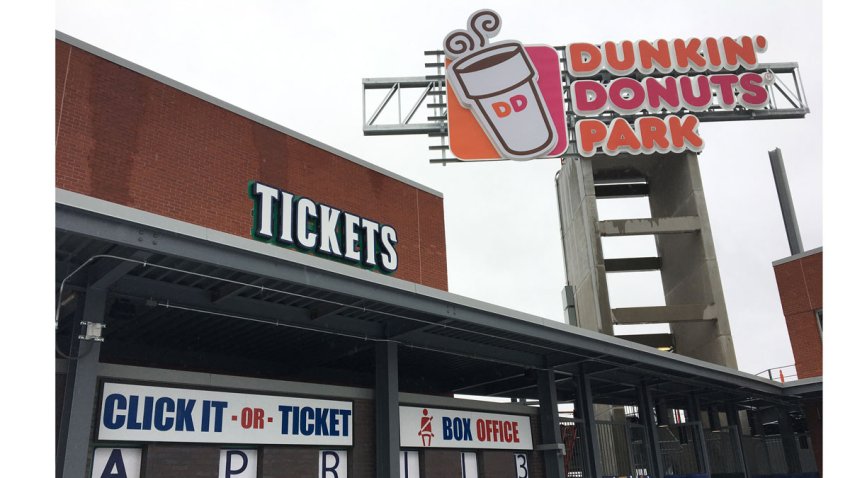 Matt Ritter: "To me, that's not even the relevant point, it's illegal. That's the biggest problem. So I actually would support a lot of the tax cuts they proposed. The problem is because of the federal government rules related to states that received ARPA funding, we are limited in Connecticut to cutting $400 million in taxes for fiscal year 2023, so the fiscal year beginning July 1. We thought the number was going to be $180, but given the revenue numbers that were alluded to in the earlier clip you played, that number is increased from $180 million to $400 million. So the legislature can cut $400 million in taxes beginning July 1, 2022. We intend to do that. $1.2 billion would violate federal law. And what would happen is you may have to pay back the federal grants we received. So their proposal was illegal under federal law."

Mike Hydeck: "What's your party's biggest priority when it comes to tax relief? Would you say it was property tax or the gas tax or car taxes?"

Matt Ritter: "They're all part of it, right? So those are three things you mentioned. And you'll see those in the budget. The one that we feel strongly about is continuing the child tax credit that you saw the federal government do on the last couple of years. And given the new news that literally just broke in the last 24 hours, that we can now increase our tax cuts from $180 million to closer to $400 million, I think you'll see a very strong push from Democrats and Republicans to include a child tax credit in the upcoming budget, which should be about $250 per family per child, up to three kids and of course, means tested based on income limits, that will help a lot of middle class families with children. So I think you're going to see a lot of reductions. If you own a car, if you have a child, if you own a piece of property, you're going to see tax reductions."

Matt Ritter: "You have so much more money that came in. So it's a formula, right? And so when they were able to, we did not expect to see another billion dollars in new additional revenue and surplus funds. And so that allowed us to increase it, it's some sort of ratio that OPM has to calculate. And that's where the money came in."

Mike Hydeck: "So one thing you seem to be at odds with - we're gonna go back to the child tax credit - is you would like to see it happen sooner than later. The governor has a different opinion. How do you come to a middle ground?"

Matt Ritter: "Well, the governor really wanted a property tax credit, which we prioritized. He had certain things in the budget that he wanted. So it's all a conversation. I think the governor had maybe more reservations, I won't speak for him, when we thought we were capped at $180 million, we would have been unable to afford that a week ago under the ARPA calculation. I think, I'm hoping, that he'll be a little warmer to the suggestion now that we have a little more room given the new revenue estimates that we've received."

Mike Hydeck: "So you just mentioned this. Because of literally the exponential difference in what we expected to have in state coffers and actually literally have, billions more than anticipated, will this debate actually get settled later in this session, because we have very little time left in this session. And if it doesn't, what happens next?"

Matt Ritter: "Yeah, look, I like to move eight miles a minute. So trust me, I get frustrated sometimes at how these things get slowed down. But now you can see why you can't finalize a budget until you get the final revenue numbers, right. If we had voted a week ago, we would have been saying, 'oh, boy, that's a lot more than we thought.' So that's why we've got to be patient and follow the calendar that's laid out in statute for when these reports are due. But yes, we'll get it done. I suspect we'll have a deal on Monday, and I suspect the budget will be bipartisan. I really do. I don't know how you can vote against some of the things that we're doing in the tax cuts side. So I think when it's all said and done, you'll see Republicans and Democrats both voted yes on what is a budget adjustment in year two, not a new budget."

Mike Hydeck: "So you do not foresee a special session coming or kicking things down the road to the next session?"

Matt Ritter: "I foresee my summer going back to work and coaching my son's baseball team, not being in special session, correct."