Gaetz and Green have attracted more public attention lately than most junior members of Congress. Much of it hasn't been positive

Congressional leaders have always faced rebels in their ranks. But Reps. Matt Gaetz and Marjorie Taylor Greene are presenting top House Republicans with a test of how to handle a new breed of Trump-era, social media-savvy firebrands.

Gaetz, a third-term Floridian, and Greene, a Georgia freshman, have attracted more public attention lately than most junior members of Congress. Much of it hasn't been positive.

That's confronting House Minority Leader Kevin McCarthy, R-Calif., with questions about whether the two hard-right provocateurs might hurt the GOP’s goal of capturing House control in next year’s elections. Party leaders must decide what, if anything, to do about them, and what impact any action would have on their supporters, who come from the GOP's staunchly conservative base.

“These are folks who operate in their own bubbles,” said former Rep. Tom Davis, R-Va., who headed the House GOP’s campaign operation. “They know how to get press, they don’t worry about being too outrageous."

Rep. Marjorie Taylor Green, R-Ga., tweeted a video of herself hanging a sign mocking Congresswoman Marie Newman, D-Ill., for putting a transgender pride flag outside her office. Newman has a transgender daughter.

However, the Justice Department is investigating whether Gaetz violated sex trafficking laws and had sex with a 17-year-old girl, and McCarthy has suggested he'll take action if Gaetz is indicted.

Gaetz has denied the accusations against him, which were described by people familiar with the investigation. He hasn't been charged with any crimes and says he is “absolutely not resigning."

Greene called the caucus memo a staff-level proposal that she had not read from an outside group she didn't identify. She said “America First” embraces people “of every race, creed, and color," and added, “I will never back down."

Unlike most lawmakers, the two have sources of power that make them tough for leaders to curb. Their formulas include raising lots of money, amassing social media followers, appearing often on television, representing strongly conservative districts and being allied with former President Donald Trump, who’s still idolized by legions of Republicans.

The U.S. House will vote Thursday on removing Rep. Marjorie Taylor Greene, R-Ga., from her committee assignments over a string of false and inflammatory statements the freshman lawmaker has made.

Their association with Trump “gives a lot of psychological power to the firebrands to know that they're on pretty safe ground," said former Rep. Dave Brat, R-Va., a hardline conservative who battled party leaders.

“In the past, if you wanted your profile as elevated as Matt Gaetz’s or Marjorie Taylor Greene’s, you’d run for president,” said Rep. Thomas Massie, R-Ky., another conservative who’s clashed with leadership.

From January 2019 through last week, Gaetz's 209 weekday appearances on the three major cable TV networks — nearly all on conservative Fox News — were exceeded by only five other members of Congress, according to Media Matters, a liberal group that monitors online political activity. His congressional and personal Twitter accounts both boast at least 1 million followers.

“The really powerful people in this town are the ones that can go on television and make an argument," Gaetz told the producers of “The Swamp,” a 2019 HBO documentary. “And that’s power that leadership can never take away from you.”

Greene, in Congress since January, has 400,000 Twitter followers but has made no daytime appearances on the three top cable networks. She has appeared on the Trump-friendly One America News Network and Newsmax TV.

Rep. Marjorie Taylor Greene, R-Ga., spoke to reporters about the future of the Republican party the morning after 11 House Republicans voted with Democrats to strip her of her committee assignments.

She also reported raising $3.2 million during this year's first three months. That's more than double the $1.5 million the typical House GOP incumbent spent on the entire 2020 election, according to Federal Election Commission figures.

“Celebrity fuels money-raising ability and popularity, and that is independent from the traditional power structure" in Congress, said Michael Steel, former top aide to former Speaker John Boehner, R-Ohio, and other leading Republicans.

The allegations against Gaetz, part of a broader probe of Florida Republican political figures, are serious enough to potentially threaten his political survival, whatever McCarthy does.

Internal House GOP rules say a lawmaker indicted for a serious felony should resign from committees, while House rules say they shouldn't vote on the chamber's floor if convicted. Members in such situations often resign or don't seek reelection. 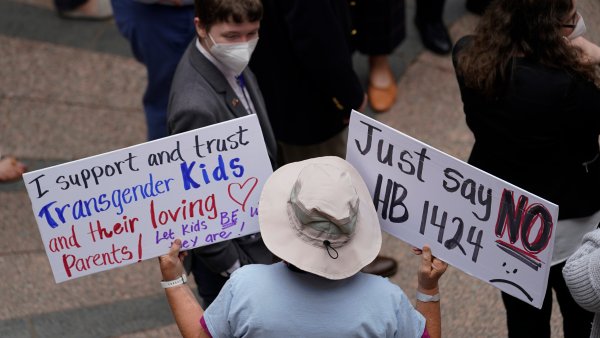 ‘It's Not Safe': Parents of Trans Kids Plan to Flee Their States as GOP Bills Loom 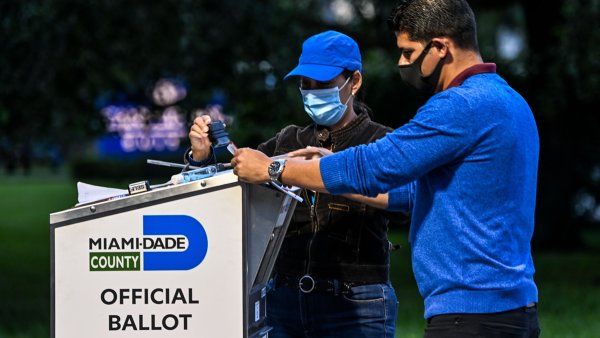 Greene's situation is murkier. In a recent case, after years of racially offensive statements by Iowa Rep. Steve King, GOP leaders turned against him in 2019 when he questioned why terms like “white supremacist” were offensive. He didn't resign but lost his 2020 GOP primary.

Over GOP objections, the Democratic-majority House stripped Greene of her committee assignments in February for her online recycling of violent statements and conspiracy theories. McCarthy denounced her statements but didn't punish her.

House Speaker Nancy Pelosi, D-Calif., has her own insurgents, headlined by Rep. Alexandria Ocasio-Cortez, D-N.Y., and others in the progressive “squad.” But with the party's paper-thin majority, all Democrats are under tremendous pressure to unify behind President Joe Biden's agenda, giving Pelosi more leverage.

McCarthy needs to gain just a few seats to win House control and would prefer no distractions. The GOP wants to focus on what it considers a target-rich environment of issues like migrants at the Southwest border, Democratic proposals to boost taxes on high earners and corporations and the continued pandemic closure of school systems.

“It's a problem," said Sarah Chamberlain, who heads the Republican Main Street Partnership, an alliance of dozens of GOP centrists. “If Matt Gaetz becomes the face of the Republican Party, he can be used against us" by Democratic ads in moderate GOP districts, she said.

The protests over President Trump's election loss - both by legislators and violent protesters - have split the Republican Party into factions loyal to either Trump or Sen. Mitch McConnell. NBCLX's Noah Pransky breaks down the political fallout on Capitol Hill after Wednesday's deadly riot.

The two can use their money to buy online ads featuring hot-button issues that lure more supporters and contributions from the GOP base, and to court backing from colleagues by donating to their campaigns. Greene has already reported spending over $800,000 to build an online fundraising operation, Gaetz over $500,000.

Greene donated a healthy $175,000 to the House GOP campaign arm shortly before Democrats stripped her of her committee assignments, according to campaign finance reports.