Trump’s lawyers argued the trial is unconstitutional, that the insurrectionists who broke into the Capitol did so on their own accord and that Trump's rhetoric to supporters was common political speech protected under the First Amendment.

The defense lawyers had up to 16 hours over two days to plead their case, but wrapped up after about three hours.

Here are the latest developments in the Senate impeachment trial:

As the defense wrapped their case for former President Donald Trump during his second impeachment trial, Trump’s attorney Bruce Castor imparted words of warning for both Democrat and Republican senators.

The lead House prosecutor in Donald Trump’s impeachment trial appears to have had enough of the defense argument that the former president wasn’t responsible for inciting the deadly Capitol siege. 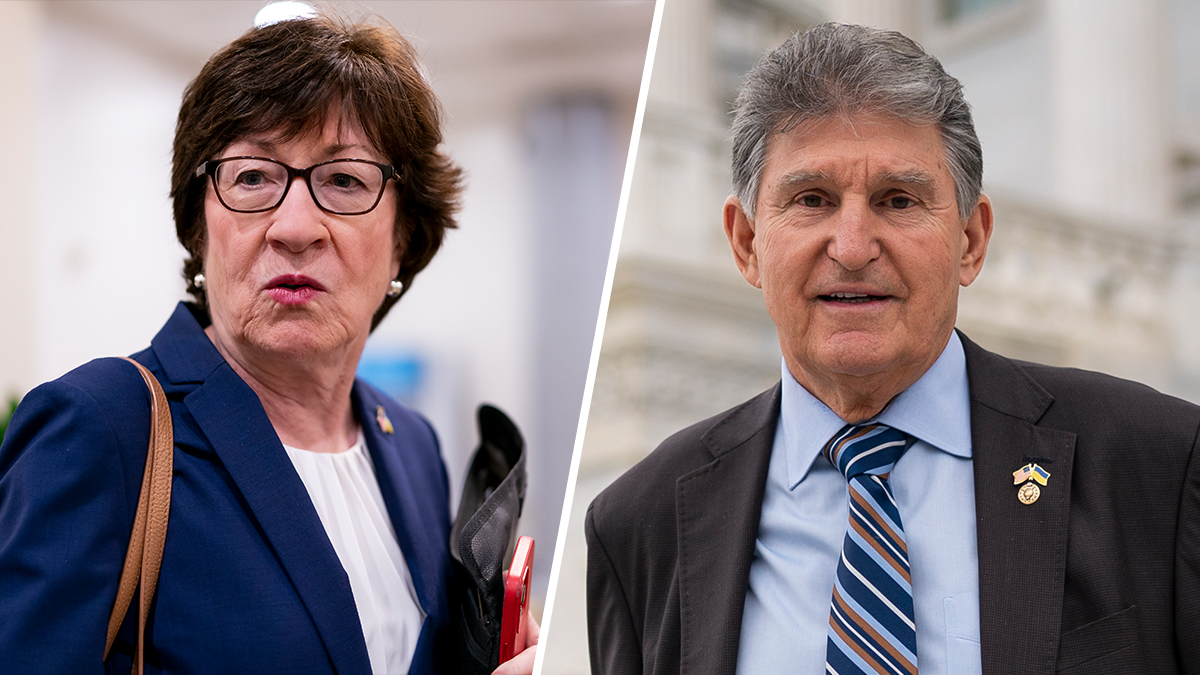 Collins, Manchin Suggest They Were Misled by Kavanaugh and Gorsuch on Roe v. Wade 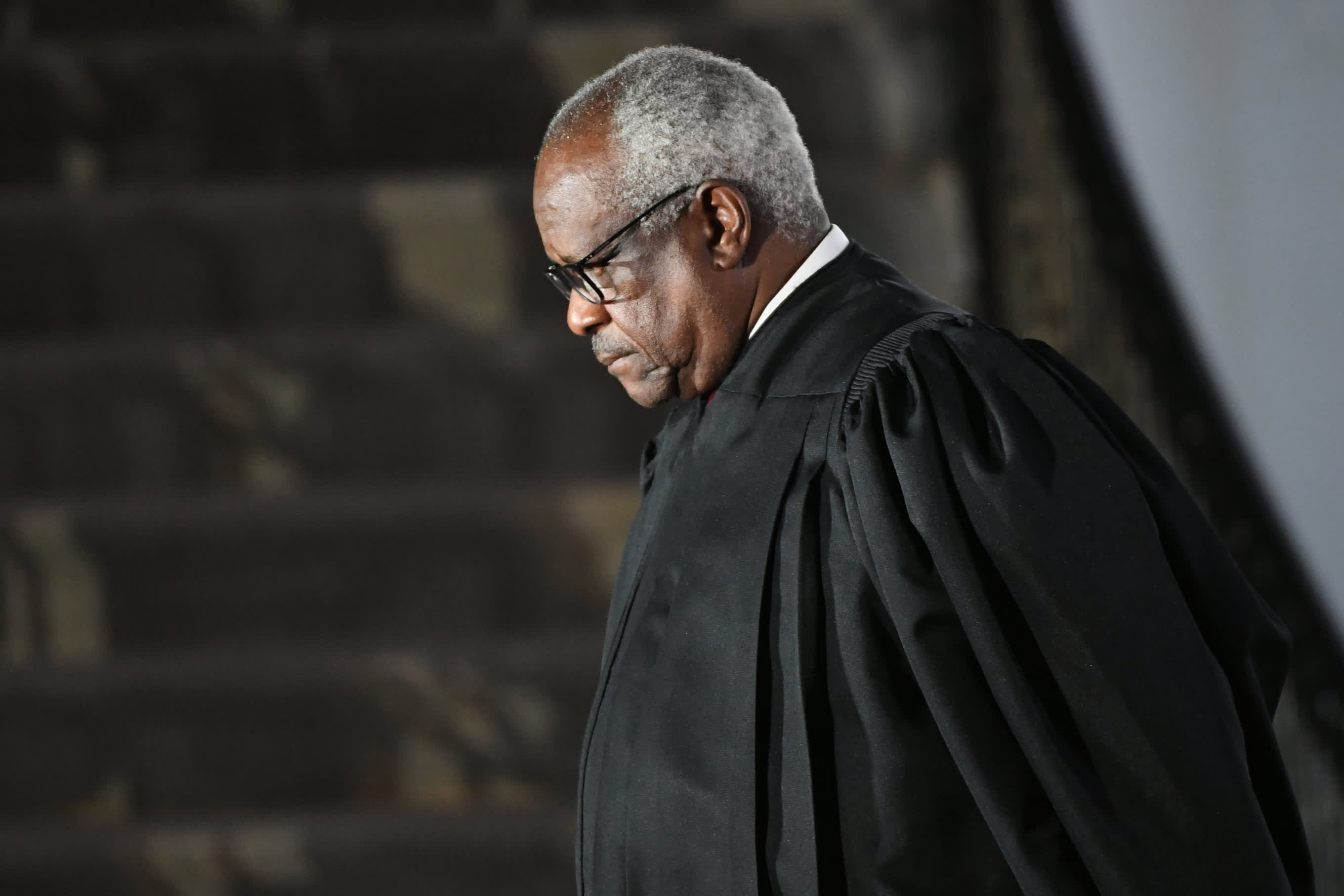 The defense lawyers have been arguing that Trump didn’t mean it when he told a rally to go to Congress and “fight like hell” for his presidency as lawmakers were certifying Joe Biden’s election.

“How gullible do you think we are?” Raskin said Friday. “We saw this happen.”

The defense has tried to compare his words to those used by other Democratic politicians fighting for health care or other priorities. The argument is drawing eyerolls from the senators on the Democratic side of the aisle.

Senators are posing questions to the lawyer as the trial heads toward a vote on whether to convict or acquit the former president on the charge of incitement of insurrection.

A House impeachment manager says she questions why lawyers for former President Donald Trump played multiple video clips of people of color or women talking about fighting in a political context.

Trump’s lawyers have argued that his words exhorting his supporters to fight the election are protected by the First Amendment. They repeatedly showed clips on Friday of Rep. Maxine Waters of California, who is Black.

Democratic impeachment managers say Trump’s Jan. 6 speech was the culmination of a monthslong campaign to sow doubt about his election loss to President Joe Biden and that he should be found guilty of inciting the riot.

The former president’s counsel also used a video montage that created a false equivalency between the Capitol riot and Black Lives Matter protests that followed the police killing of George Floyd in Minneapolis last May, invoking race in arguments for the president’s innocence.

Plaskett told senators Friday: “I thought we were past that. I think maybe we’re not.”

Moderate GOP Sens. Lisa Murkowski of Alaska and Susan Collins of Maine asked Trump's defense team on Friday: "Exactly when did President Trump learn of the breach at the Capitol? What specific actions did he take to end the rioting, and when did he take them? Please be as specific as possible."

Lawyer Michael van der Veen came the podium and didn't answer the question, NBC News reported. Instead, he claimed House managers didn't present any evidence about that, saying there was "absolutely no investigation into that."

"That's the problem with this entire proceeding," he claimed. "The House managers did zero investigation and the American people deserve a lot better."

When asked “exactly when” former President Donald Trump learned of the breach at the U.S. Capitol, Trump attorney did not answer the question. “On the day, we have a tweet [from Trump] at 2:48, so it was certainly sometime before then,” one of Trump’s attorneys said.

Democrats in the Senate chamber chuckled and whispered among themselves as Donald Trump’s defense team played videos of them saying “fight” over and over again at the former president’s impeachment trial -- an effort to counter Trump’s call to his supporters to “fight like hell” before they laid siege on the U.S. Capitol on Jan. 6.

Arguing that Trump did not incite the insurrection, as the House has charged, the lawyers played videos of Democrats saying the word “fight” without any context, calling for protests after Black men and women were killed by police officers and challenging the results of the presidential elections that Republicans won. At a break in the proceedings, Democrats said it was a distraction and a “false equivalence” with their own behavior.

“Donald Trump was warned, if you don’t stop talking about a stolen election, people will be killed,” said Virginia Sen. Tim Kaine. “He was specifically warned that. He kept talking about it, and a violent mob attacked the Capitol and seven people are dead who would be alive today, had he just followed their advice. That’s what I thought about those videos.”

Colorado Sen. Michael Bennett said it felt like the lawyers were “erecting straw men to then take them down rather than deal with the facts” and the events of Jan. 6.

Republicans watched intently as the Trump lawyers presented. Some praised them afterward, including Alaska Sen. Lisa Murkowski, who has been harshly critical of Trump’s role in the riots and panned the lawyers’ previous arguments on Tuesday.

“They are putting on a good defense today,” Murkowski said, adding that the first two hours “were well put together.”

Trial in Recess for 15 Minutes

Senate Majority Leader Chuck Schumer, D-N.Y., announced that they would recess for 15 minutes.

After Wednesday's deadly riots at the U.S. Capitol, false rumors have spread among right wing commentators online that Antifa activists were to blame rather than supporters of President Trump. PolitiFact's Daniel Funke joined NBCLX to fact-check this claim he rated as "pants on fire," and other misleading news following the riots at the U.S. Capitol.

Michael van der Veen, one of Trump's attorneys, claimed Antifa was involved in infiltrating Trump supporters in a protest and storming the Capitol.

“One of the first people arrested was a member of Antifa,” van der Veen said, noting he was "sadly" released early.

The FBI has said there is no credible evidence that the crowd was infiltrated or led by antifa activists in disguise. Specific individuals held up online as antifa activists turned out to be Trump supporters.

Still, the false narrative traveled between message boards, social media and some of the loudest conservative voices in media and politics, as allies of the president tried to shift blame by floating an alternate explanation for the insurrection.

Donald Trump’s lawyers are arguing that his words to his supporters who attacked the U.S. Capitol – to “fight like hell” – are common political rhetoric, using a video montage to show almost every single Senate Democrat using the word “fight” in political speeches.

One of former President Donald Trump’s attorneys, David Schoen, presented a series of video clips used in the house managers’ case against Donald Trump and showed where edits were made in the content.

Once the video finished, lawyer David Schoen pointed at both the senators and the impeachment managers and told them to “stop the hypocrisy.” The Democratic prosecutors have argued that Trump’s supporters were primed for violence on Jan. 6, the day of the attack, and that he egged them on with “obvious intent” before they interrupted the electoral count of votes. Five people died in the chaos.

Trump’s supporters attacked the Capitol after he falsely said for months that the presidential election was stolen.

A lawyer for Donald Trump opened his impeachment defense Friday by strenuously denying he played any role in inciting the deadly riot at the U.S. Capitol, claiming that the attack was carried out by a small group “who hijacked the event for their own purposes..extremists of various types and political persuasions."

Michael van der Veen told senators that Trump was entitled to dispute the 2020 election results and that his doing so, including in a speech that preceded the assault on the Capitol, did not amount to inciting the violence that followed.

“Nothing in the text could ever be construed as encouraging, condoning or enticing unlawful activity,” said Van der Veen.

He warned that impeachment on these grounds "poses a serious threat to freedom of speech for political leaders of both parties, at every level."

"The Senate should be extremely careful about the precedent this case will set," Van Der Veen added.

Senate Chaplain Barry Black opens the fourth day of former President Donald Trump's impeachment trial with a prayer reminding lawmakers they are non-partisan jurors and urged them to do "what is best for America."

Graham was spotted leaving the meeting, saying, "See you tomorrow."

The meeting raised eyebrows, as senators who will be voting on whether to convict Trump were also strategizing with his legal team. But they're just following in the footsteps of Mitch McConnell, who as Senate majority leader during Trump's first impeachment trial said he was "coordinating with the White House counsel."

"There will be no difference between the president's position and our position as to how to handle this," McConnell, R-Ky., said at the time.

After a Widely Criticized Opening Statement, Trump Defense Team Will Try to Cleanup

All eyes will be on Bruce Castor, the attorney who delivered a rambling argument on Tuesday that Republican senators criticized as perplexing, “disorganized” and “random." Trump, too, was furious over the performance of his defense team as he watched the proceedings from his Mar-a-Lago club in Palm Beach, Florida, according to a person familiar with his thinking who spoke on condition of anonymity to describe a private conversation.

On Friday, Castor will get a second chance. After the Democrats’ video presentation on Wednesday, he said the images “would have an emotional impact on any jury, but there are two sides of the coin and we haven’t played ours.”

At least one key senator had advice for the lawyers on Thursday.

Maine Sen. Susan Collins, a Republican who has been harshly critical of Trump’s role in the riots, said she hopes Trump’s lawyers will be “as specific as the House managers were — who went through the evidence, provided legal arguments and gave a very thorough presentation.”

House managers leading the second impeachment trial of former President Donald Trump wrapped up their case Thursday. Here are the top moments you may have missed.

Donald Trump incited a deadly attack on the U.S. Capitol, put his own vice president in danger and later expressed solidarity with rioters who attempted to overturn the 2020 election in his name, Democrats argued Thursday as they wrapped up opening arguments in Trump's impeachment trial.

Over two days of testimony, the Democrats asserted that Trump deliberately ordered his supporters to "fight like hell" and “go by very different rules” or they “wouldn't have a country anymore." They bolstered their case with accounts from the rioters themselves, some of whom said they were acting on Trump's orders.

The former president's defense team insists Trump's speech near the White House was protected under the First Amendment. And they argue he shouldn't be on trial in the Senate because he is no longer in office — an argument Democrats reject.

“The First Amendment does not create some superpower immunity from impeachment,” said Rep. Jamie Raskin, a Maryland Democrat who is leading the prosecution. “If you don’t find this a high crime and misdemeanor today, you have set a new terrible standard for presidential misconduct.”