The extraordinary Republican effort to overturn the presidential election was condemned Sunday by an outpouring of current and former GOP officials warning the effort to sow doubt in Joe Biden's win and keep President Donald Trump in office is undermining Americans’ faith in democracy.

Trump has enlisted support from a dozen Republican senators and up to 100 House Republicans to challenge the Electoral College vote when Congress convenes in a joint session to confirm President-elect Joe Biden’s306-232 win.

With Biden set to be inaugurated Jan. 20, Trump is intensifying efforts to prevent the traditional transfer of power, ripping the party apart.

Despite Trump's claims of voter fraud, state officials have insisted the elections ran smoothly and there was no evidence of fraud or other problems that would change the outcome. The states have certified their results as fair and valid. Of the more than 50 lawsuits the president and his allies have filed challenging election results, nearly all have been dismissed or dropped. He’s also lost twice at the U.S. Supreme Court.

On a call disclosed Sunday, Trump can be heard pressuring Georgia officials to “find” him more votes.

“The 2020 election is over,” said a statement Sunday from a bipartisan group of 10 senators, including Republicans Susan Collins of Maine, Lisa Murkowski of Alaska, Bill Cassidy of Louisiana and Mitt Romney of Utah.

The senators wrote that further attempts to cast doubt on the election are “contrary to the clearly expressed will of the American people and only serve to undermine Americans’ confidence in the already determined election results.”

Republican Gov. Larry Hogan of Maryland said, “The scheme by members of Congress to reject the certification of the presidential election makes a mockery of our system and who we are as Americans.”

Former House Speaker Paul Ryan, a Republican, said in a statement that “Biden’s victory is entirely legitimate" and that efforts to sow doubt about the election “strike at the foundation of our republic.”

Rep. Liz Cheney of Wyoming, the third-ranking House Republican, warned in a memo to colleagues that objections to the Electoral College results “set an exceptionally dangerous precedent.”

President-elect Joe Biden on Monday delivered remarks following the Electoral College’s certification of his victory over President Donald Trump. He commented on Trump’s efforts to overturn the election results. “It is my sincere hope that we never again see anyone subjected to the kinds of threats and abuse we saw in this election,” Biden said.

One of the more outspoken conservatives in Congress, Arkansas Republican Sen. Tom Cotton, said he will not oppose the counting of certified electoral votes on Jan. 6. "I’m grateful for what the president accomplished over the past four years, which is why I campaigned vigorously for his reelection. But objecting to certified electoral votes won’t give him a second term—it will only embolden those Democrats who want to erode further our system of constitutional government.”

Cotton said he favors further investigation of any election problems, separate from the counting of the certified Electoral College results.

Other prominent former officials also criticized the ongoing attack on election results. In a brief op-ed in The Washington Post, the 10 living former defense secretaries -- half of them having served Republican presidents -- called on Pentagon officials to carry out the transition to the new administration “fully, cooperatively and transparently.” They also asserted that efforts to involve the U.S. armed forces in resolving election disputes “would take us into dangerous, unlawful and unconstitutional territory.”

Citing election results, legal challenges, state certifications and the Electoral College vote, the former defense secretaries said that “the time for questioning the results has passed; the time for the formal counting of the electoral college votes, as prescribed in the Constitution and statute, has arrived.”

The unusual challenge to the presidential election, on a scale unseen since the aftermath of the Civil War, clouded the opening of the new Congress and is set to consume its first days. The House and Senate will meet Wednesday in a joint session to accept the Electoral College vote, a typically routine process that's now expected to be a prolonged fight.

Trump is refusing to concede, and pressure is mounting on Vice President Mike Pence to ensure victory while presiding in what is typically a ceremonial role over the congressional session. Trump is whipping up crowds for a rally in Washington.

The president tweeted Sunday against the election tallies and Republicans not on his side.

Biden’s transition spokesman, Mike Gwin, dismissed the senators' effort as a “stunt” that won’t change the fact that Biden will be sworn in Jan. 20.

House Speaker Nancy Pelosi said in a letter to colleagues that while there is “no doubt" of Biden's victory, their job now "is to convince more of the American people to trust in our democratic system.”

The effort in the Senate was being led by Sens. Josh Hawley, R-Mo., and Ted Cruz, R-Texas. Hawley defended his actions in a lengthy email to colleagues, explaining that his Missouri constituents have been “loud and clear” with their belief that Biden's defeat of Trump was unfair.

“It is my responsibility as a senator to raise their concerns,” Hawley wrote late Saturday.

Hawley plans to object to the state tally from Pennsylvania. But that state's Republican senator, Pat Toomey, criticized the attack on Pennsylvania's election system and said the results that named Biden the winner are valid.

Cruz's coalition of 11 Republican senators vows to reject the Electoral College tallies unless Congress launches a commission to immediately conduct an audit of the election results. They are zeroing in on the states where Trump has raised unfounded claims of voter fraud. Congress is unlikely to agree to their demand.

The group formed with Cruz, which presented no new evidence of election problems, includes Sens. Ron Johnson of Wisconsin, James Lankford of Oklahoma, Steve Daines of Montana, John Kennedy of Louisiana, Marsha Blackburn of Tennessee and Mike Braun of Indiana. New senators in the group are Cynthia Lummis of Wyoming, Roger Marshall of Kansas, Bill Hagerty of Tennessee and Tommy Tuberville of Alabama.

The convening of the joint session to count the Electoral College votes has faced objections before. In 2017, several House Democrats challenged Trump’s win but Biden, who presided at the time as the vice president, swiftly dismissed them to assert Trump's victory. Rarely have the protests approached this level of intensity.

President-elect Joe Biden praised health care workers and the country-wide vaccination program during a press conference on Tuesday, while urging Americans to limit their Christmas celebrations to slow the surge of the coronavirus.

The moment is a defining one for the Republican Party in a post-Trump era. Both Hawley and Cruz are potential 2024 presidential contenders, cementing their alignment with Trump’s base of supporters. Others are trying to forge a different path for the GOP.

Pence will be carefully watched as he presides over what is expected to be a prolonged showdown, depending on how many challenges are mounted.

The vice president “welcomes the efforts of members of the House and Senate to use the authority they have under the law to raise objections,” Pence's chief of staff, Marc Short, said in a statement Saturday.

Senate Majority Leader Mitch McConnell has warned Republicans off such challenges but said little when asked about it as at the Capitol as the Senate opened Sunday.

“We’ll be dealing with all of that on Wednesday,” he said. 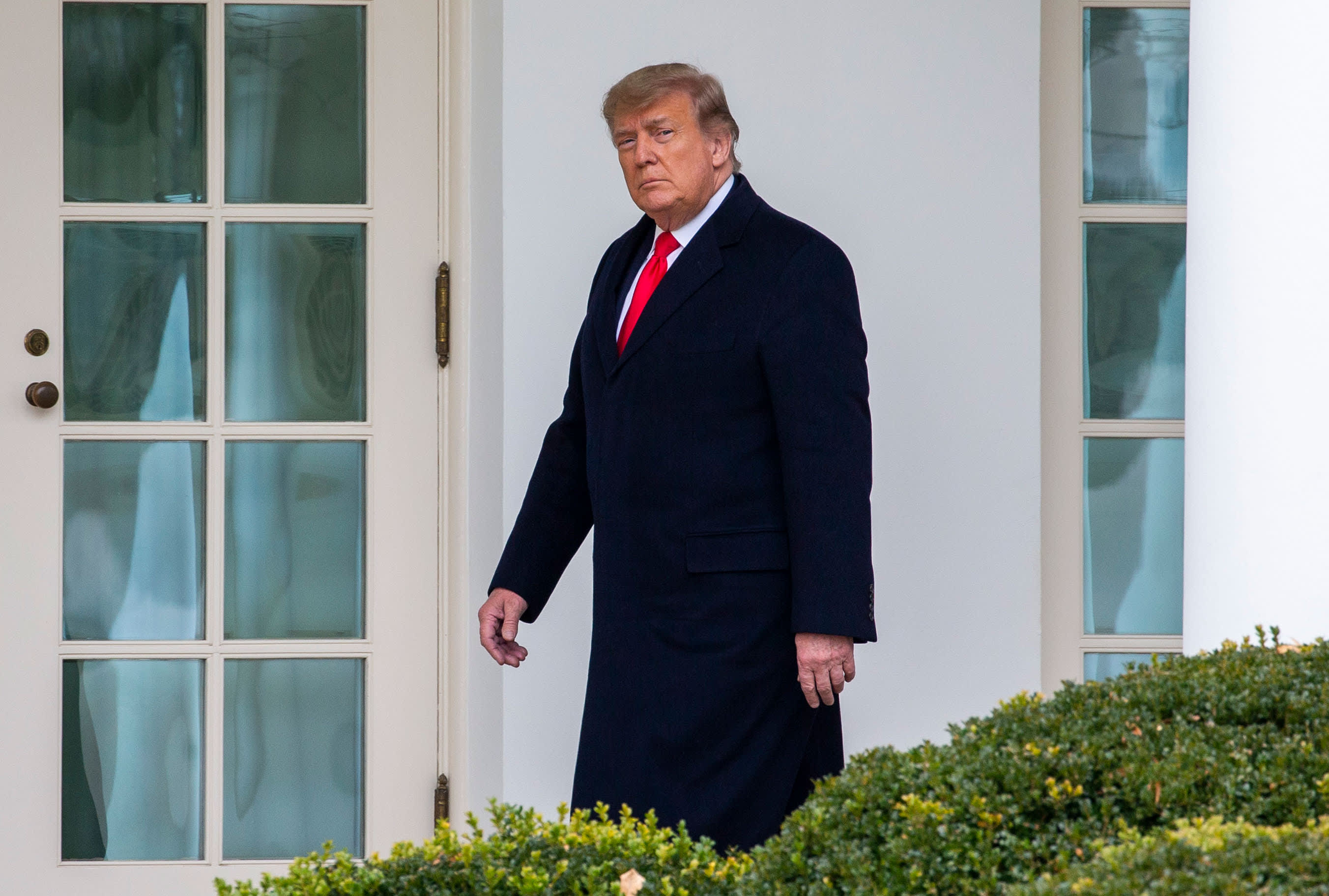 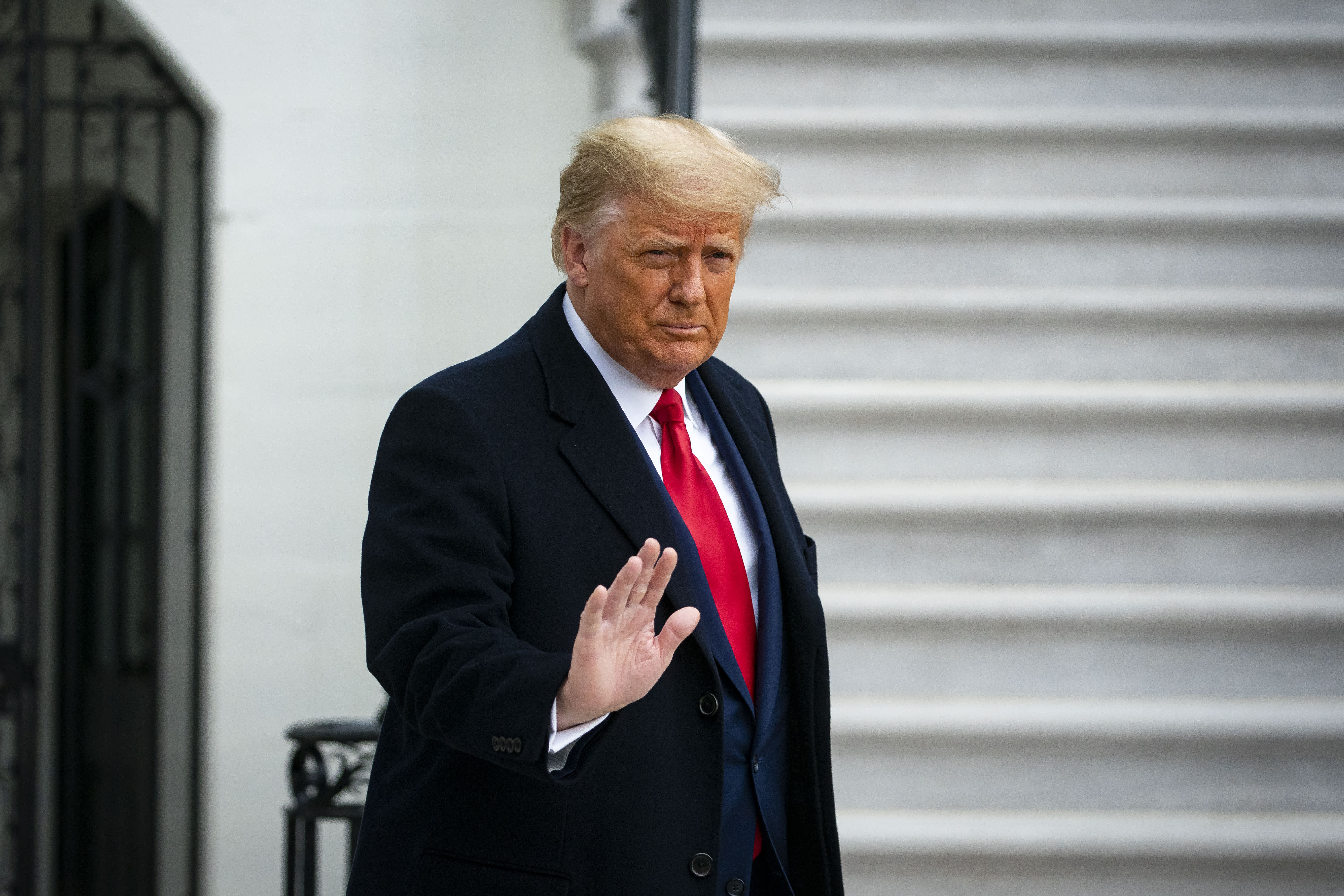 But Republicans simply said they do not plan to join the effort that will fail.

Sen. Lindsey Graham, R-S.C., said Sunday his colleagues will have an opportunity to make their case, but they must produce evidence and facts. “They have a high bar to clear,” he said.

Congress have been loathe to interfere in the state-run election systems, a longstanding protocol. States choose their own election officials and draft their election laws. During the coronavirus pandemic many states adapted by allowing mail voting to ease health risks of voting in person. Those changes and others are now being challenged by Trump and his allies.

Trump, the first president to lose a reelection bid in almost 30 years, has attributed his defeat to widespread voter fraud, despite the consensus of nonpartisan election officials and even Trump's attorney general that there was none.

The 5th U.S. Circuit Court of Appeals rejected the latest challenge from Rep. Louie Gohmert, R-Texas, and a group of Arizona electors, who filed suit to try to force Pence to step outside mere ceremony and shape the outcome of the vote. The appellate court sided with the federal judge, a Trump appointee, who dismissed the suit.