The two leaders' scheduled meeting, set for June 16, is being tacked on to the end of Biden's first international trip as president next month

President Joe Biden and Russia's Vladimir Putin agreed Tuesday to meet next month in Geneva, a face-to-face encounter the White House hopes will help bring some predictability to a fraught relationship that's only worsened in the first months of the Democratic administration.

The June 16 summit is being tacked on to the end of Biden's first international trip as president: He'll also visit Britain for a meeting of Group of Seven world leaders and attend a NATO summit in Brussels.

The agenda is expected to include discussion of Russian action in neighboring Ukraine, this week's forced diversion of a Lithuania-bound flight by Russian-ally Belarus, efforts by both nations to stem the coronavirus pandemic and more. White House press secretary Jen Psaki said no preconditions were set for the meeting.

The White House is setting low expectations for the meeting. It isn't expected to lead to any major breakthroughs — let alone the sort of reset of U.S.-Russian relations pursued by Biden's old boss, Barack Obama, or the curious bonhomie of the Donald Trump-Putin relationship.

Instead, officials say Biden — who as a candidate and early in his presidency has warned that he expects the relationship to remain complicated —- is looking to find some common ground with his adversary on the path forward.

The Kremlin, for its part, said the presidents will discuss “the current state and prospects of Russian-U.S. relations, strategic stability issues and the acute problems on the international agenda, including interaction in dealing with the coronavirus pandemic and settlement of regional conflicts.”

Biden first proposed the summit in a call with Putin in April as his administration prepared to levy a second round of sanctions against Russian officials during his young presidency. And the U.S. levied more sanctions last weekon Russian companies and ships for their work on a European natural gas pipeline called Nord Stream 2. U.S. officials say the pipeline threatens European energy security, heightens Russia’s influence and poses risks to Ukraine and Poland in bypassing both countries. 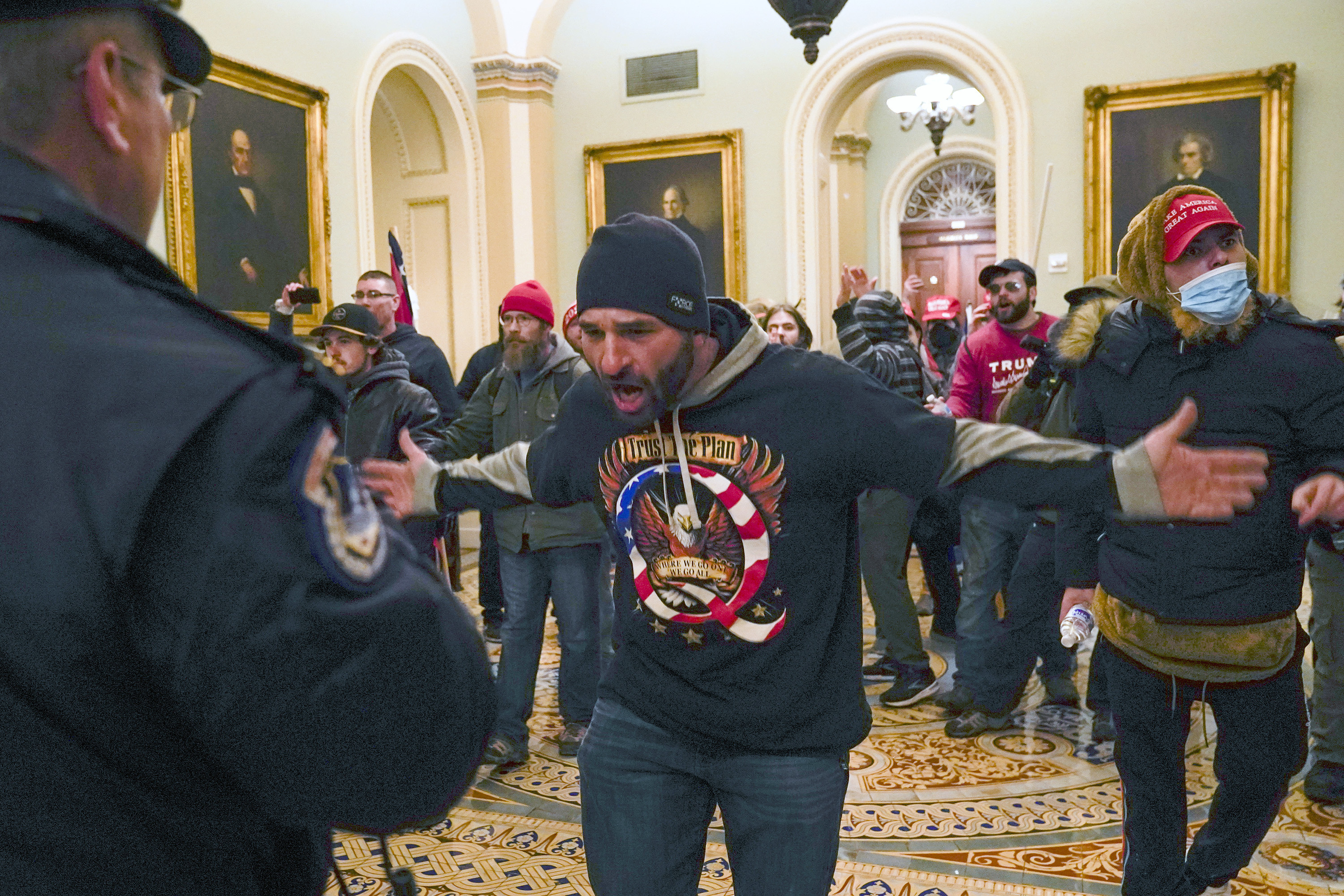 The White House has repeatedly said it is seeking a “stable and predictable" relationship with the Russians. At the same time, it has called out Putin on allegations that the Russians interfered in last year's U.S. presidential election and that the Kremlin was behind the SolarWinds hacking campaign in which Russian hackers infected widely used software with malicious code, enabling them to access the networks of at least nine U.S. agencies.

The Biden administration has also criticized Russia for the arrest and jailing of opposition leader Alexei Navalny and publicly acknowledged that it has low to moderate confidence that Russian agents were offering bounties to the Taliban to attack U.S. troops in Afghanistan.

Geneva with its bucolic vistas of the Mont Blanc peak — the highest in Western Europe — and a reputation as both a hub for international institutions and an icon of Switzerland’s much ballyhooed neutrality offers an intriguing backdrop for the summit.

The city last hosted American and Russian leaders in 1985, when President Ronald Reagan met Mikhail Gorbachev — a summit considered short on substance but critical in fostering what would become mostly friendly relations between the two men through their tenures.

The Biden administration announced sanctions in March against several mid-level and senior Russian officials, along with more than a dozen businesses and other entities, over a nearly fatal nerve-agent attack on Navalny in August 2020 and his subsequent jailing. Navalny returned to Russia days before Biden's Jan. 20 inauguration and was quickly arrested.

Last month, the administration announced it was expelling 10 Russian diplomats and sanctioning dozens of Russia companies and individuals in response to the SolarWinds and election interference allegations.

But even as Biden moved forward with the latest round of sanctions, he acknowledged that he held back on taking tougher action — an attempt to send the message to Putin that he still held hope that the U.S. and Russia could come to an understanding for the rules of the game in their adversarial relationship.

Sen. Ben Sasse, a Nebraska Republican, criticized Biden's decision to meet with Putin as “weak." He raised concerns about Russia's treatment of Navalny and tepid response to Belarusian President Alexander Lukashenko, a Putin ally whose country this week ordered the diversion of a Greece-to-Lithuania commercial flight in order to arrest a dissident journalist.

The senator also criticized Biden for sparing ally Germany sanctions over Nord Stream 2, adamantly opposed by U.S. lawmakers on both sides of the aisle.

“We’re rewarding Putin with a summit?” Sasse said. “Instead of treating Putin like a gangster who fears his own people, we’re giving him his treasured Nord Stream 2 pipeline and legitimizing his actions with a summit."

Biden in a brief exchange with reporters Tuesday afternoon defended the decision to waive sanctions against Germany for the pipeline. He noted that it is nearly complete and that punishing an ally would have been “counterproductive."

Meanwhile, German Chancellor Angela Merkel welcomed news of the summit. “Diplomacy only has a chance if you talk to each other," Merkel said.

During his campaign for the White House, Biden described Russia as the “biggest threat” to U.S. security and alliances, and he disparaged Trump for his cozy relationship with Putin.

Trump avoided direct confrontation with Putin and often sought to play down the Russian leader’s malign actions. Their sole summit, held in July 2018 in Helsinki, was marked by Trump’s refusal to side with U.S. intelligence agencies over Putin’s denials of Russian interference in the 2016 election.

Weeks into his presidency, Biden said in an address before State Department employees that he told Putin in their first call “that the days of the United States rolling over in the face of Russia’s aggressive actions...are over."

In March, Biden in an ABC News interview responded affirmatively when asked by interviewer George Stephanopoulos whether he thought Putin was “a killer."

Kremlin spokesman Dmitry Peskov said that Biden's comment demonstrated he “definitely does not want to improve relations" with Russia.