Well, that was fun.

For the first time in 252 days, we had a full Sunday of NFL football. And just about every fan base was furious at one point or another in the day.

The 49ers jumped out to a 38-10 lead in Detroit but had to hang on for dear life as the Lions mounted a furious comeback that just fell short in the Motor City. The 49ers looked like world-beaters and then turned into pumpkins in the fourth quarter, giving coach Kyle Shanahan a lot to work on in advance of Week 2. 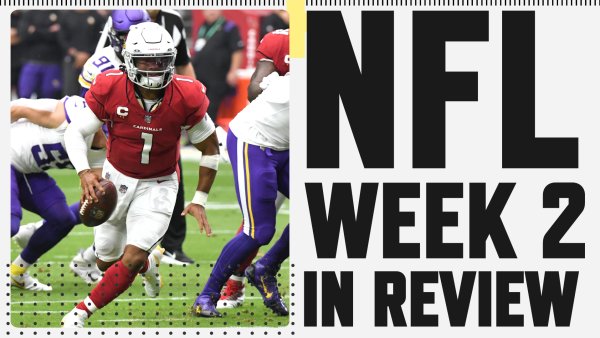 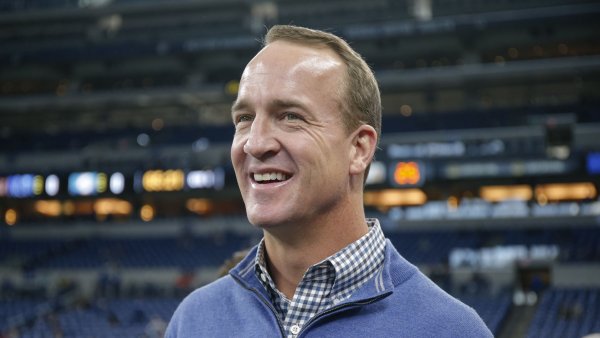 Baker Mayfield and the Cleveland Browns held the lead for most of the day in Kansas City before going full Brown and melting down in the fourth quarter.

Here is where every team stands after Week 1’s Sunday action:

32. Jacksonville Jaguars (0-1): Urban Meyer is 0-1 in the NFL. He almost certainly will lose more games this season than he did in his career at Ohio State (nine). But we can’t rule out the possibility he’ll lose more games than he lost during his entire time at Florida (15). Sad Pizza Urbz in full effect in Duval.

31. Detroit Lions (0-1): The Lions were down 38-10 but kept fighting and had a chance to tie the 49ers late. It was a moral victory for Dan Campbell and the fighting kneecap biters.

30. New York Jets (0-1): Sam Darnold probably had PTSD watching Zach Wilson run for his life behind the Jets’ atrocious offensive line Sunday. After a horrific start, Wilson turned in a respectable outing in his NFL debut, going 20 of 37 for 258 yards and two touchdowns while throwing one interception.

29. Houston Texans (1-0): Give David Culley and the Texans a ton of credit. Everyone expects them to be horrible, and they will be. But they laid it on the Jags in Week 1. 0-17 they will not be.

28. New York Giants (0-1): Joe Judge and Jason Garrett should have been the only ones running laps after the mess the Giants left on the field Sunday at MetLife.

27. Atlanta Falcons (0-1): Arthur Smith’s offense lost a lot of its shine without Derrick Henry toting the rock. Who could have seen that coming?

26. Carolina Panthers (1-0): Your NFL Coward of the Week award goes to Matt Rhule who elected to punt the ball on fourth-and-6 from the Jets’ 33-yard line. Week 1’s Surrender Index gold medal. Congrats.

25. Chicago Bears (0-1): How much money does Matt Nagy owe Vic Fangio for that Coach of the Year award he won?

24. Minnesota Vikings (0-1): Kirk Cousins will technically get credited with a fourth-quarter comeback against the Bengals. But I don’t think anyone, including Mike Zimmer, is brimming with confidence after a season-opening loss to the Bengals.

23. Tennessee Titans (0-1): The Titans didn’t do anything right in their 38-13 drubbing at the hands of the Cardinals. Looks like Mike Vrabel’s manhood will be safe again this season.

22. Indianapolis Colts (0-1): Carson Wentz was the least of the Colts’ problem in their loss to the Seahawks. Frank Reich has some issues to solve both on his offensive line and his defense if Indy is going to be a legitimate AFC threat.

21. Cincinnati Bengals (1-0): When the Bengals needed him most, Joe Burrow stepped up and made a franchise QB-esque throw on fourth-and-1 from midfield, hitting C.J. Uzomah for 32 yards to set up the game-winning field goal in OT. The Tiger King is back.

20. Washington Football Team (0-1): The Football Team rallied after losing Ryan Fitzpatrick to an injury, but defensive miscues and Justin Herbert’s greatness were too much to overcome. By all the Taylor Heinicke stock you can. Cam Newton isn’t walking through the door in D.C.

19. Denver Broncos (1-0): The Broncos’ defense is for real. Or perhaps the Giants’ offense is just terrible. Both can be true. Teddy Bridgewater took care of the ball and made plays on third down. That’s all Vic Fangio believes he needs to win games. He better hope he’s right after passing on Justin Fields and Mac Jones.

18. Philadelphia Eagles (1-0): The Cowboys turned the ball over four times and lost, the Football Team lost QB Ryan Fitzpatrick and the Giants looked hopeless in a loss to the Broncos while Jalen Hurts and the Eagles cruised to a Week 1 win over the Falcons. WaWa and Hoagies for everyone.

17. Las Vegas Raiders (0-0): I’m higher than most when it comes to the Raiders’ prospects this season, but Gus Bradley has to have the defense serviceable or else the Silver and Black will plummet down these rankings.

16. New England Patriots (0-1): Mac Jones is pro-ready, but Bill Belichick kept the game plan conservative and fumbles by Damien Harris and Rhamondre Stevenson were the difference in a loss to the Dolphins. Jones and the offense will get better as Josh McDaniels opens up the playbook as the season goes on.

14. Miami Dolphins (1-0): The Dolphins’ defense looked elite in holding the Patriots to 16 points, and rookie wide receiver Jaylen Waddle impressed in his debut. But all eyes will be on Tua Tagovailoa in his second season. The Alabama signal-caller went 16-for-27 for 202 yards one touchdown and one interception while adding a rushing score. He has to continue to improve for Miami to be considered a legitimate AFC contender.

13. Green Bay Packers (0-1): What the hell was that? After all the offseason drama, the thought was that once the Packers took the field all would be well. That was not the case. Aaron Rodgers posted one of his worst games in a long time, going 15-for-28 for 133 yards and two interceptions. Perhaps he spent too much time auditioning for “Jeopardy” in the offseason.

12. Buffalo Bills (0-1): The Bills’ Super Bowl hopes got an early reality check as the Steelers and Big Ben’s corpse went into Orchard Park and stunned the preseason AFC darlings. Josh Allen isn’t going to catch anyone by surprise this season.

11. Cleveland Browns (0-1): The Browns are still the Browns. For three quarters, the Browns controlled the game against the Chiefs. Then, everything flipped as the Chiefs scored two touchdowns in three minutes. A loss is a loss, but the Browns showed they have what it takes to hang with the AFC favorites. But the gap between contender and champion is the hardest to traverse.

10. Pittsburgh Steelers (1-0): The Steelers had only 252 yards of total offense, were four of 12 on third down, gained only 13 first downs outside of penalties and won by a touchdown. The defense is legit.

9. Arizona Cardinals (1-0): When Kyler Murray is healthy, he is one of the most dynamic quarterbacks in football. Murray rolled into Nashville on Sunday and shredded the Titans for five total touchdowns. The NFC West is going to be a bloodbath.

8. Baltimore Ravens (0-0): Injuries to J.K. Dobbins, Marcus Peters and Gus Edwards have it feeling like the Ravens might be in for a season from hell like the one the 49ers endured in 2020. Can Lamar save them from that fate?

7. New Orleans Saints (1-0): What more can you say after the Saints pantsed the Packers 38-3 in Jacksonville? Jameis Winston threw five touchdown passes but tallied just 148 yards in the win. I don’t know if the Saints can hang in the top 10, but they are deserving of this spot.

6. Los Angeles Chargers (1-0): What a difference a year makes. Last year with Anthony Lynn driving the flaming tricycle, the Chargers would have run the ball on third-and-4 up by four and put the game in the hands of their defense. On Sunday, new head coach Brandon Staley let Justin Herbert do what he does: Spin. Herbert found Keenan Allen for a gain of 9 yards to ice a Week 1 win over Washington.

5. San Francisco 49ers (1-0): A win is a win, but letting the hapless Lions have a shot to tie the game late means the 49ers have a lot to work on. Injuries to Jason Verrett and Raheem Mostert should give San Francisco cause for concern.

4. Seattle Seahawks (1-0): Chef Russ seemed to like what new offensive coordinator Shane Waldron put on his menu in the season opener against the Lions. Wilson went 18-for-23 for 254 yards and four touchdowns in a win over the Colts. Perhaps rumors

3. Los Angeles Rams (1-0): Three plays into his Rams career, Stafford showed why McVay wanted him. He faked a handoff and bootlegged out to the left before stopping and hitting Van Jefferson for a 67-yard touchdown that was aided by some putrid Bears tackling. Still, it’s a throw Jared Goff can’t make. There will be fireworks in Inglewood this year.

1. Tampa Bay Buccaneers (1-0): You’re going to give Tom Brady 80 seconds to get a field goal? That’s a mistake. Brady’s arm looked as crisp as ever in the season opener. The Bucs look as advertised despite a challenge from the Cowboys.