In 2018, Jackson became the first Black woman to qualify for the U.S. Olympic long-track speedskating team after being on the ice for only four months

Erin Jackson made history Friday when she became the first Black American woman to take the winning title at the ISU Speed Skating World Cup.

On Friday, Nov. 12, the 29-year-old athlete competed in the women’s 500-meter event at the Arena Lodowa in Tomaszów Mazowiecki, Poland, and finished with a time of 37.613 seconds to clinch her first World Cup gold medal.

Jackson beat out Japan’s defending 2018 Olympic champion Nao Kodaira by 0.13 second. The competing field also included all three of the medalists who competed at the world championships in February 2021, an event Jackson didn't compete in.

The Associated Press reported that prior to her win on Friday, Jackson's previous best World Cup finish was in ninth place. 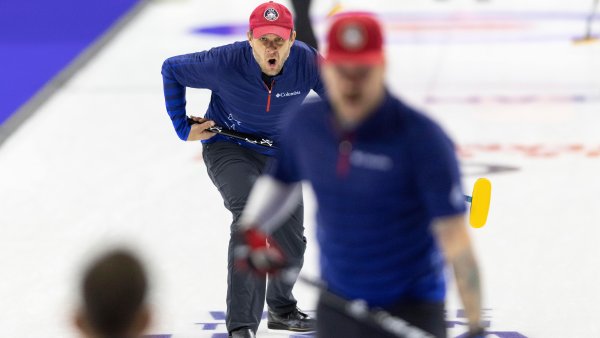 Shuster Wins US Curling Trials, Will Defend Gold in Beijing

The Florida native told Dutch broadcaster NOS that her win was a “big surprise,” adding, “I was hoping to be in podium position.”

Jackson said that much like her fellow athletes, she's "dreaming of Olympic gold."

Bonnie Blair was the last woman from the United States to win an Olympic medal in the 500-meter final, winning the last of three consecutive Olympic titles back in 1994. Shani Davis, the most successful Black male speed skater in history, has won four Olympic medals, two of which are golds.

Jackson is one to watch for the upcoming Beijing Winter Olympics in February 2022. She is the first Black woman to not only compete on the national long-track speedskating team but also qualify in 2018 for the U.S. Olympic long-track speedskating team. At the time, she had only spent four months on the ice after switching over from inline skating and roller derby. She is a member of U.S. national team for all three sports, according to her website.

At the end of October, Jackson shared a celebratory post on Instagram after winning first place in the 500-meter qualifiers and topping her personal record with a time of 37.08 seconds. She shared two photos of herself in action, followed by a video clip of her competing in the race.

“Last weekend at the Fall World Cup Qualifier I ended up with 1st place in the 500m (new personal best time) and 3rd place in the 1000m,” she wrote in the caption. “With those results I will be competing in the upcoming World Cup circuit in both distances. This is my first time qualifying for a spot in the 1000m and I'm pretty excited about it!”