Curling ice has come a long way in the 600 years since the Scottish began sliding stones across frozen lochs.

A modern curling sheet like one at the Ice Cube venue in Beijing is made with ultra-purified water and maintained at a precise range of temperature and acidity. Then, an ice-maker sprays on the little bumps — or pebbles — that enable the stones to bend their way to the target.

The high-tech and intricately choreographed process gives the athletes a consistent — or at least predictable — field of play they can rely on as the matches and tournament go on. 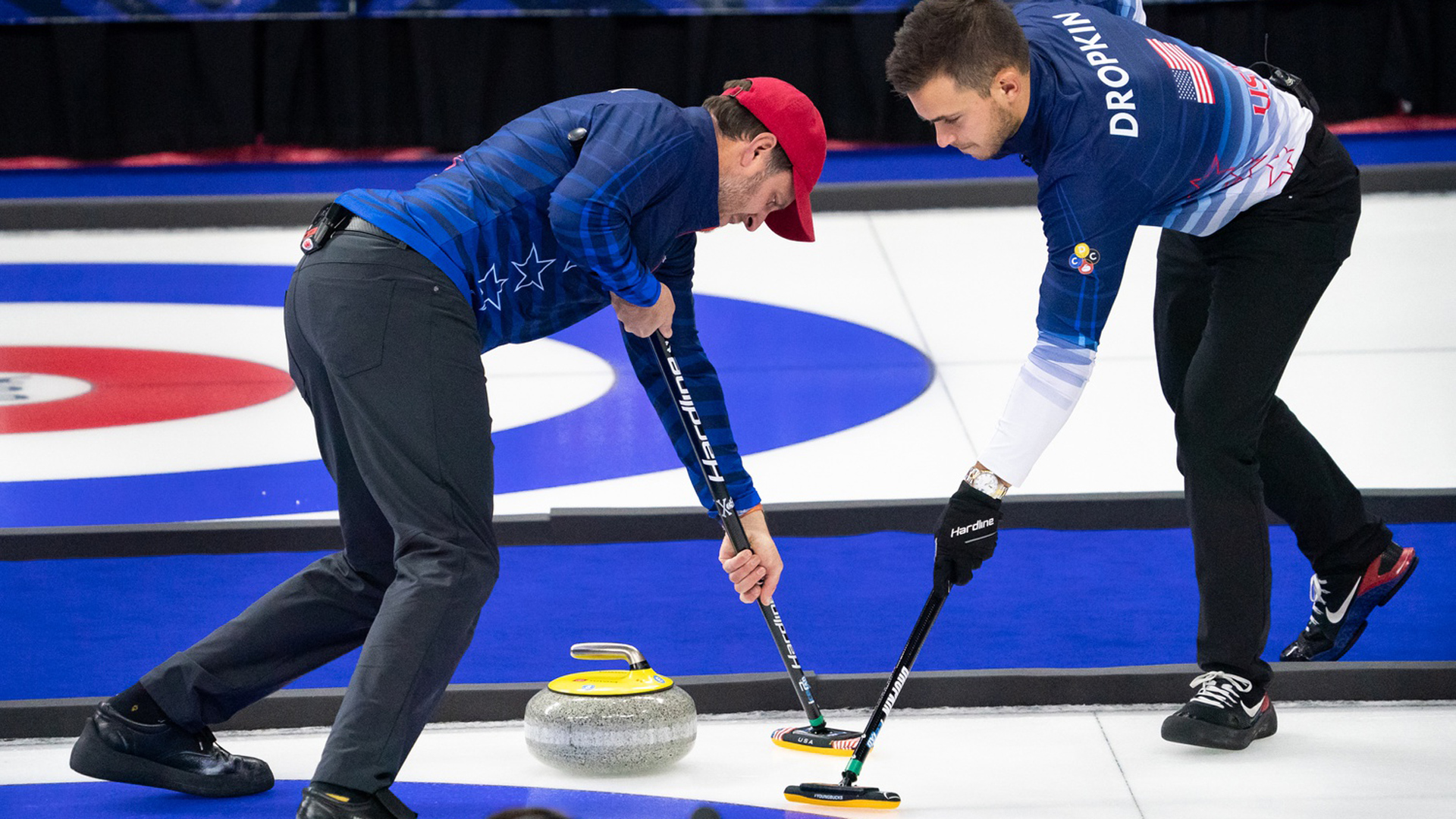 What Is Curling? Here's How the Winter Olympic Sport Works “You can make all the shots, and that’s all you want,” Canadian Brett Gallant said this week. “There’s not a shot you can’t play because of the ice.”

Here is how the ice-makers do it.

An ideal curling sheet provides 4 to 6 feet of swing, allowing the rocks to bend around blockers on their way to the target. The four different sheets at the Olympic venue should all play the same way, and in both directions, for the entire event.

Head USA Curling ice technician Shawn Olesen, who is on the ice-making staff at his second Olympics, eyes three monitors from rinkside to make sure the refrigeration units under the ice and the fans controlling arena temperature are working properly. He also watches the matches to see if the players appear to be compensating for some flaw in the surface.

To reduce the friction as the rock slides, drops of water are sprayed over the surface to form little bumps of ice called pebbles. Getting them the right size and consistency takes years of practice.

“Unlike hockey ice ... if we’re completely flat and smooth, the stone won’t travel,” says Dan Ostheimer, the ice-maker at the Broomstones Curling Club in Wayland, Massachusetts.

“The stone itself is kind of like the bottom of a coffee cup, where you’ve got just a small rim that touches the ice,” says Ostheimer, who also works for USA Curling at some of its national events. “With the pebble, we actually reduce how much of that that actually sits on the ice, the running surface.”

Curling is the busiest sport at the Olympics, with 19 straight days of competition featuring up to four matches in up to three sessions per day. The ice needs to be resurfaced between each session.

As soon as matches end, the crew scrapes off the old pebbles with a machine that is a cross between a Zamboni and a lawnmower. Others sweep and shovel the shavings away.

A member of the crew wearing a tank on his back moonwalks down the ice, waving a spraying nozzle from side to side. Evenly distributed pebbles are crucial.

“From club to club, you get those variations, but when you get up to the high — national, world — levels, those guys, they’re throwing pebble so consistent,” Ostheimer says. "It is very, very nicely done.”

Then the pebbling process is repeated using a nozzle with a larger hole, and another scrapper nips the top of the pebbles off.

It’s not just any old tap water for the Olympic curling surface.

“A lot of that science has actually developed over the past probably 50 years or so and has really improved the ice conditions, which has changed the sport a lot," Ostheimer says.

The former Beijing Summer Games swimming venue hosting this year’s Olympic competition has a few quirks that the ice-makers have had to deal with.

The air was exceptionally dry, so humidifiers were lined up along the perimeter to pump in moisture. Cold air was coming in at one end when people were opening a door, so a hot tub — a holdover from the building's swimming days — is left running to combat the influx of cold air.

With seven days of mixed doubles followed by 12 more of team curling — most bonspiels have one or the other — there was also a worry that the ice won’t last.

Olesen was keeping an eye on that, too.

Swiss-Canadian Hans Wuthrich is working his fourth Olympics as the head ice-maker. He arrived in mid-January to start getting ready for the Winter Games.

Just as with the athletes, working the Olympics is an accomplishment and an honor for ice-makers.

“We’re really familiar with all these ice-makers that are here. You kind of learn their tendencies and what the ice feels like," American Chris Plys says. “The reason they’re here is because they’re the best in the world." 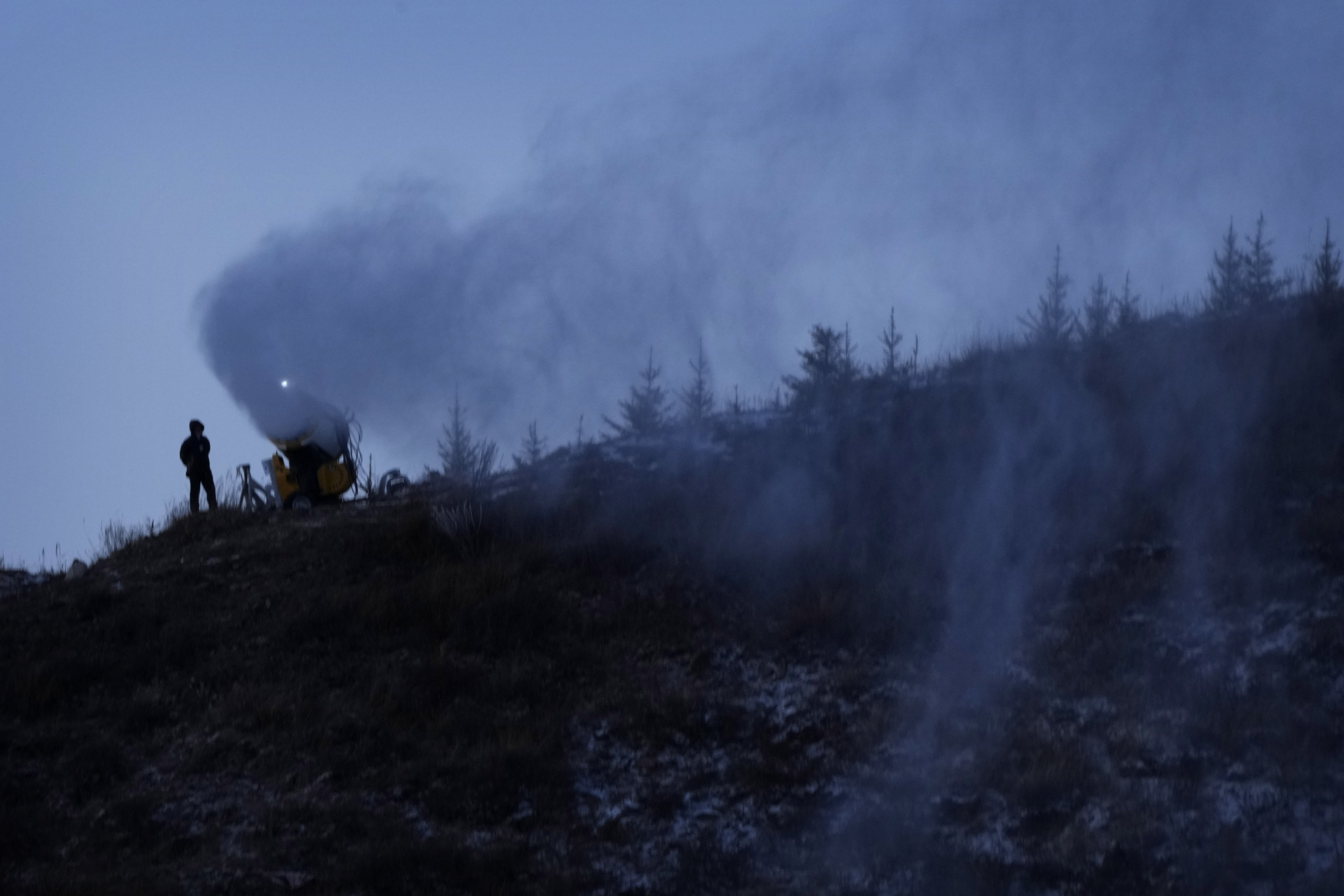 EXPLAINER: How to Stage Winter Olympics in a Snow-Challenged City