Bubba Wallace ‘Relieved' He Wasn't Target of Hate Crime, But ‘It Was Still a Noose'

Wallace said on NBC's TODAY show FBI investigators were clear in their characterization of the rope, telling him the garage pull had been fashioned into a noose — albeit not a functioning one.

Bubba Wallace, NASCAR's only Black full-time driver, said he's relieved by the FBI's determination that a rope resembling a noose found in his team's garage stall was not a targeted hate crime and had been hanging at the Alabama track since at least October, but noted that "it's still a noose."

In an interview with the TODAY show Wednesday, Wallace also expressed frustration over the backlash to the FBI's findings, telling NBC's Craig Melvin some people are now calling him "fake" and wrongfully claiming he was the person who reported the noose. 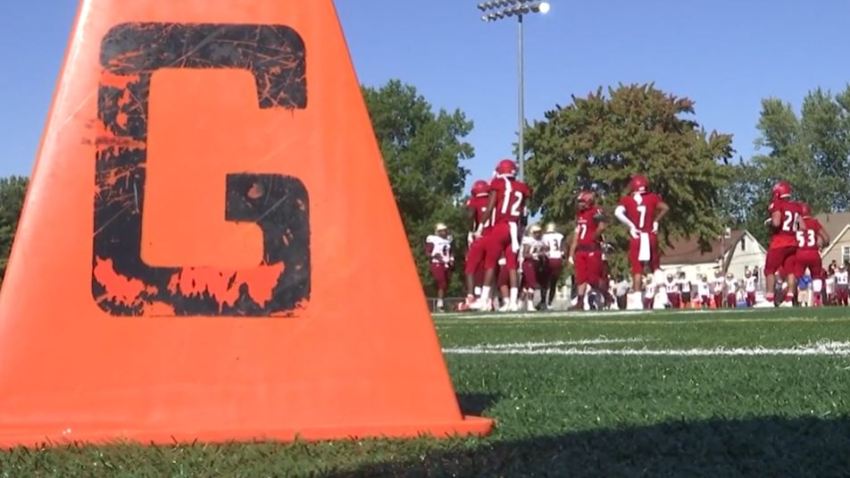 "It's still frustrating to know that people are always going to test you and always just going to try and debunk you and that’s what I'm trying to wrap my head around now," Wallace said.

Wallace said he never personally saw the noose and learned about it after one of his team members discovered the rope and reported it to NASCAR officials.

After seeing a picture of the noose, Wallace said he made a point to check the other garage doors "to make sure that this wasn't just a [garage] pull." It was the lone garage stall with a pull down rope that resembled a noose.

"What was seen in our garage is a garage pull, it is, that is a noose," Wallace told NBC's Craig Mevlin, adding that he doesn't know if the pictures will be made public, but if "anybody sees it, it's alerting and makes the hairs on the back of your neck stand up, for sure."

Federal authorities, who were called by NASCAR's sanctioning body to investigate the discovery, ruled Tuesday it had been hanging there since at least last October and was not a hate crime. Video evidence showed it had been hanging from the garage door but was the only one fashioned as a noose. Wallace coincidentally was assigned that garage.

U.S. Attorney Jay Town and FBI Special Agent in Charge Johnnie Sharp Jr. said the investigation determined “nobody could have known Mr. Wallace would be assigned" to that same stall.

Wallace said on CNN late Tuesday that the incident is still a cause for concern because "whether it was tied in 2019, or whatever, it is still a noose. So, it wasn't directed at me, but somebody tied a noose."

Wallace said FBI investigators were clear in their characterization of the rope, telling him the garage pull had been fashioned into a noose — albeit not a functioning one.

"The FBI reiterated that 'if you were to see this at this time, you would stand with your team right now on why they were so alerted,'" Wallace said.

Wallace had successfully called for the ban of the Confederate flag and received threats. Fans paraded past the main entrance of the Talladega track displaying the flag, and a plane circled above the speedway pulling a Confederate flag banner that read “Defund NASCAR."

Asked Wednesday if he's spoken to NASCAR about how they plan to enforce the ban, Wallace said he hasn't had much time to think about it, but that he respects people's right to peaceful protest "and that's what they are doing."

"It's a crazy world we live in and maybe one day we all get to a place in this world where we can all treat each other with kindness and stand up for what we believe," Wallace said. "And, that's what I'm doing."

Since speaking out over the last month, the 26-year-old Mobile, Alabama, native has embraced an international role in NASCAR's attempt to push past its rocky racial history. Wallace has worn an “I Can't Breathe” shirt, raced with a Black Lives Matter paint scheme in Virginia and successfully lobbied for the Confederate flag ban.

NASCAR has assigned security to Wallace at the track and has been protective of the driver. The first word of the incident came in a sharply worded statement in which NASCAR said it was “angry and outraged” over the “heinous act” that the series directly linked to racism.

The FBI sent 15 agents to Talladega for Monday's rescheduled race at the same time the industry rallied around Wallace. In an unprecedented show of solidarity, every team member on pit road lined up behind him during the national anthem.

Phelps has taken exactly nine questions about the finding in Wallace's garage and none provided any details of the incident. Because of health protocol restrictions, a limited number of personnel have access to the garage. Only a handful of Wallace's crew members and NASCAR saw the rope.

Roughly 48 hours after the discovery, federal authorities said video confirmed the rope “was in that garage as early as October 2019" hanging from a garage door. The rope was referred to as a noose, but can be used as a handle when closing the door.

Phelps continued to call it a noose after authorities said no charges would be filed, and held firm in that NASCAR is investigating why the rope was tied that way. He was pleased it wasn’t a hate crime directed at Wallace, but insisted NASCAR would have conducted its investigation the same way even now knowing it was just a coincidence.

“We would have done the same investigation. It was important for us to do,” he said.

“The evidence was very clear that the noose that was in the garage was in there previously. The last race we had in October, that noose was present. The evidence we had, it was clear we needed to look into this.”

He took no questions on the FBI's findings.

Meanwhile, Wood Brothers Racing team said it cooperated with the investigation and an employee recalled “seeing a tied handle in the garage pull down rope from last fall,” when the team had the stall.

NASCAR first tried to ban the Confederate flag five years ago but did nothing at the time to enforce the order. NASCAR has yet to detail how it will answer Wallace's call to stop the display of the flag.