No. 4 Michigan Heavily Favored as UConn Visits the Big House

If Michigan wants to return to the College Football Playoff, it will have to finish off its non-conference schedule with a win over Connecticut. The Wolverines are 2-0 and averaging 53.5 points a game, and the Huskies don’t figure to offer much of a test. If they pull the upset, it would be a defining win for veteran coach Jim Mora.

UConn RB Nate Carter vs. the Michigan run defense. Carter has 414 total yards in three games, including 384 on the ground, which means he’s accounted for 41 percent of the Connecticut offense. He’s going to have to carry the load against a Wolverines rush defense that is allowing just 3.1 yards per carry.

Connecticut: QB Zion Turner. Turner won three state championships at St. Thomas Aquinas in Fort Lauderdale (Fla.) but is finding life a lot tougher at Connecticut. His two losses in the first three games are as many as he had in 39 high school starts, and he’s only averaging 124.3 yards passing and six yards rushing per game.

Michigan: QB J.J. McCarthy. McCarthy and Cade McNamara were each given a shot to win the starting job in the first two games, and coach Jim Harbaugh ended up with an easy choice. McCarthy has thrown three touchdown passes with only one incompletion to go along with 66 rushing yards and another score. The Huskies have allowed 759 passing yards in three games, so McCarthy should have another big day. 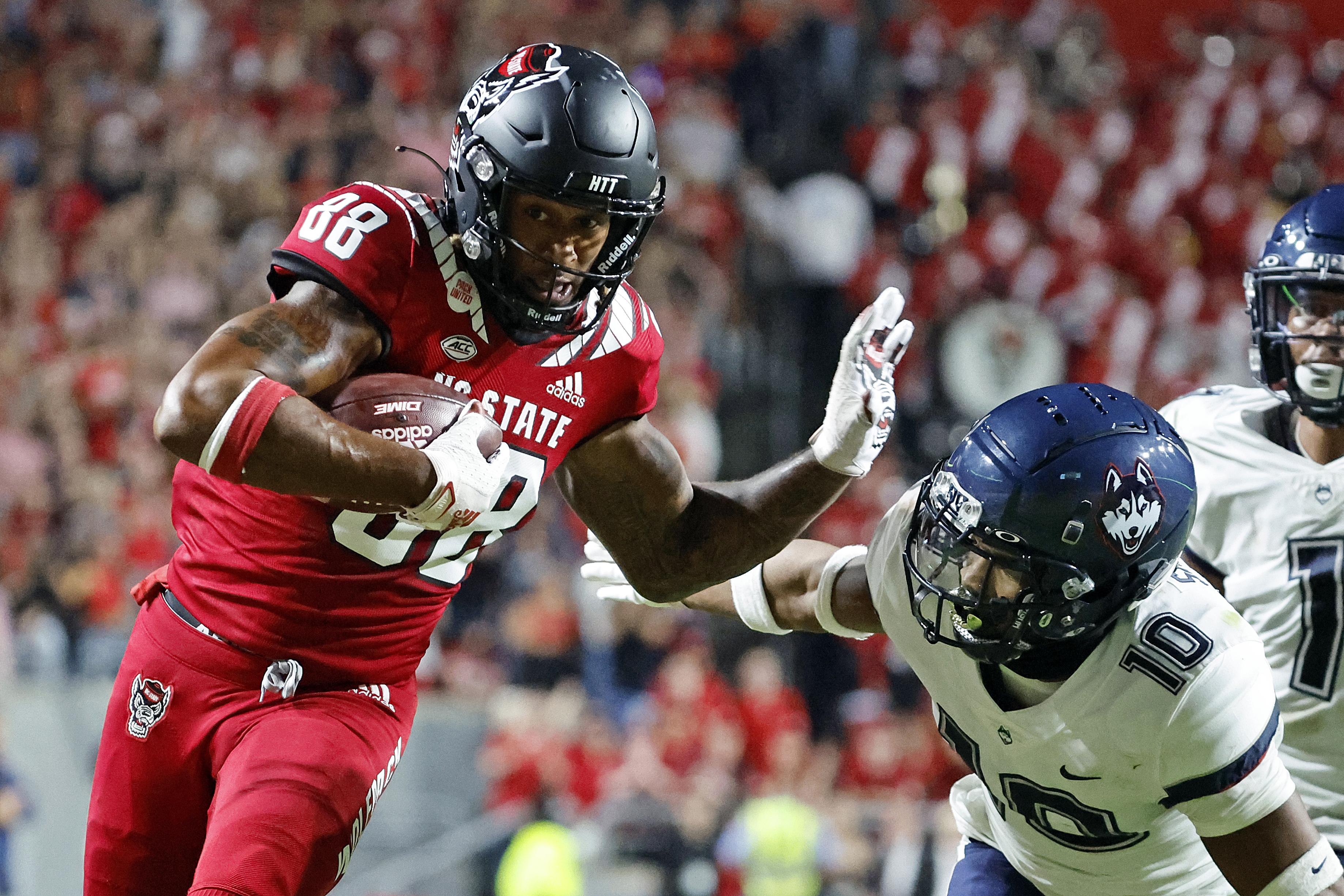 Michigan is 2-0 against the Huskies, but the second win didn’t come easily. In 2013, Connecticut took a 21-7 lead in the third quarter, helped by four Michigan turnovers, but Fitzgerald Toussaint scored twice and Brendan Gibbons kicked a late field goal for a 24-21 win. … McCarthy’s last seven offensive drives have resulted in touchdowns. … The Huskies trailed Syracuse 17-0 last week before getting a first down.