In one of the most unconventional seasons ever, UConn finished in a familiar place — at No. 1 in The Associated Press women's college basketball poll.

It's the 16th time that the Huskies have completed the regular season as the top team in the poll. They received 23 first-place votes on Monday from a national media panel of 30 voters.

UConn paused activities early on in the season due to COVID-19 issues and didn't play its first game until Dec. 12. The team ran through the Big East's regular season and conference tournament finishing at 24-1 and is in line for a No. 1 seed in the women's NCAA Tournament when the field is announced Monday night.

The Huskies were No. 1 for the final five weeks of the season.

While UConn's main goal is to win a 12th national championship, coach Geno Auriemma didn't want to downplay the poll accomplishment, especially with such a young squad led by sensational freshman Paige Bueckers.

“If the season ends and you say 'We're No. 1 in the country,' it should mean something, it means you had a great year," Auriemma said. "To me, any time you lose sight of all that, you’re diminishing your accomplishments a little bit. It can’t just be Final Four or nothing.”

There were five different teams ranked No. 1 this season — the second most in the poll's history. Stanford, which spent six weeks atop the Top 25, finished at No. 2; the Cardinal received five first-place votes. 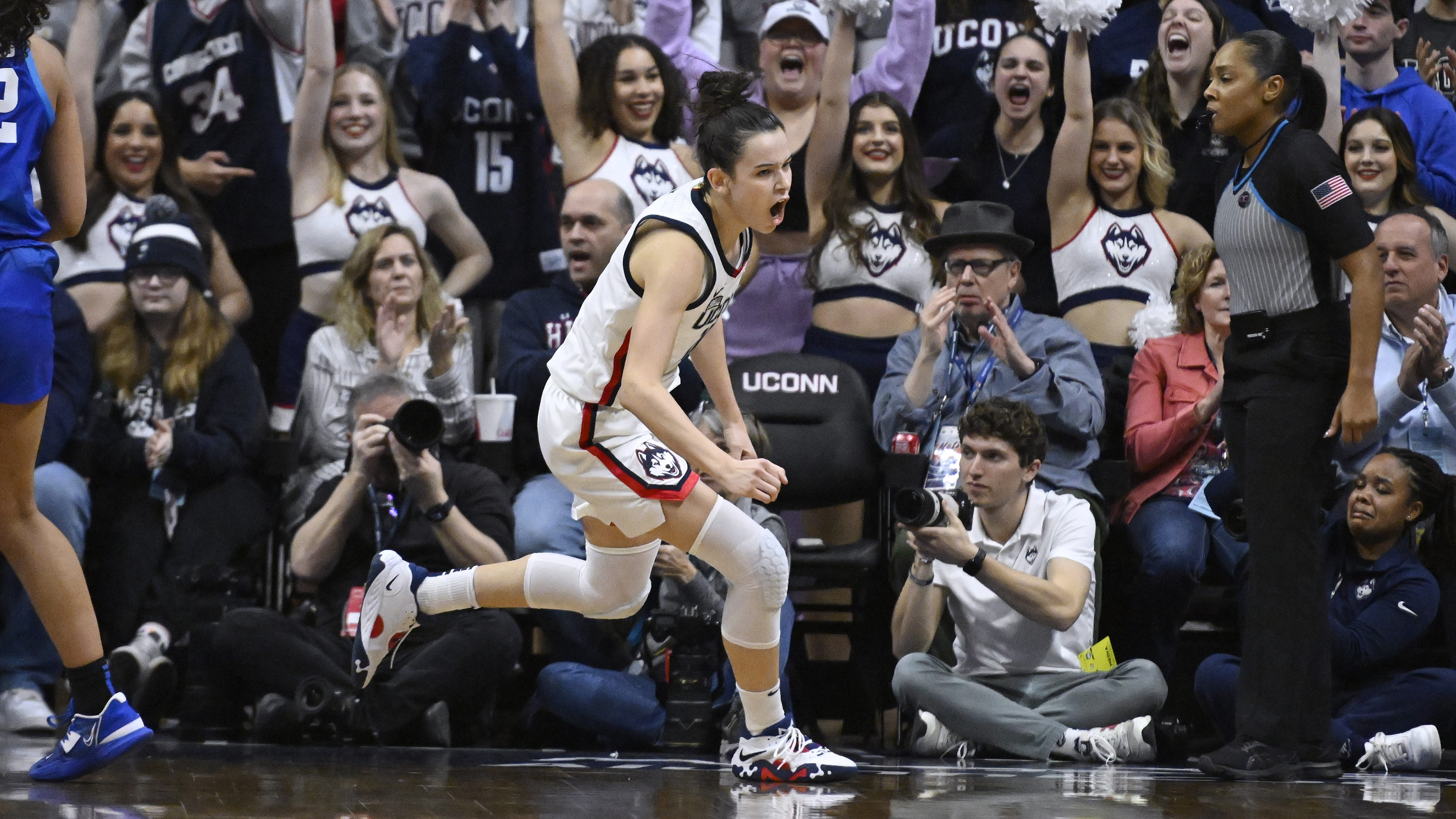 Edwards Leads No. 5 UConn to Rout of DePaul in Makeup Game

North Carolina State was No. 3, matching its best final ranking, achieved by the 1978 squad. The Wolfpack received the other two first-place votes. Texas A&M and Baylor rounded out the top five teams.

Here are other tidbits from the poll:

Buoyed by its strong run to the championship game of the SEC Tournament, No. 10 Georgia had its best final ranking in 20 years. The Bulldogs were fourth in 2001 and hadn’t been in the top 10 to end a season since.

Michigan finished the season ranked 16th, marking only the second time in program history that the Wolverines were in the final poll. They finished 25th in 2000. The team was also ranked every week for the first time.

“To finish 16th in a year where our program went through two separate pauses in the global pandemic speaks volumes to the consistency of our program and the direction we’re headed,” coach Kim Barnes Arico said.

The Southeastern Conference had six teams in the final poll with No. 6 South Carolina, No. 13 Tennessee, No. 15 Arkansas and No. 18 Kentucky joining Texas A&M and Georgia. The Big Ten was next with five teams and the Pac-12 had four. The ACC and the Big 12 each had two teams ranked.

Cal Baptist earned its first vote ever in the women's AP Top 25 after winning the WAC Tournament. The school is ineligible for the NCAA Tournament because it's in its third season of a four-year transition phase to full Division I membership status.

Receiving national recognition for the first time in the poll was a huge deal to the school, which is 24-0 this season.

“It’s a big honor to receive votes in the Top 25," coach Jarrod Olson said. "It’s been an exciting season so far and I am very proud of the hard work the team has given. “