UConn star Paige Bueckers will be out for 6 to 8 weeks after injuring her knee in a game against Notre Dame Sunday, according to the university.

The UConn sophomore guard was bringing the ball up the court with less than a minute to go in UConn's win over the Fighting Irish when she appeared to take a misstep and was immediately in pain.

"Obviously, we’re all extremely disappointed for Paige and that she suffered this injury. It would be really hard to describe how much basketball means to Paige and how much her teammates mean to her," UConn head coach Geno Auriemma said in a statement. "Not being able to do the thing that she loves to do, to be there for her teammates, is really difficult for her." 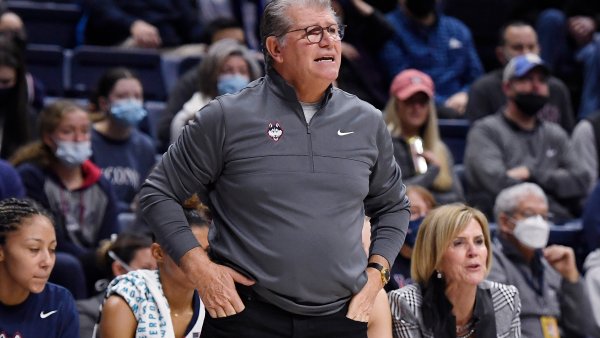 Auriemma said his main concern isn't about when Bueckers will be able to return to the court but rather what is best for her long term.

"Every decision made will prioritize what’s best for Paige and her career. Everyone involved with this program will be there to support Paige through her healing process," he said.