UConn hasn't played in a postseason tournament in four years.

Freshman James Bouknight added 17 points and Isaiah Whaley had 13 for the Huskies (18-12, 9-8 American Athletic Conference), who won their fourth straight game, but just their second this season over a ranked opponent.

“We're a good team that's finally learning how to win," Hurley said. “I would think if we continue to play well, we'll get a chance to play somewhere.”

Quentin Grimes scored 24 points and Caleb Mills added 20 for Houston (22-8, 12-5), which fell into a tie for second place in the conference.

UConn took control with a 15-2 run in the second half while Houston's Nate Hinton and DeJon Jarreau dealt with foul trouble. 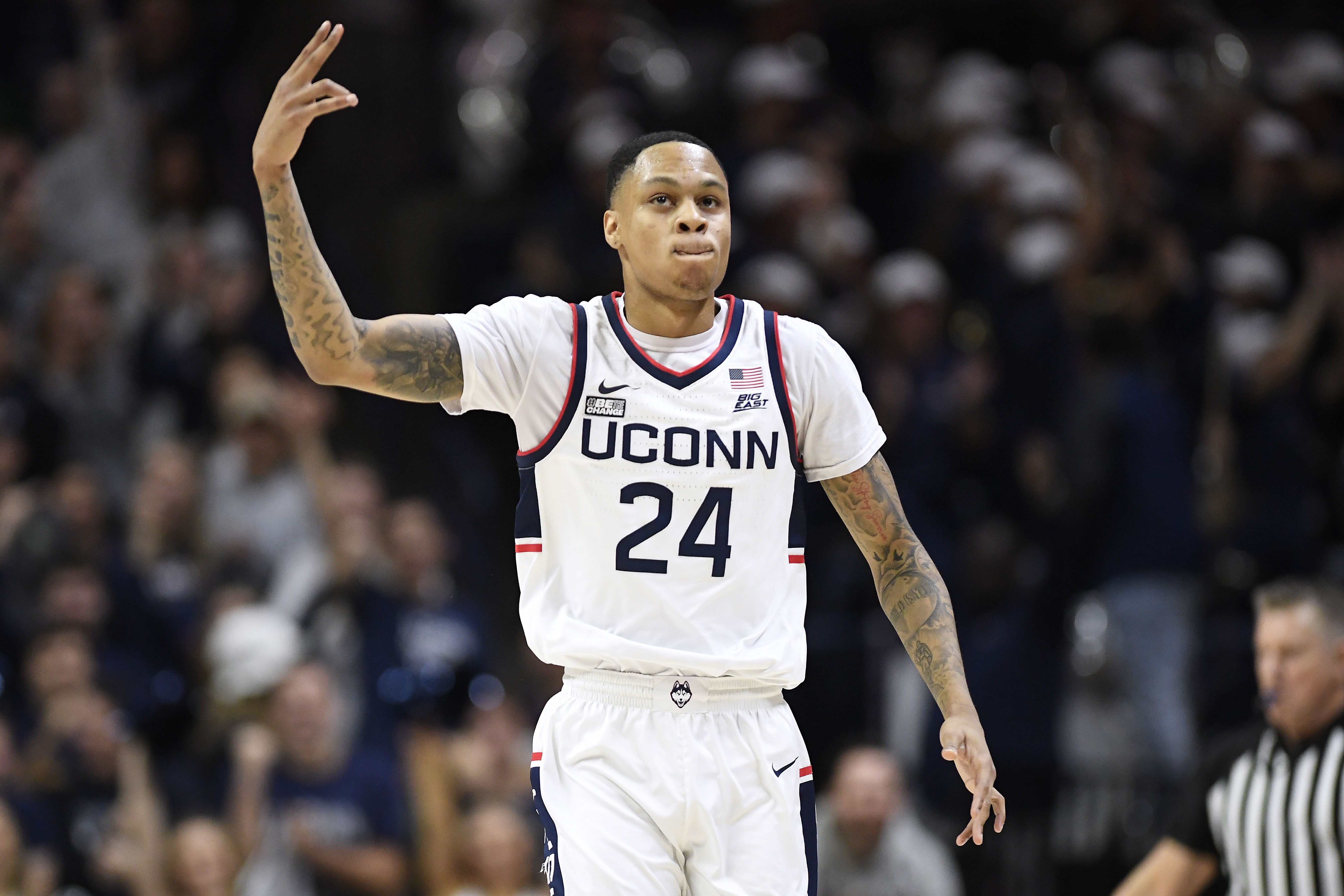 The Cougars led by seven at the half.

But Hinton picked up his third foul early in the second half and Bouknight converted a four-point play that energized UConn.

A 3-pointer from Vital tied the game at 41 and an off-balance shot by Jalen Gaffney gave UConn its first lead of the half at 47-45.

Jarreau was called for a charge and fouled out with just under six minutes left.

That led to a jumper by Vital at the other end that put UConn up 60-53, part of the decisive run.

“We kind let ourselves get sped up whenever the crowd got into it,” Mills said. “We've got to mature in that aspect of the game.”

Grimes hit a pair of long 3-pointers late that cut the UConn lead to 75-71 with 25 seconds left. But Vital won the game from the foul line.

The Cougars scored the game's first five points, but then missed 10 consecutive shots, allowing UConn to go on a 16-0 run over the next seven minutes.

Houston fought back and took the lead at 32-30 on a contested jumper from the left wing by Mills.

Mills and Grimes scored every point in a 10-0 run over the final two minutes of the first half, which was capped by Grimes' 3-pointer from the right baseline at the buzzer.

Vital is averaging 16 points, 17.3 in conference games and 23.2 in the Huskies' last six games, five of them wins. He spoke to the sellout crowd at Gampel Pavilion for several minutes after the game as they chanted “M-V-P” at him. He ended his remarks with “Sniper out,” and dropped the microphone.

“He's a guy that we'll talk about both in the near future with teams and down the line when we get back to being what UConn is supposed to look like and say this was the year that the standard got back to being the standard," Hurley said.

UConn outscored Houston 26-13 on the fast break and had nine second-chance points while holding the Cougars to just two.

“I do think we have a good program, but this is a long way from being a high-level team,” coach Kelvin Sampson said.

UConn: The Huskies have won their last six home games and finished the season 14-3 at home. They are 2-4 against ranked opponents, with their other win coming against then-No. 15 Florida in November.

Houston: Hosts Memphis on Sunday in its regular-season finale.

UConn: The Huskies end the regular season in New Orleans on Sunday against Tulane.