Behind Enemy Lines: Giants and Steelers Bloggers Face Off Before Their Teams Do

As we get ready for this week's matchup between the Giants and Steelers, I exchanged e-mails with bloggers Ed Valentine from 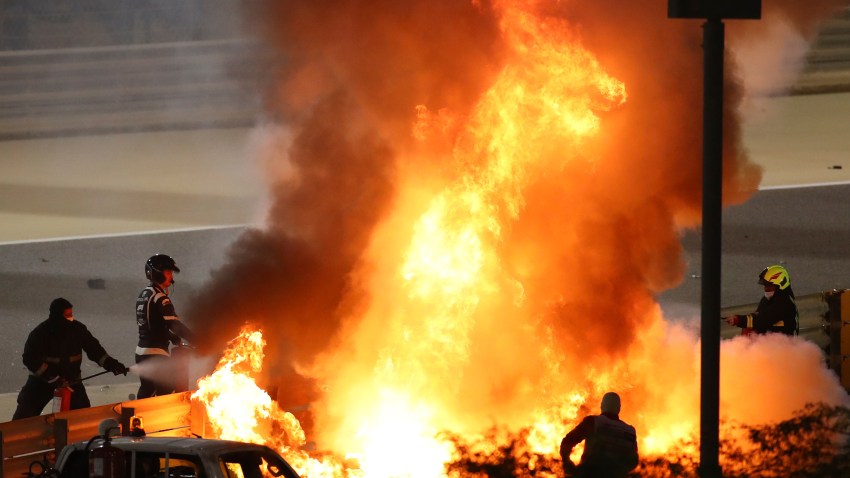 Formula One 13 hours ago

Big Blue View and Donald Starver from Steelers Today . Ed and Donald were nice enough to offer some insights on both teams for this week's Behind Enemy Lines feature.

Not only is this a huge game this week, but it pits two very similar teams. Both have recently won championships, both start quarterbacks drafted in 2004 and both are good enough to meet again in the Super Bowl. This is also their 75th meeting.

Sportz Assassin: I feel that these are the top two teams in each conference (sorry Tennessee). How important is this game to your team?

Ed Valentine: This game is not make-or-break for the Giants. It is important for the Giants to play well, though, as the Steelers are the best team the Giants have faced so far. A victory would go a long way toward making people believe the Giants have a shot at making another deep playoff run. I'm dying to see if New York can run the ball on Pittsburgh's defense.

Donald Starver: This game is very important for the Steelers. Not only are they facing the reigning world champs, but they're also facing an opponent that is almost a mirror image of the Steelers.
The Steelers and Giants are both 5-1, and both stand atop their respective divisions. Both teams live and die by the same philosophy; run the ball, and stop the run. Both teams play an attacking defense that focuses on pressuring the quarterback. The Steelers have the NFL's #1 ranked defense, and they've sacked opposing quarterbacks 25 times this year. The Giants have the NFL's #4 ranked defense, and have 21 sacks. Both teams are led by quarterbacks that were taken in the 1st round of the 2004 draft. Both young quarterbacks have led their teams to Super Bowl glory. Are there any two teams in the league that are more similar?

But the importance of this game doesn't stop there for the Steelers. This game is the first step of a 10 game walk through a minefield. During that stretch, the Steelers face each of their division rivals one last time, plus they face the Giants, Redskins, Colts, Chargers, Patriots, Cowboys, and Titans. That is the most difficult stretch that any team in the NFL will face this year. A win over the Giants will be a great way to build momentum for that stretch, so this game is incredibly important for the Steelers.

Sportz: One link between your two teams is Plaxico Burress. Plax has been whining all year and is now complaining about his role on the team. What is your take on him?

Ed: Ah, Plax. What is it with the wide receiver position? Aren't any of these star receivers ever happy? Anyway, I am looking for a huge game from Burress Sunday, since it is in Pittsburgh where he started his career. Long-term I have said repeatedly on my site and when others have asked me that, considering the current climate, I doubt very much Burress finishes the five-year contract he just signed in a Giants uniform.

Donald: Plax is a very talented receiver. There is no doubt about that. That's why the Steelers drafted him out of Michigan State. But Plax has always been a selfish player. His current behavior with the Giants just shows that he hasn't changed. He's still the type of player who puts his own needs above the needs of the team.

The Steelers chose to pay Hines Ward and let Plax walk. I wouldn't change anything about that decision. Hines Ward personifies the Steelers. He's physical, passionate, and places the team's goals ahead of his own.

I wish Plax well, but I wouldn't want him on the Steelers.

Sportz: Both Eli Manning and Ben Roethlisberger came out of that 2004 Draft. Right now, which QB would you rather have on your team?

If you compare their career statistics, Roethlisberger completes a much higher percentage of his passes than Manning (63.2% versus 55.4%). Big Ben has passed for more yards (12,836 yards vs. 12,774 yards) despite having made over 400 fewer pass attempts than Manning. He's thrown for more touchdowns, and fewer interceptions. He has a career passer rating of 93.0 versus 74.9 for Manning. If this were tennis, they'd be saying "game, set, match" right about now.

Big Ben is playing at such a high level right now. He's carrying the Steelers on his shoulders. He's playing behind a makeshift offensive line, and the last two games he's had to rely on the team's 3rd string running back. Yet Ben keeps leading the Steelers to victories. I'd argue that Ben might just be the leading candidate for the league MVP this year.

I think that if you asked most Giants fans who they'd take if they could have a "do over" on the 2004 draft, most would agree that Big Ben would be a better pick.

Ed: Eli. Both are terrific. Short answer is I think Eli has more long-term upside since he just now seems to be finding his stride. Both sides are happy with their guy, though, and they should be. We just had this debate with a rival Steelers blog on my site.

Sportz: The FanHouse's Steelers blogger Adam Gretz agrees with Donald on this one.

Both teams are 5-1. The Giants lone loss was to an AFC North team; the Steelers loss came in the NFC East. How would your team fare in the other's division?

Ed: I think the Giants, placed in the AFC North with Pittsburgh, would fight the Steelers right to the end for the division title. Yes, the Giants lost to the Browns but that does not make the Browns the better team.

Donald: I'd love to say that the Steelers would win the NFC East, but I just don't know. In my opinion, that is the toughest division in the NFL this year.

The NFL Schedulers have pitted the two divisions against one another this year, so we won't have to speculate much longer. Each AFC North team will play each NFC East team. We'll see how things turn out.

Sportz: Right now the NFC East is 5-1 against the AFC North with the lone loss being the Giants in Cleveland.

Alright, now the game. Both teams love to run, play stout defense, have 5th-year quarterbacks, physical receivers, etc. So what is the biggest advantage the Giants have on the Steelers on Sunday?

But seriously, the Giants probably have the advantage in their running game. They have been playing at a very high level, and they lead the league in rushing offense. Willie Parker is nursing an injury, and Rashard Mendenhall out for the year. Moreover, the Steelers offensive line has been suspect this year. I'd say the Giants' rushing attack has an advantage over the Steelers' right now.

The Steelers' defense is only allowing 69.7 rushing yards/game this season. The Giants offense is averaging 169.7 rushing yards per game. Something has to give. The old question of "what happens when an immovable object meets an irresistible force?" may just be answered this weekend when the Steelers face the Giants.

Ed: I would say the biggest advantage the Giants have should be their defensive line. Pittsburgh has struggled with pass protection and offensive line play all season (19 sacks), and we know the Giants live to pressure the passer. The Giants will also throw all sorts of blitzes at that line. If the Steelers can't handle the heat, it will be a long day for Roethlisberger.

Sportz: What advantage do the Steelers have on the Giants?

Donald: The Steelers will be playing at home. That's an important advantage. Heinz Field is a very difficult place for opposing teams to play. Steelers fans are the best 12th man in the NFL. The Terrible Towels will be waving.

The Steelers have a better quarterback than the Giants, and Big Ben is playing at a very high level right now.

The Steelers have the best tandem of linebackers in the NFL. James Harrison and LaMarr Woodley are both among the top 5 in the NFL in sacks. Before the game is over, Eli Manning will know both of them very well.

Ed: Well, they are at home first of all. Secondly, I am really curious to see if the Giants can find a way to run the ball with some success against the Pittsburgh front seven. This is a strength on strength matchup here and I have no idea which side will win it.

Sportz: This should be a fantastic game. Alright, I need some predictions.

Outstanding work, gentlemen! Hopefully everyone will keep all of this in mind when they watch the game on Sunday afternoon.

Again, thanks to Ed Valentine and Donald Starver for dropping by the 'House and dropping some knowledge.