Olympics Say Goodbye to Asia After a Star-Crossed Run. When Could They Return?

As it did with China, the IOC can envision India as a new frontier that will yield deep-pocketed sponsors

The Olympics have said goodbye to Asia after a star-crossed run, and it's unclear when they'll be back after the continent hosted four of the last eight Games.

The next few host cities have already been booked, meaning the earliest return to the continent could be for the 2030 Winter Olympics, where Sapporo, Japan — the 1972 Winter host— is probably the favorite.

The Summer Games, meanwhile, could return to Asia as soon as 2036, and the favorite could be the world's most populous country — not China, as you might expect, but India.

India's population is expected to overtake China's 1.4 billion in the next decade, and it is lobbying for the western city of Ahmedabad to be the host city for 2036, with events elsewhere, including New Delhi, the capital.

“India is in a race for hosting 2036,” Narinder Batra, president of the Indian Olympic Committee, told The Associated Press. He offered few other details.

In a show of support, the IOC has scheduled the annual meeting of its full membership for next year in the western Indian metropolis of Mumbai. It's a signal the courting has begun.

Delivering the pitch: Indian IOC member Nita Ambani, who is married to Mukesh Ambani, the chairman of India's multinational conglomerate Reliance Industries. The family fortune has been estimated at $100 billion.

As it did with China, the IOC can envision India as a new frontier that will yield deep-pocketed sponsors, television rights deals and generous government support. 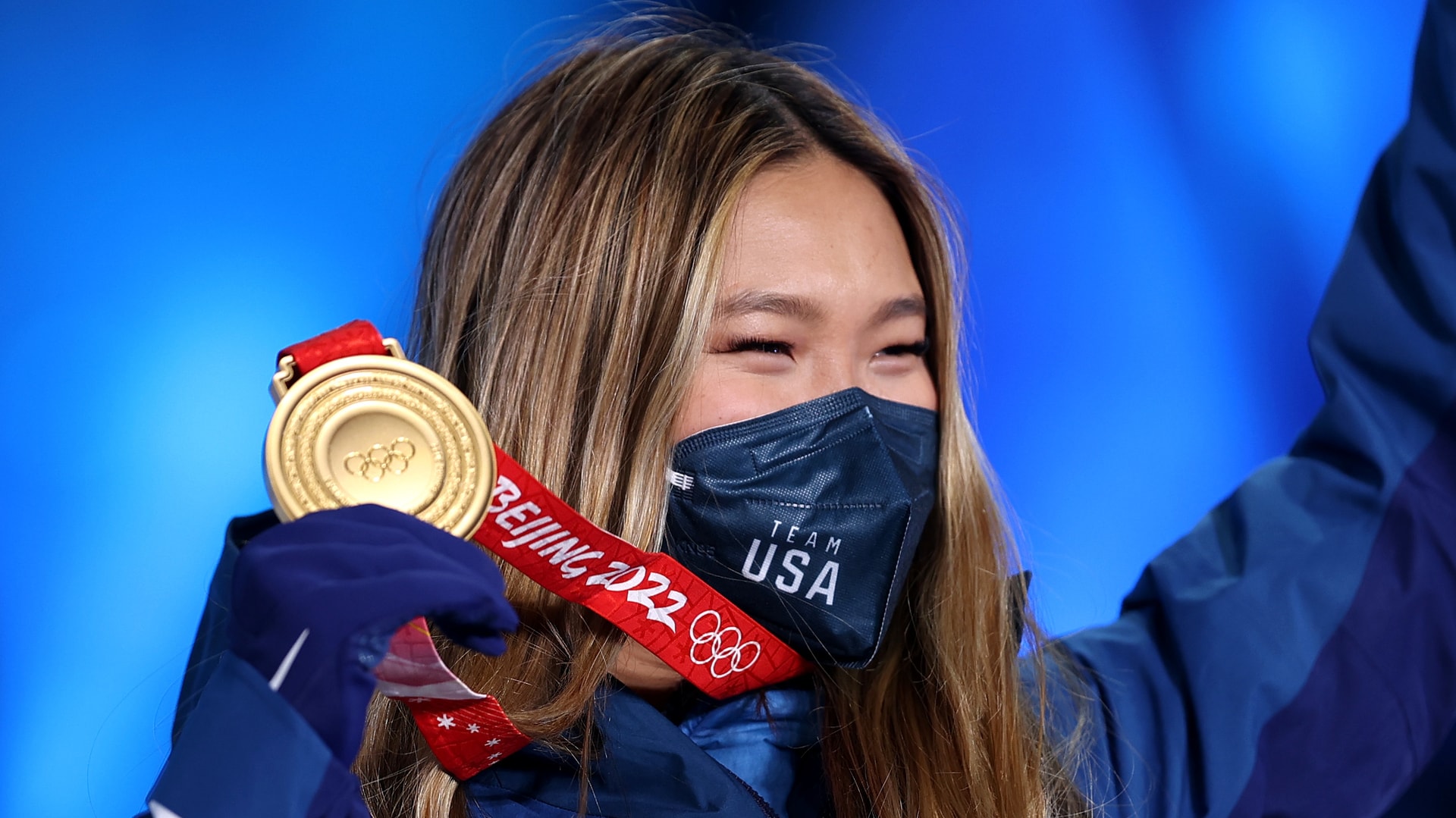 Best Soundbites from the 2022 Winter Olympics

Departing Asia means returning to familiar terrain: the Summer Games in Paris in 2024, the 2026 Winter Games in Milan-Cortina, and the 2028 Summer Games in Los Angeles. Brisbane is also lined up for the 2032 Summer Olympics, a return to Australia 32 years after Sydney.

Brisbane is certain to add cricket to its sports menu and, of course, it would stay in place for India, where the sport has the world's most fervent following.

The Asia focus started with the 2008 Beijing Olympics, a grand coming-out party that many hoped would change China. Instead, China used the Games to change how it was viewed.

The Asia run enriched the IOC with lucrative billion-dollar sponsorship deals with China’s Alibaba and Japan’s Toyota, put down roots in the world’s most populous continent and featured a return to South Korea 30 years after the 1988 Seoul Olympics were credited with helping to usher in democracy.

The past decade of Games has also generated consistently bad public relations for the IOC. This includes a state-sponsored doping scandal from the 2014 Sochi Winter Olympics that lingers and surfaced again with allegations in Beijing against Russian figure skater Kamila Valieva.

International Olympic Committee President Thomas Bach discusses his feeling on what he saw while watching Kamila Valieva and the women’s figure skating individual competition on television.

There was IOC vote-buying linked to the award of the Tokyo Olympics, which forced the resignation of the head of Japan’s Olympic Committee, Tsunekazu Takeda, and a diplomatic boycott of the just-finished Beijing Games centered on human rights abuses that also dogged Beijing in 2008.

Add in the 2016 Games in Rio de Janeiro, where there were problems at another nontraditional stop. It saw the organizing committee face bankruptcy and Carlos Nuzman, the head of the committee, convicted of corruption, money laundering and tax evasion. The former IOC member is appealing.

“The IOC I think is viewed as a villain globally at this time, and they have to do something to change their image," said Robert Baade, a sports economist at Lake Forest College outside Chicago. ”I’m not sure that’s going to happen at any time soon."

Baade is the co-author of “Going for Gold: The Economics of the Olympics,” a study that looks at the costs and benefits of the Games.

“It’s these little things, the five-star hotels, the elitism, the privilege that the IOC displays — and its eurocentrism," Baade added.

Christophe Dubi, the Olympic Games' executive director, acknowledged India has expressed strong interest, but declined to name other countries that have. Several Chinese cities have been mentioned as possibilities, along with Jakarta, Indonesia, Seoul and others.

According to the IOC, about 12% of athletes had at least one injury in the 2018 Pyeongchang Olympics.

“We have to respect that some are speaking confidentially to us because the public authorities are not fully on board, or sometimes governments are interested but it's not the right timing," Dubi said.

The IOC no longer runs a wide-open bidding process, instead selecting cities in which it has interest — and vice versa. It puts the selection in the hands of the IOC leadership rather than with IOC members. The 2036 host is unlikely to be picked until after the next IOC presidential election in 2025.

For 2030, other cities besides Sapporo in the mix could be Vancouver, Salt Lake City and a Spanish bid, perhaps from Barcelona.

The IOC owes Japan a favor after the one-year delay of the 2020 Olympics cost organizers an added $2 billion. Dubi would not confirm any of this but said the IOC was lucky to have Japan and China organizing the last two Olympics in the middle of the pandemic.

“I think we were very fortunate to have them as partners," Dubi said. “I don’t say that others could not have done it. But if you had to pick two countries where it was always doable and where you wouldn’t have doubts that they could pull it off — it’s those two."

After strong performances at the Tokyo Olympics, these five young U.S. Olympians could become stars at the 2024 Olympics in Paris.