Nothing says playoff anthem like a Vanilla Ice song parody

In conversation, Kevin Williams sounds like a slightly less manic version of his musical muse "Weird" Al Yankovic -- appropriate, considering the Seattle songwriter has always had an obsession with that art of the song parody.

Like, for example, when he would listen to the Vanilla Ice's Caucasian hip-hop classic "Ice, Ice Baby" on the radio growing up. Inside Williams's warped mind, all he heard was "Ice, Ice Hockey." 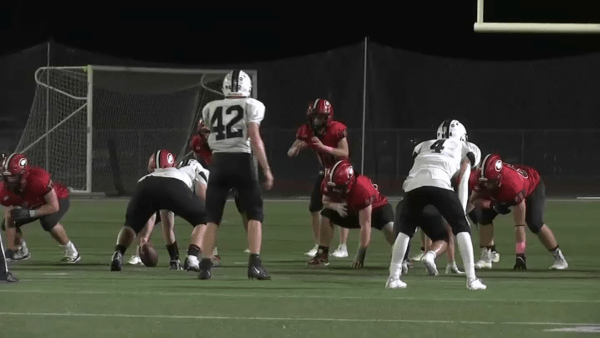 That's the first line in eight Stanley Cup playoff anthems Williams and his band The Gifted Losers created for this postseason, each one built around Vanilla Ice's inescapable single. Plans to release songs for all 16 teams were scrapped due to production delays, so the focus was placed on the semifinalists.

"We're huge hockey fans," said Williams. "Lyrics happen pretty quickly. If you listen to more than one, you realize it's fairly formulaic. We just had to find the right players for the right holes."

He said the Vancouver Canucks edition of "Ice, Ice Hockey" was one of the most successful thus far. Is that an easily rhyme-able roster? "You can rhyme the twins I guess, but not particularly," he said. "I do like saying 'Luongo' though. It's one of my favorite words to say: 'Luongo.'"

The Losers' plan for their anthems is simple: Get them on the radio, downloaded on the Web and (they hope) played inside the arena during the postseason. But they're also asking hockey fans to get in on the fun by creating music videos for the songs and posting them online.

Coming up, all eight of The Gifted Losers' "Ice, Ice Hockey" playoff anthems, which are starting to get play on blogs like the Bruins' Hub Hockey, which filed it under "So Bad It's Good." When it comes to repurposing a Vanilla Ice song for NHL teams, that might be the best intention.

"Back in the day, we hated ["Ice, Ice Baby"]," said Williams. "Now it comes on and it's like 'Check out the hook while my DJ revolves it.' It's one of those songs you love to hate."

First, a warning: This is a Mad-Libs approach to songwriting. There are eight songs, but it's mostly just the same song with different names plugged in ... and then instructions on how to make your own video. Listen to all eight at your own peril.

First up, the Boston Bruins. Sample lyric: "Milan's a beast/he goes hard to the whistle/Wideman's hard core/got a shot like a missile."

Next it's the Carolina Hurricanes. Again, if you didn't believe us, please understand that this gets a tad repetitive.

As for the Washington Capitals.

Next it's the Pittsburgh Penguins.

The Vancouver Canucks, one of Williams's favorites:

The Chicago Blackhawks. No, they didn't have the stones to rhyme "Byfuglien."

Here be the Detroit Red Wings.

And finally, the Anaheim Ducks. Kudos to you if you've listened to more than two of these.