One of the game’s top receivers is headed to Sin City.

The Las Vegas Raiders reportedly are bringing in Green Bay Packers standout Davante Adams in a trade and giving him a five-year, $141.25 million contract that makes him the highest-paid wideout in the NFL.

The move reunites Adams and his college quarterback, Derek Carr. The duo was dynamite at Fresno State, with Adams catching 233 passes for 3,031 receiving yards and 38 receiving touchdowns over two seasons. Twenty-four of those touchdowns came in 2013, when Carr wound up finishing eighth in Heisman Trophy voting.

Both players have excelled in the NFL, as well. Carr led the Raiders to the playoffs in 2021 while throwing a career-high 4,804 passing yards. Adams, meanwhile, is a back-to-back, first-team All-Pro selection and also reached career highs with 1,553 receiving yards and 123 catches for the top-seeded Packers last season. 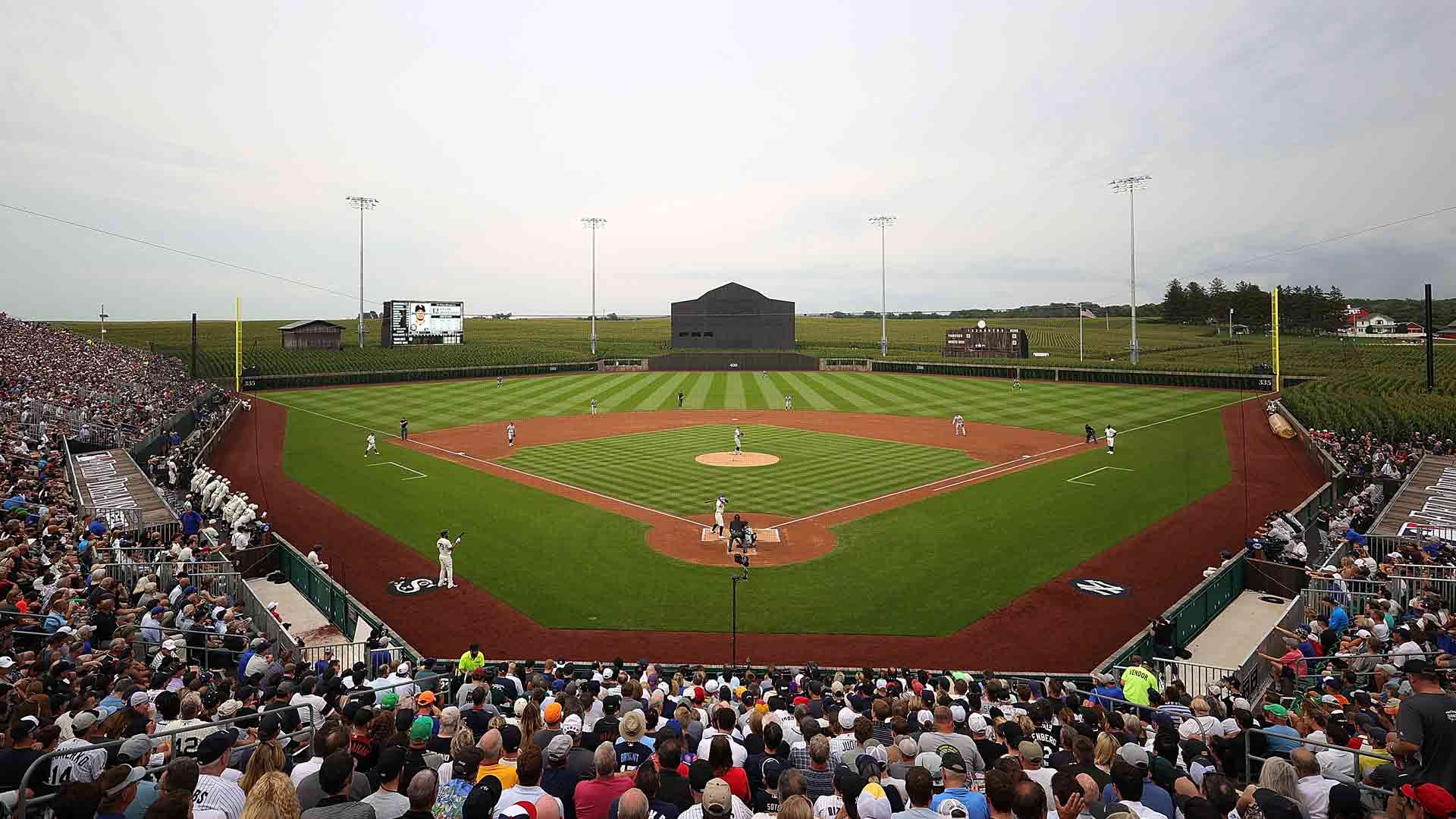 Field of Dreams 2 hours ago

Adams is by far the biggest weapon on offense for Carr and new Raiders head coach Josh McDaniels, but he certainly isn’t the only one. Darren Waller is one of the best tight ends in the NFL, while wideout Hunter Renfrow and running back Josh Jacobs are also productive at their respective positions.

Along with Adams, the Raiders also added pass rusher Chandler Jones as a major move to keep up with an increasingly daunting AFC West. The Kansas City Chiefs have reached four straight AFC Championship Games, the Denver Broncos traded for Russell Wilson and the Los Angeles Chargers brought in Khalil Mack and J.C. Jackson.

Carr and the Raiders’ gain is also Aaron Rodgers’ loss. The Packers quarterback signed an extension with the franchise on Tuesday worth a reported $150 million and will now be without his top target moving forward. After Adams, Allen Lazard was the Packers’ next-leading receiver with 513 yards last season.

Even as Rodgers was negotiating his contract, the writing was reportedly on the wall for Adams and Green Bay:

In return for one of the top receivers in the league, the Packers are getting back picks Nos. 22 and 53 in the upcoming draft, which takes place in Adams’ new home of Las Vegas.