Explainer: What's Next for the USA Basketball Men's Program

There’s a slew of young players who might be next like Donovan Mitchell, Zion Williamson and Julius Randle

For USA Basketball’s men’s national team, the next item on the to-do list isn’t the 2024 Paris Olympics. It’s not even the 2023 World Cup, which will end in the Philippines.

It’s a qualifying tournament, in about three months.

The Olympics are supposed to be a four-year cycle in normal times, which has given USA Basketball ample opportunity in the past to catch its breath. These are not normal times. The cycle between Tokyo and Paris is just three years because of the delay caused by the pandemic, and that means the road toward the 2024 Games is starting much faster than usual.

What's next for the National Team?

That depends on your definition. Most fans think of the national team as NBA players like Kevin Durant, Draymond Green and Bam Adebayo — and it’s not likely any of them will wear red, white and blue with “USA” across their chest until the World Cup in 2023. But USA Basketball, if past form holds, will put together a team of players from the G League to compete in the first World Cup qualifiers in November. That will be the first of six two-game windows to become one of the qualifiers from the Americas region. The process lasts through February 2023.

Why is World Cup qualifying important?

Even though the U.S. is No. 1 in FIBA’s world rankings and assured to stay there after winning a fourth consecutive Olympic gold, the Americans aren’t guaranteed a berth in any of the next two big tournaments. They need to qualify for the World Cup, and then they can qualify for the Olympics based on its finish there in 2023. If they stumble at the World Cup, their fate for Paris would hinge on winning a last-chance qualifier, likely a couple months before the Olympics and during the NBA playoffs. 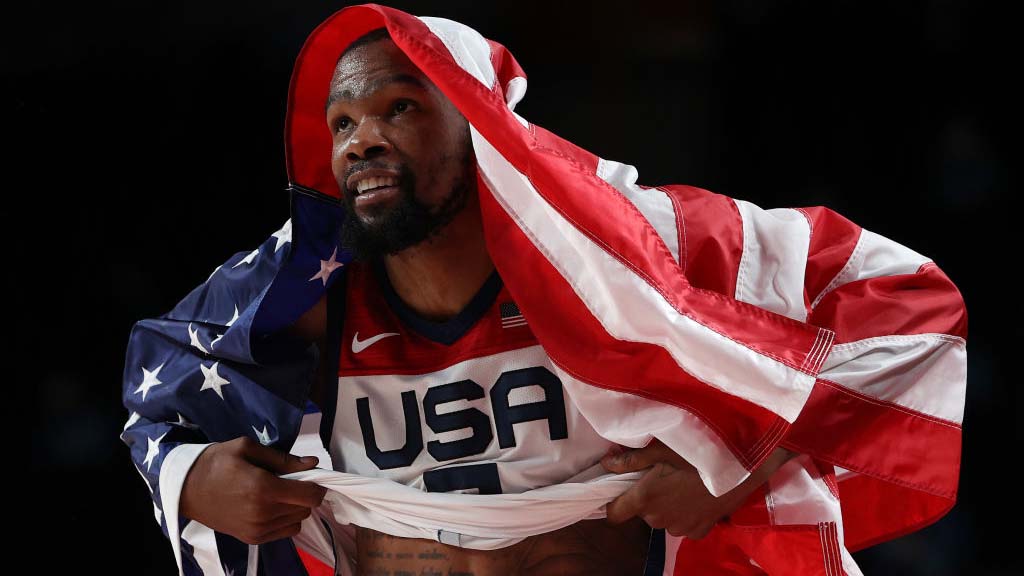 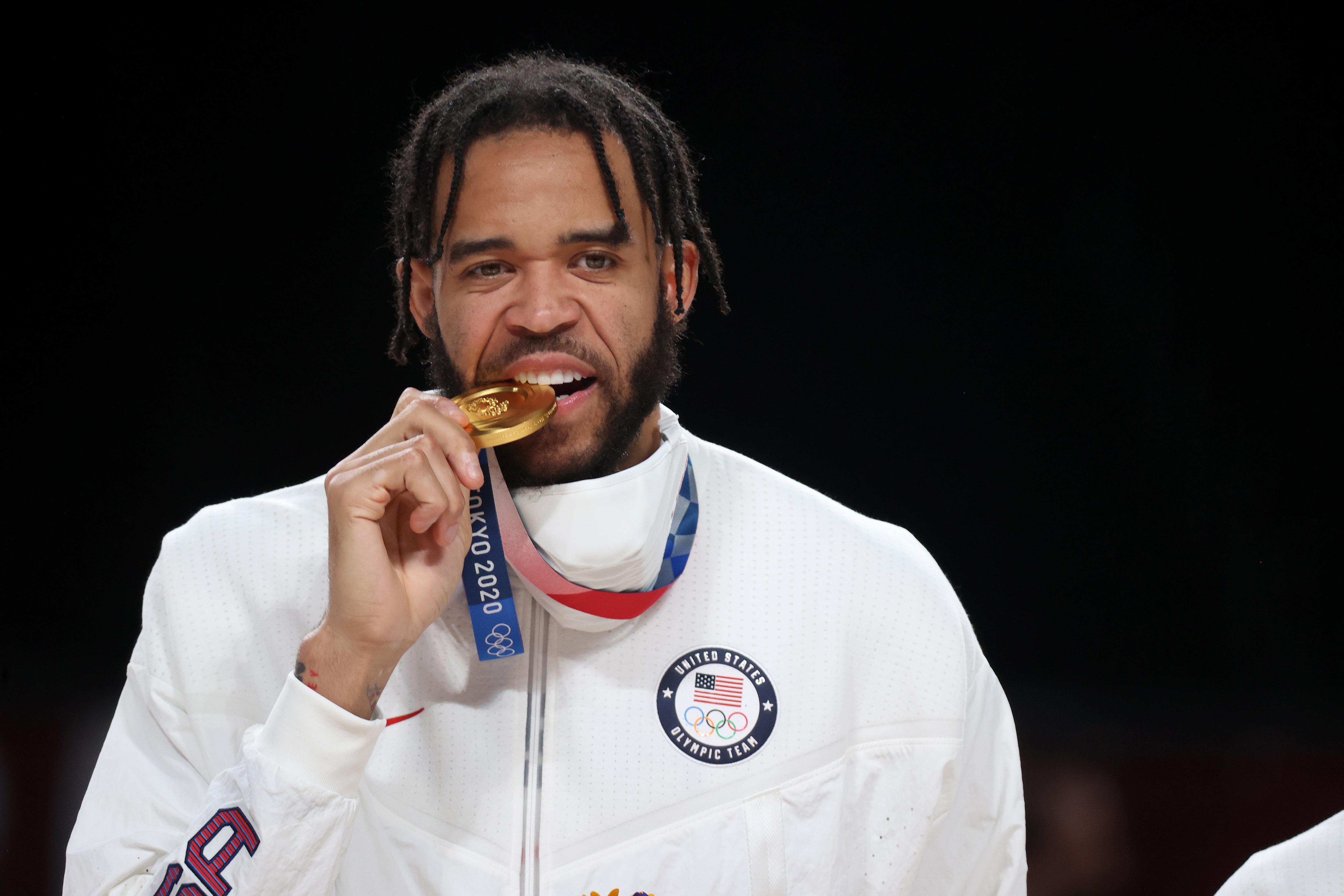 What does Grant Hill need to do first?

Taking over for Jerry Colangelo as managing director will be a difficult task. Colangelo helped revive USA Basketball, going 4-for-4 at the Olympics during his tenure with Mike Krzyzewski and Gregg Popovich leading the way as coaches. Hill, who was hired in March to replace Colangelo for the next Olympic cycle, likely needs to pick a coach relatively soon and then start the process of building relationships with prospective players. Ideally, the U.S. would send a similar core of players to the World Cup and then the Olympics for continuity’s sake. Realistically, it’s unclear if that is possible.

In the U.S. men’s basketball game against the Czech Republic on Saturday, Durant set the record for Olympic career points.

No way of knowing yet. Kevin Durant turns 33 next month, but he’s now under contract through the 2025-26 season — and that might mean he’ll want to play in Paris in 2024 to try and become the first four-time gold medalist in men’s basketball Olympic history. Given their age and roles on this team, Zach LaVine, Devin Booker, Jayson Tatum and Bam Adebayo would seem very likely to be strong candidates for Paris. And there’s a slew of young players who might be next like Donovan Mitchell, Zion Williamson and Julius Randle. There won’t be a lack of options. The challenge will be getting commitments.

Why wasn't this gold easier to win?

What Popovich has been saying since he got the job is correct: The world is catching up to the U.S. France has a young core of players who have been together for years and will have the added benefit of playing the 2024 Olympics at home. The majority of the best players in the NBA are American, but it’s been difficult to get them all to commit to the national team for a variety of reasons. Consider: this team won gold without LeBron James, Stephen Curry, Kyrie Irving, Jimmy Butler, Chris Paul, James Harden, Anthony Davis and — although he was committed to coming before a virus-related issue took away his chance — Bradley Beal.