How Will Tokyo's Virus State of Emergency Affect the Olympics?

The state of emergency will cover the entire duration of the July 23-Aug. 8 Olympics and its main impact will be in barring fans from stadiums and arenas in the Tokyo area.

A virus state of emergency began Monday in Japan's capital, as the number of new cases is climbing fast and hospital beds are starting to fill just 11 days ahead of the Tokyo Olympics.

Here's a look at the state of emergency and how it will affect the Olympics.

WHAT RESTRICTIONS ARE THERE?

The six-week emergency is Japan's fourth since the pandemic began and will last until Aug. 22. The main target of the new state of emergency is alcohol served at bars and restaurants as authorities want people to stay home and watch the games on TV and not gather in public.

Like past emergencies, most of the measures are requests because the government lacks a legal basis to enforce hard lockdowns. Authorities have recently given themselves more power to issue binding orders for businesses to close or shorten hours in exchange for compensation. They can also now fine businesses that violate those orders.

The new state of emergency requests that restaurants, bars, karaoke parlors and other entertainment outlets either close or not serve alcohol. It asks liquor stores to suspend business with restaurants and bars that defy the request, but liquor stores say that would hurt their business ties.

Schools will stay open during this emergency, while theme parks, museums, theaters and most stores and restaurants are requested to close at 8 p.m.

Tokyo residents are asked to avoid nonessential outings, work from home and stick to mask-wearing and other safety measures. Measures for the general public are non-mandatory.

WHAT CITIES OR AREAS DOES IT COVER?

The latest state of emergency covers Tokyo’s nearly 14 million residents, while less-stringent measures focusing on shortened hours for restaurants and bars affect 31 million other people in nearby cities of Chiba, Saitama and Kanagawa that are home to some Olympic venues.

The measures also cover Osaka, which was hit hard by a virus surge in April, and the southern island of Okinawa.

HOW WILL THE VIRUS ORDER AFFECT THE OLYMPICS?

The state of emergency will cover the entire duration of the July 23-Aug. 8 Olympics and its main impact will be in barring fans from stadiums and arenas in the Tokyo area.

While the state of emergency mainly covers Tokyo, Olympic officials have decided to bar fans from events hosted in Tokyo’s three neighboring prefectures, while allowing limited fans at other outlying venues. Soccer events in Hokkaido and baseball and softball games in Fukushima, however, will also bar fans due to virus concerns.

The games have already been postponed from 2020 by the pandemic, and fans from abroad were banned months ago.

With the new restrictions, the games will now be a largely TV-only event.

HOW BAD IS JAPAN’S VIRUS SITUATION?

Japan has weathered the pandemic better than many other countries, logging about bout 820,000 cases and 15,000 deaths.

But the situation has grown more serious in recent weeks, and Tokyo hit a two-month high of 950 new cases on Saturday. Experts have warned that the delta variant, which is thought to be more contagious, is spreading fast in offices and classrooms and without tough measures the numbers could skyrocket by August.

About 16.8% of the population has been fully vaccinated, a number that has picked up since May but is still far short of where officials hoped to be before the Olympics. Younger people are largely unvaccinated. 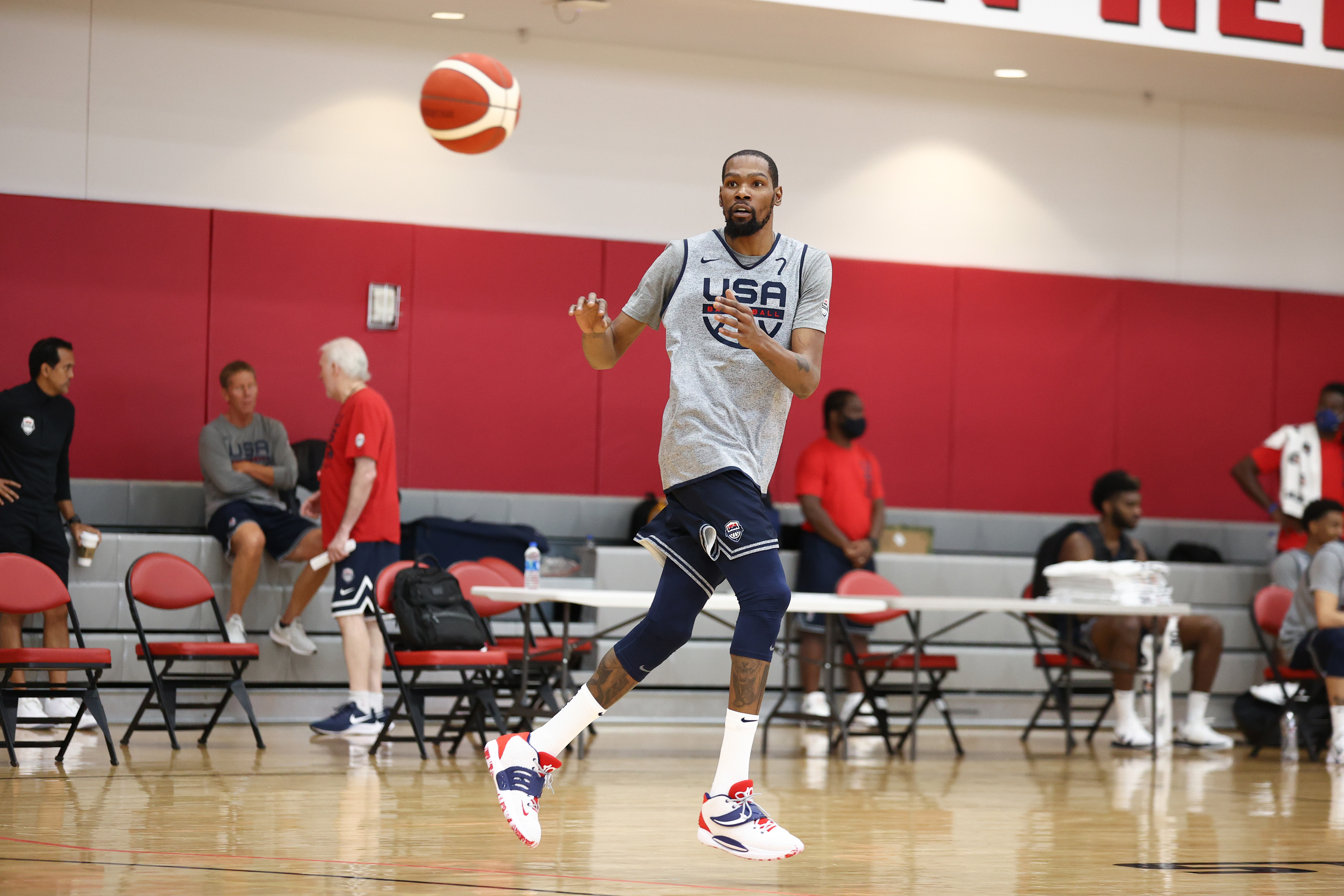 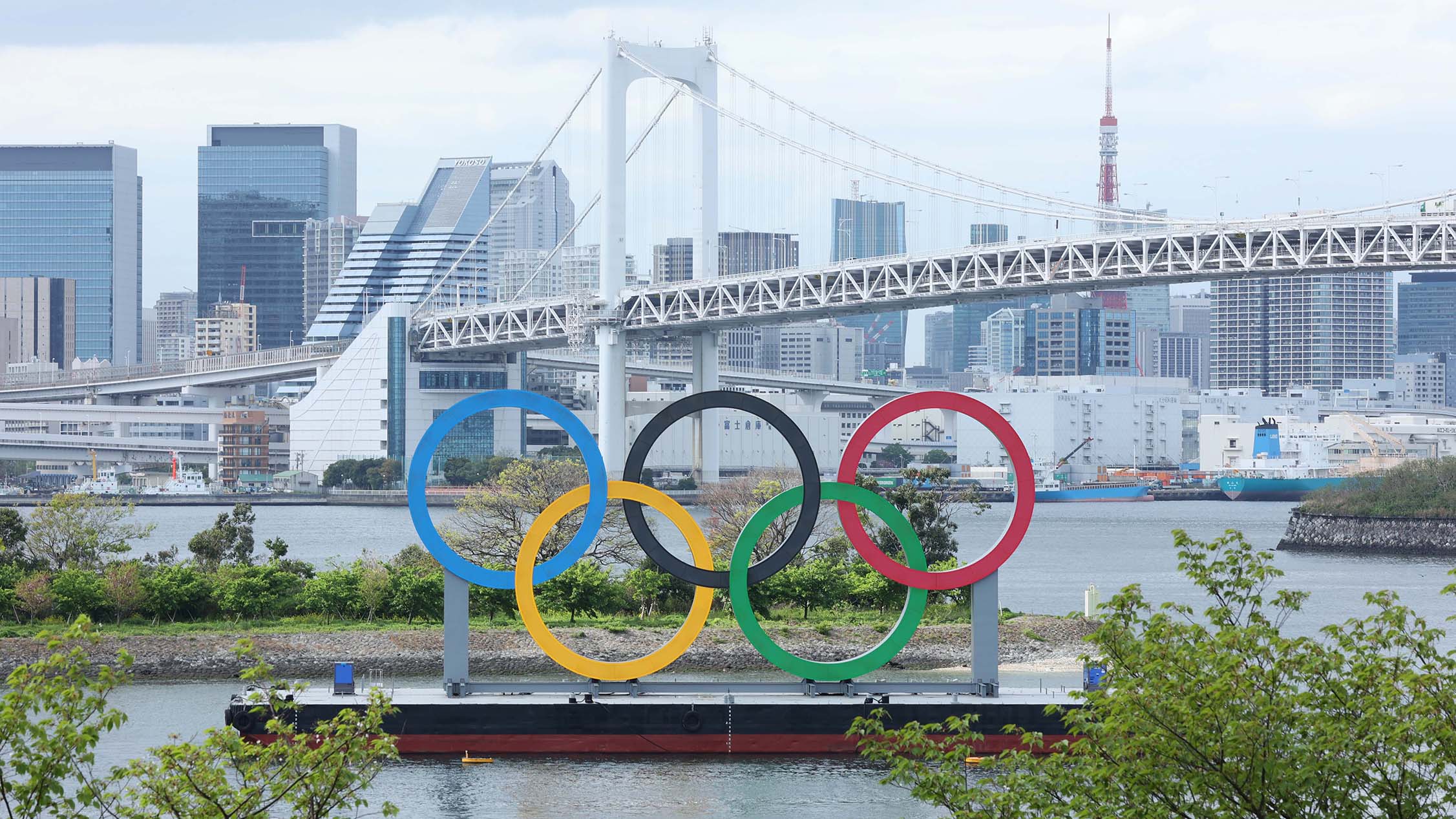 The History of Olympic Rings, Explained: What to Know for Beijing Games

WILL THE PUBLIC COMPLY?

Experts worry whether the latest state of emergency requests will be followed when many people are already fatigued by the restraints and grown less cooperative.

Health Minister Norihisa Tamura has said that effectively preventing people from going out drinking amid festive mood of the Olympic will be a headache.

Young people are already gathering in streets and parks to drink after restaurants and bars close at 8 p.m. Tokyo metropolitan officials have started nighttime patrolling to chase them away.

Experts say Japanese roaming around during their summer vacations and the Olympics could be a greater risk than athletes and other participants whose activity will be closely monitored.