The California native is ready to bring his love of SoCal skateboarding to Tokyo.

California native Nyjah Huston is considered one of the greatest street skaters ever. So much so that his name and the sport are synonymous.

Huston made a name for himself by being so good so young. The boy with the signature dreadlocks got his first sponsorship at just 7-years-old. He started competing professionally at 10, and he was just 11 when he skated his first X Games. He even appeared in Tony Hawk's Project 8 skateboarding video game.

"I was like kind of confused how I was in the game at such a young age because around the same time I was skating my first X Games and pro contests and stuff and everyone else out there was twice as old as me and twice my size," he said.

Now at 26, Huston will lead Team USA as skateboarding makes its Olympic debut at the Tokyo Olympics.

"I love skateboarding because it's the funnest thing on earth. And that goes for, not only if you're one of us about to skate the Olympics or just a kid out there skating your skate park, just having fun. It's the freedom, the love. It brings us all together and the nonstop challenge and the progression," he told NBC Los Angeles. 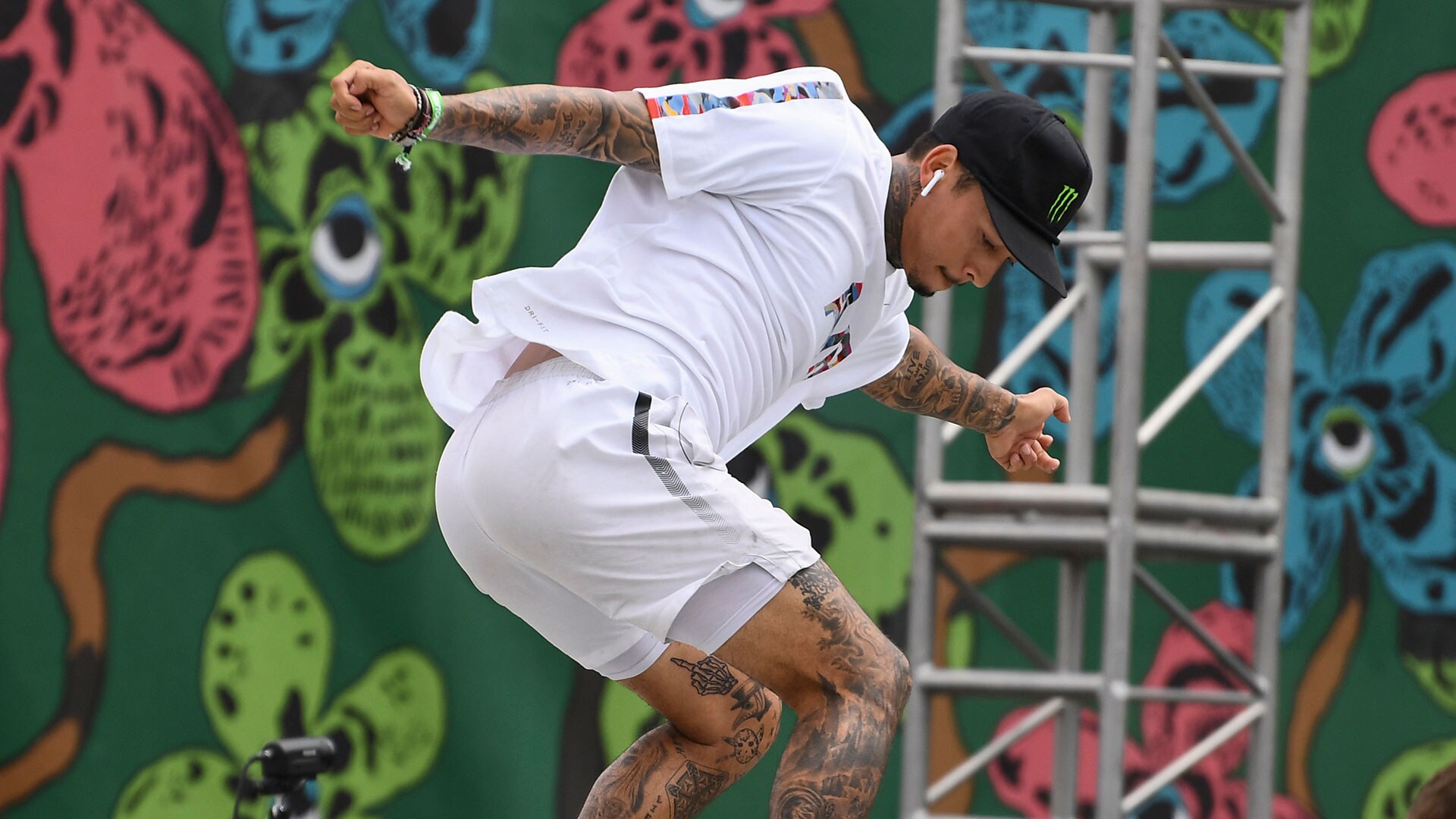 How to Watch Skateboarding at the Tokyo Olympics Guide to New Sports at the Tokyo Olympics

While his success has taken him all over the world, the Laguna Beach resident is sure of his favorite place to skate: Los Angeles.

"LA is the best city to skateboard in," Huston said. "It fits my style of skating well. I like skating a lot of big stairs and handrails and stuff and there's just so much of that around here."

Now, he's ready to bring his love of SoCal skateboarding to Tokyo. The question is whether skateboarding in the Olympics means the sport is "selling out."

"I feel like a lot of people did fear that, about it taking away from that original core side of skateboarding, but I was never really too worried about that."

If anything, Huston says it'll inspire even more kids to pick up a board.

"Being in the Olympics isn't the chance for one of us to go out there and win the thing … It's growing skateboarding, creating more opportunity for kids to be able to fulfill their dreams of being a pro-skater."

Huston has become the face -- and tattooed embodiment -- of street skating. He is favored to win gold in Tokyo, but at the end of the day, he's just doing what he loves to do.

"I'll have people expect me to win ...  and I'm like, dude, I can promise you I'm gonna do my absolute best, but I can't tell you that I'm gonna go out there and win. But I'm in a good spot right now, I'm feeling healthy, so I'm hyped."