UConn quarterback Casey Cochran says the Huskies have finally learned how to win.

The redshirt freshman threw for 311 yards and two touchdowns in his third start and UConn beat Rutgers 28-17 on Saturday, in the final conference meeting between the two regional rivals.

Max DeLorenzo rushed for two scores for the Huskies (2-9, 2-5 American), who won for the second straight week after losing their first nine games this season.

"Watching from the sidelines last year and earlier this year, whenever something went bad, you could see guys heads go down, you could see the air deflate out of us," Cochran said. "We never had that. We stayed tough throughout the game. They go up 17-14 later on, and we responded."

DeLorenzo's second touchdown run, from a yard out, put the Huskies in front 21-17 in the fourth quarter. Cochran then led UConn on a 12-play, 56-yard drive on their next possession, sealing the win with a 3-yard touchdown pass to freshman Brian Lemelle.

"We made plays in the fourth quarter; we had drives," said interim UConn coach T.J. Weist. "Casey did a great job with handling the offense from a leadership standpoint." 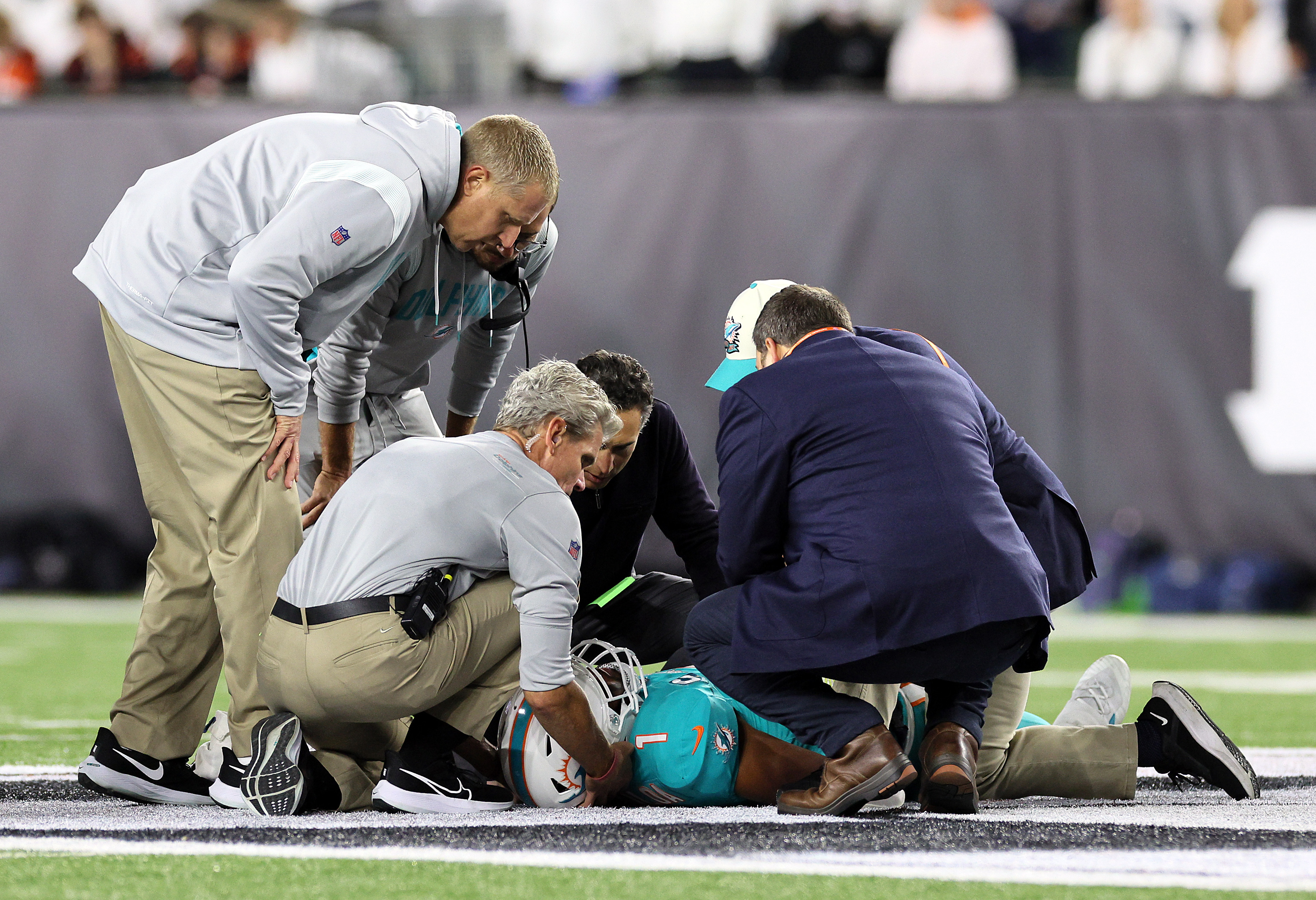 What to Know About Tua Tagovailoa Injury, Fencing Response and NFL Protocol 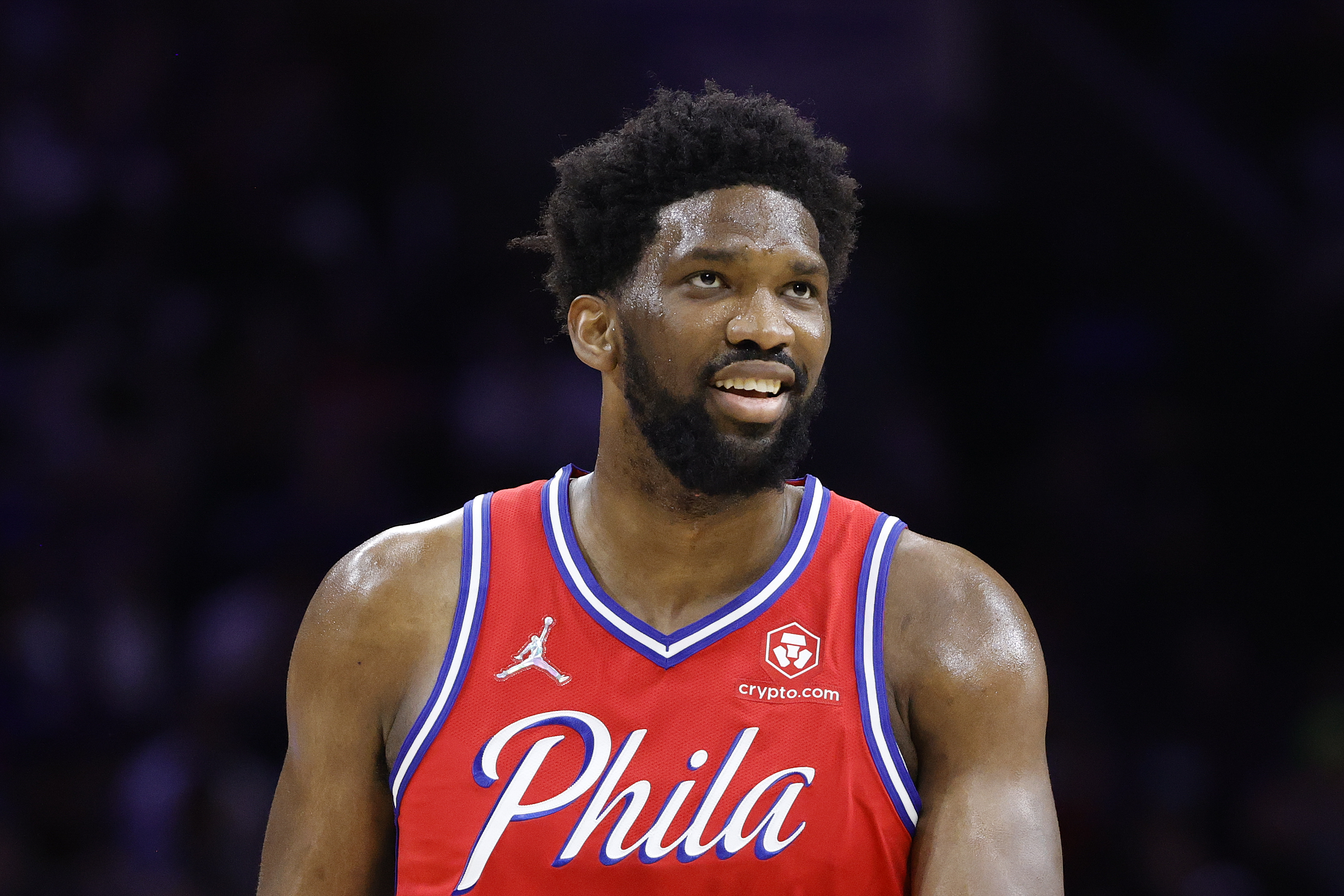 ‘It's a Blessing to Be an American': 76ers Star Joel Embiid Now U.S. Citizen

Senior Chas Dodd, making his first start of the season for Rutgers (5-6, 2-5) threw for 286 yards and a touchdown. But he also threw two interceptions to UConn cornerback Taylor Mack, including one on the Husky 19-yard line with just 2 minutes left.

"They are going off to the Big Ten and we're just happy we can send them off with a loss," said Mack.

Connecticut led 14-10 at the half, its first halftime lead since it led Michigan in September — a game the Huskies lost 24-21.

But Dodd, who got the start over an ineffective Gary Nova, helped put Rutgers back in front in the third quarter. He found Quron Pratt down the left sideline for an 84-yard completion, the longest play of the season for the Scarlet Knights. That set up a 3-yard touchdown run from Justin Goodwin.

Connecticut got a big play on its next possession. A screen pass from Cochran to Deshon Foxx went for 41 yards, setting up DeLorenzo's touchdown run. Foxx caught nine balls for 117 yards.

Connecticut had not won a home game in more than a year, since beating Pitt on Nov. 9, 2012.

"We're starting to put it all together," said Foxx. "We've got a quarterback who is getting us the ball, running backs that are making plays and DBs and a defense that is making plays."

Rutgers scored first. The Scarlet Knights took the opening drive to the UConn 10-yard line then faked a 27-yard field goal. Holder J.T Tartacoff threw the ball into the back of the end zone where tight end Tyler Croft wrestled it from UConn defensive back Obi Melifonwu for a touchdown.

UConn responded with an eight-play, 79-yard drive. Cochran hit five of six passes, including an 18-yard throw over the middle to freshman receiver Dhameer Bradley, the first touchdown catch of Bradley's college career.

Pratt was stripped of the ball on the kickoff return, the first of three Rutgers turnovers. UConn scored five plays later on a 12-yard run by DeLorenzo.

Cochran, who was 25 of 33 for the game, had just one incomplete pass in the first quarter, hitting five different receivers.

Rutgers appeared to have tied the game on a 26-yard touchdown pass to Ruhann Peele, but that was called back by a hands to the face penalty on Chris Muller.

"I felt like I played OK," Dodd said. "There was obviously some things in there I wish I had done better. But at the end of the day, we didn't get the "W'' and all that is irrelevant."

The Scarlet Knights had the ball for more than 6 minutes on a 16-play drive that ended with a 34-yard field goal just before the half.

Rutgers started the season 4-1, but is just 1-5 since, and must win its final game of the year against South Florida next week to become bowl eligible in their final season before heading to the Big Ten.

"I don't believe in week-to-week momentum in football," said Rutgers coach Kyle Flood. "If it did exist, then the team we played, it would have been hard for them to win the last two games."

Because of conference realignment, this was the last scheduled game between the two programs, which have played 33 times since 1940. The Scarlet Knights, had won six of the last eight, and still hold a 22-11 advantage.