UConn Track and Field, Tennis Alumni Fight to Save Programs from Budget Cuts

Before the UConn Board of Trustees Financial Affairs Committee could get to business last Friday, first they listened to more than 30 minutes of heartfelt pleas from their school’s track and field alumni.

The former Huskies called in to make their case in the hopes of saving their sport from potential budget cuts. Next week, UConn athletics is expected to propose its plan to cut $10 million from its university subsidy over the next here years.

“UConn means something special to each and every one of us on a personal level,” said Steve Cousin, a 2006 track and field alumnus. “When our school is in need or is calling for us, all of us are going to come running.”

Some High School Athletes Can Return to Practice Today 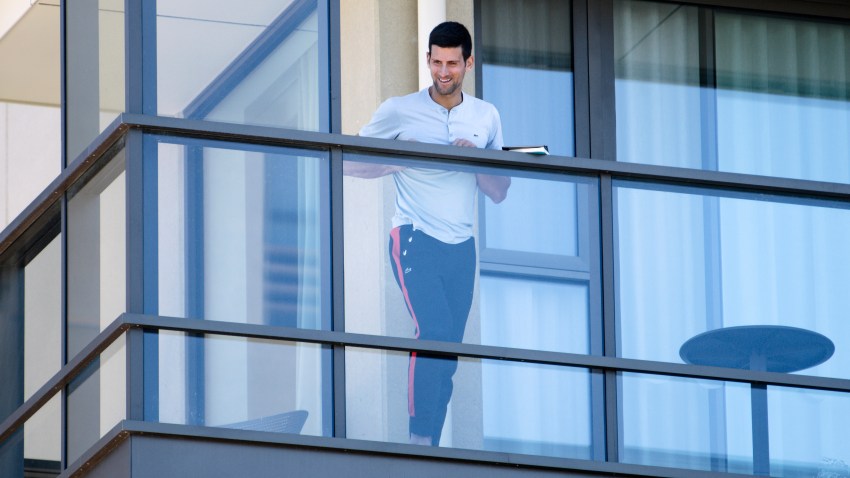 Right now Athletics is operating at about a $42 million deficit. At the school’s trustees meeting last month, Chief Financial Officer Scott Jordan said the Athletics department is efforting a 25% cut, a necessity only exacerbated by the effect of the coronavirus pandemic.

The school has not said which sports programs it would cut, if any, but track and field alumni aren’t going to sit and wait until they do.

“If you would have told me what we would have done over the last 10 days I wouldn't believe you,” said 2009 UConn graduate and member of the track and field team, Andrew Dubs.

The team raised more than $1.5 million in just 10 days. And they’re not the only ones. UConn tennis alumni have also raised around $300,000 in pledges and started a petition to show the support for their program.

“It would be unfathomable for me if my alma mater gave up on tennis and so I'm going to do whatever it takes,” said Angelo Rossetti, UConn tennis, ’92.

Both programs are fighting for their sports, but they don’t want to fight their school.

“We’re doing the best we can in a positive manner,” said Rossetti.

“It's unfortunate that the situation is what it is but you know, you just have to have trust and faith in the administration that they'll be able to do what is best and we'll support that,” said Dubs.

These fundraisers are authorized by the university. The athletics department is expected to present its proposal at the Board of Trustees meeting on June 24.