PRELIMINARY INFORMATION: NO PURCHASE NECESSARY. A PURCHASE WILL NOT IMPROVE YOUR CHANCES OF WINNING. Void outside the WVIT terrestrial geographic viewing area and where prohibited. The NBC Connecticut “Concert Ticket” Giveaway (“Giveaway”) will begin on April 22, 2013 at 6:00 AM ET and end on April 26, 2013 at 7:00 AM ET (“Giveaway Period”). Odds of winning depend upon number of eligible calls received. All times in the Giveaway refer to Eastern Time (“ET”). Giveaway is subject to all applicable federal, state and local laws.

ELIGIBILITY: Open only to permanent, legal United States (“U.S.”) residents who are physically located in the WVIT terrestrial geographic viewing area in the counties of New London, Litchfield, New Haven, Fairfield, Tolland, Hartford, Windham and Middlesex in the state of Connecticut, and who are twenty one (21) years of age or older as of the start of the Giveaway Period. Officers, directors, and employees of Giveaway Entities (as defined below), members of these persons’ immediate families (spouses and/or parents, children, and siblings, and their spouses, regardless of where they reside), and/or persons living in the same households as these persons (whether or not related thereto) are not eligible to enter or win the Giveaway. Giveaway Entities, as referenced herein, shall include WVIT, 1422 New Britain Avenue, West Hartford, CT 06110, and NBCUniversal Media, LLC, 30 Rockefeller Plaza, New York, NY 10112, (collectively, “Sponsors”), Comcast Theatre, 61 Savitt Way, Hartford, CT 06120 (“Prize Supplier”), and their respective parent, subsidiary, and affiliate companies, their administrative, advertising, and promotion agencies, and any other entity involved in the development, administration, promotion, or implementation of the Giveaway.

All Entries become the property of Sponsors and will not be acknowledged. Entries must be received before April 26, 2013 at 6:55 AM ET to be eligible for the Giveaway. Sponsors’ computer shall be the official timekeeper for all matters related to this Giveaway. You may attempt to enter once during each Show during the Giveaway Period. Multiple entries received from any person or email address beyond this limit will void all such additional entries. Entries generated by a script, macro, or other automated means will be disqualified. In case of a dispute over the identity of an entrant who made a potentially winning entry, Sponsors reserve the right to deem that the entry was made by the registered subscriber of the email address submitted at the time of entry. Entry constitutes permission (except where prohibited by law) to use entrant’s name, city, state, likeness, image, and/or voice for purposes of advertising, promotion, and publicity in any and all media now or hereafter known, throughout the world in perpetuity, without additional compensation, notification, permission, or approval.

PRIZE: There will be ten (10) prizes awarded to Winners (“Prize”). Prize consists of two (2) tickets to see Blake Shelton LIVE on Friday, September 6th at Comcast Theatre, 61 Savitt Way Hartford, CT 06120. Ten (10) pairs of tickets, four (4) tickets a day will be given away for a total of twenty (20) total tickets. 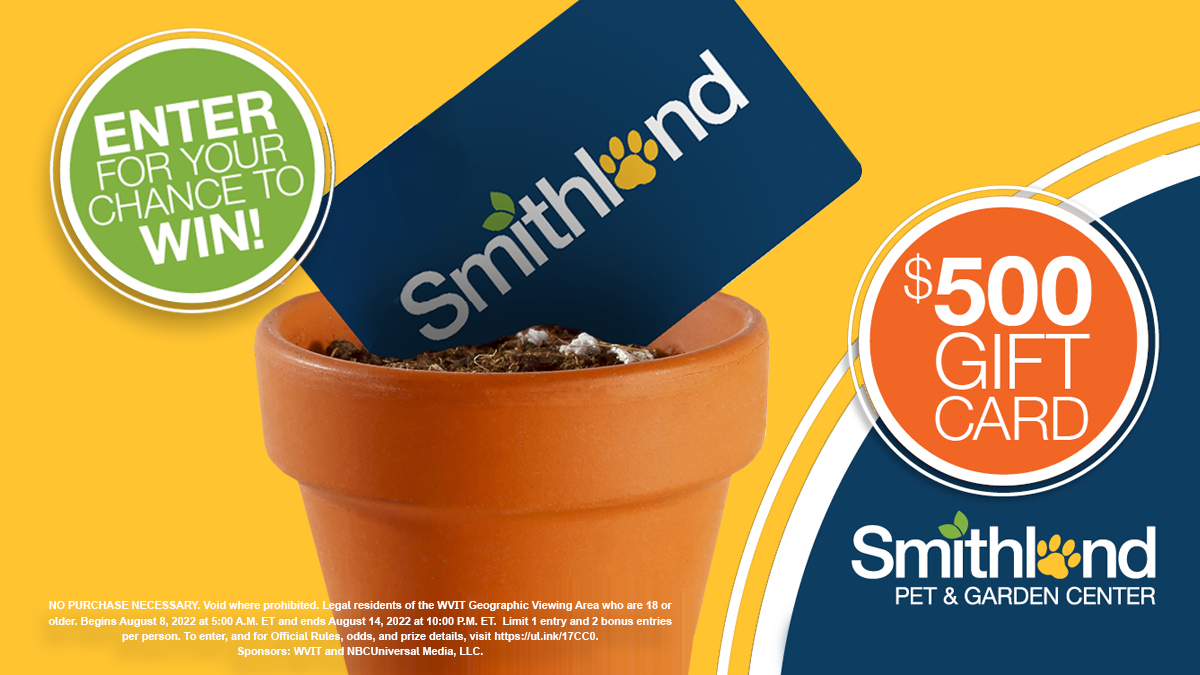 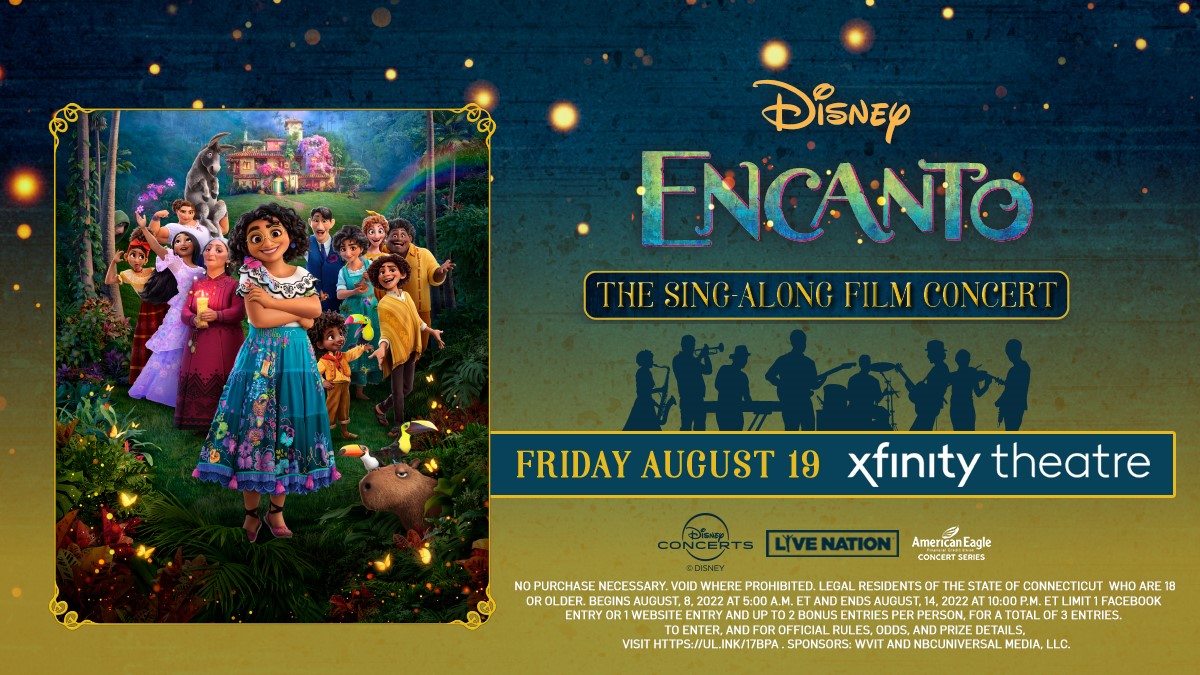 The Estimated Retail Value ("ERV") of Prize is five hundred and fifty four dollars and forty four cents ($554.40). Actual Retail Value (“ARV”) of Prize may vary based on dates of Trip and point of departure. Any difference between ARV and ERV will not be awarded. All details of Prize will be determined by Sponsors in their sole discretion. Prize will be awarded as, with no warranty or guarantee, either express or implied, by Sponsors. Sponsors reserve the right to substitute a similar Prize (or Prize element) of comparable or greater value. All taxes and other expenses, costs, or fees associated with the acceptance and/or use of Prize are the sole responsibility of Winner. Winner will receive an Internal Revenue Service Form 1099 for the ARV of Prize in the tax year it was awarded. Prize cannot be transferred by Winner or redeemed for cash and is valid only for the items detailed above, with no substitution of Prize by Winner. If Prize is unclaimed within a reasonable time after notification from Sponsors, as determined by Sponsors in their sole discretion, it will be forfeited, and time permitting, an alternate Winner may be selected in a subsequent giveaway.

CONDITIONS: By entering the Giveaway, each entrant agrees for entrant and for entrant’s heirs, executors, and administrators (a) to release and hold harmless Giveaway Entities and their respective officers, directors, and employees (collectively, “Released Parties”) from any liability, illness, injury, death, loss, litigation, or damage that may occur, directly or indirectly, whether caused by negligence or not, from such entrant’s participation in the Giveaway and/or his/her acceptance, possession, use, or misuse of Prize or any portion thereof (including any travel related thereto); (b) to indemnify Released Parties from any and all liability resulting or arising from the Giveaway and to hereby acknowledge that Released Parties have neither made nor are in any manner responsible or liable for any warranty, representation, or guarantee, express or implied, in fact or in law, relative to Prize, including express warranties provided exclusively by Prize supplier that are sent along with Prize; (c) if selected as a Winner, to the posting of such entrant’s name on www.nbcconnecticut.com and the use by Released Parties of such name, voice, image, and/or likeness for publicity, promotional, and advertising purposes in any and all media now or hereafter known, throughout the world in perpetuity, without additional compensation, notification, permission, or approval, and, upon request, to the giving of consent, in writing, to such use; and (d) to be bound by these Official Rules and to waive any right to claim any ambiguity or error therein or in the Giveaway itself, and to be bound by all decisions of the Sponsors, which are binding and final. Failure to comply with these conditions may result in disqualification from the Giveaway at Sponsors’ sole discretion.

ADDITIONAL TERMS: Sponsors reserve the right to permanently disqualify from any promotion any person they believe has intentionally violated these Official Rules. Any attempt to deliberately damage the Giveaway or the operation thereof is unlawful and subject to legal action by Sponsors, who may seek damages to the fullest extent permitted by law. The failure of Sponsors to comply with any provision of these Official Rules due to an act of God, hurricane, war, fire, riot, earthquake, terrorism, act of public enemies, actions of governmental authorities outside of the control of Sponsors (excepting compliance with applicable codes and regulations), or other “force majeure” event will not be considered a breach of these Official Rules. Released Parties assume no responsibility for any injury or damage to entrants’ or to any other person’s computer relating to or resulting from entering or downloading materials or software in connection with the Giveaway. Released Parties are not responsible for telecommunications, network, electronic, technical, or computer failures of any kind; for inaccurate transcription of entry information; for errors in any promotional or marketing materials or in these Official Rules; for any human or electronic error; or for entries that are stolen, misdirected, garbled, delayed, lost, late, damaged, or returned. Sponsors reserve the right to cancel, modify, or suspend the Giveaway or any element thereof (including, without limitation, these Official Rules) without notice in any manner and for any reason (including, without limitation, in the event of any unanticipated occurrence that is not fully addressed in these Official Rules). In the event of cancellation, modification, or suspension, Sponsors reserve the right to select Winner(s) in a random drawing from among all eligible, non-suspect entries received prior to the time of the event warranting such cancellation, modification, or suspension. Notice of such cancellation, modification, or suspension will be posted at www.nbcconnecticut.com. Sponsors may prohibit any entrant or potential entrant from participating in the Giveaway, if such entrant or potential entrant shows a disregard for these Official Rules; acts with an intent to annoy, abuse, threaten, or harass any other entrant, Sponsors, or Sponsors’ agents or representatives; or behaves in any other disruptive manner (as determined by Sponsors in their sole discretion).

DISPUTES: The Giveaway is governed by, and will be construed in accordance with, the laws of the State of New York, and the forum and venue for any dispute shall be in New York, New York. If THE controversy or claim is not otherwise resolved through direct discussions or mediation, it shall THEN be resolved by FINAL AND binding arbitration administered by JUDICIAL ARBITRATION AND MEDIATION SERVICES, INC., in accordance with its Streamlined Arbitration Rules and Procedures or subsequent versions thereof (“JAMS Rules”). The JAMS Rules for selection of an arbitrator shall be followed, except that the arbitrator shall be experienced and licensed to practice law in new york. All proceedings brought pursuant to this paragraph will be conducted in the County of new york. THE REMEDY FOR ANY CLAIM SHALL BE LIMITED TO ACTUAL DAMAGES, AND IN NO EVENT SHALL ANY PARTY BE ENTITLED TO RECOVER PUNITIVE, EXEMPLARY, CONSEQUENTIAL, OR INCIDENTAL DAMAGES, INCLUDING ATTORNEY’S FEES OR OTHER SUCH RELATED COSTS OF BRINGING A CLAIM, OR TO RESCIND THIS AGREEMENT OR SEEK INJUNCTIVE OR ANY OTHER EQUITABLE RELIEF.