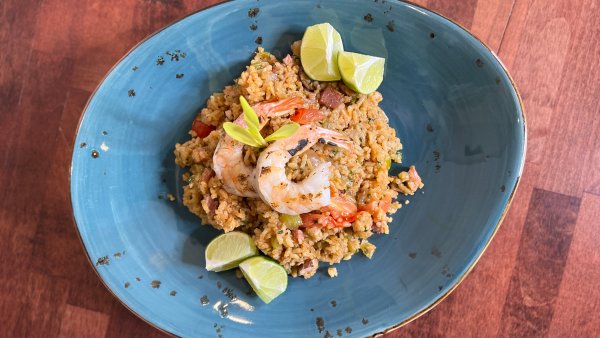 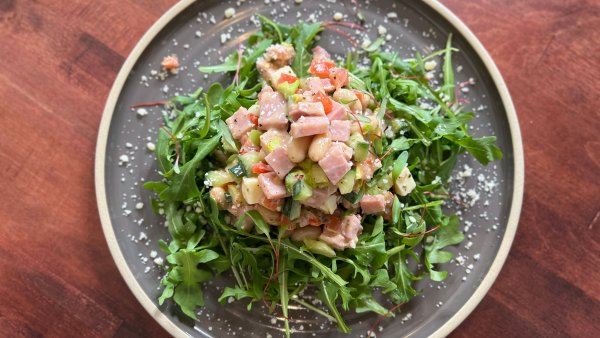 In a large bowl fitted with a clean dishtowel, grate the potatoes and onion with a four-sided box grater on the largest holes. (A food processor with a grating disc may also be used.)

When finished, close the dishtowel and wring the mixture dry. Squeeze out as much liquid as possible. (It will be approximately 1/2 to 3/4 of a cup of water from the vegetables.)

In a clean large bowl, place the dry potato mixture and break up with a fork. Add the eggs, flour, kosher salt, pepper and lemon juice. Mix well.

Heat the oil in a large skillet on medium-high heat. When the oil comes up to temperature, begin forming the pancakes in the pan. Use a spatula or spoon to push the grated potato into a roughly 2-inch wide pancake.

Try to make the pancakes thin for extra crunch. Cook for 2 to 3 minutes on each side or until the pancakes are crisp and golden. Drain on paper towels and serve hot.

This recipe makes about 24 potato pancakes.