First Alert: Winter Storm Warning Issued For Most of Connecticut

NBC Connecticut Meteorologists are tracking a major winter storm that will likely dump over a foot of snow in parts of the state Wednesday night into Thursday.

A nor'easter will bring significant snow to Connecticut tomorrow night and Thursday morning and the governor is asking anyone who does not have to travel during the storm to stay home.

"If you're on a road, you're on a hill, you spin out, you slow down, that can stop a snowplow, that can create traffic, that can take a guy off the battlefield when we need them working around the clock," Lamont said.

The winter storm that will affect our area is just beginning to form down to our south. Ahead of the storm some very cold air will remain in place with temperatures overnight falling into the teens and twenties.

A Winter Storm Warning is in effect for most of the state through Thursday afternoon.

Clouds will increase tomorrow ahead of the winter storm moving into the area tomorrow night. We expect the first flakes to start falling between 7 p.m. and 9 p.m. in western Connecticut. 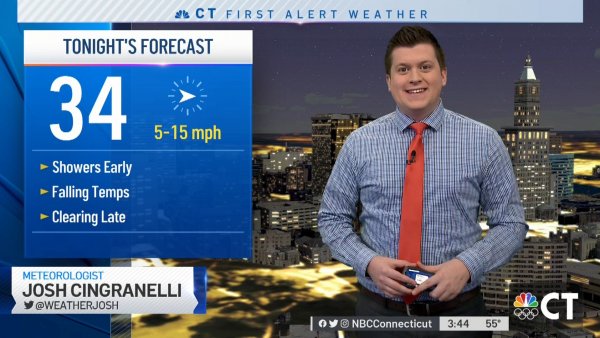 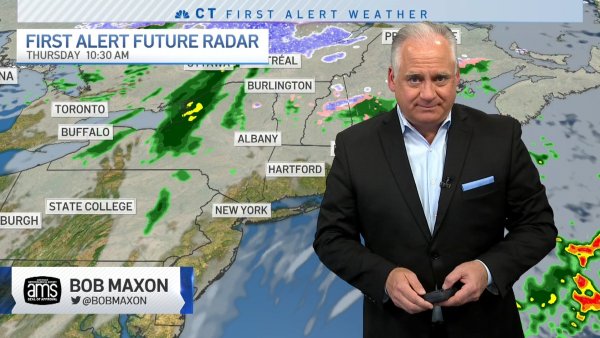 Heavy snow will move into the state late Wednesday night and early Thursday morning with snowfall rates of 2 inches per hour possible.

As the storm system moves closer to Connecticut the wind will ramp up with gusts to 45 mph possible along the shoreline. This will create near whiteout conditions during the early morning hours on Thursday.

The latest computer guidance puts some of the heaviest snow over our area between 12 a.m. and 7 a.m. on Thursday.

Snowfall accumulations of 10 to 16 inches are expected for most of the state. The higher accumulations will occur where the stronger bands set up and less snowfall where and if any dry slots develop. Southeastern Connecticut could also see a mix with sleet and rain which could keep final snow totals lower there.

Take a look at some of the timing on First Alert Future Radar.