Record Heat Seen on the Shoreline

NBC Connecticut Meteorologists are tracking another day with near-record heat. Temperatures today will surge into the upper 80s to low 90s which could come close to beating the record high temperature on this day.

The current record for May 31 is 95 degrees in the Hartford area which was set in 2013. Today we are forecasting a high temperature of 93 degrees.

With the wind out of the northwest today temperatures were quite hot even down to the shoreline with forecasted highs in the upper 80s to low 90s for coastal areas. Bridgeport set a new record high today, topping the record set 9 years ago.

A back-door cold front will approach from the east which will quickly drop temperatures from the low 90s to the 70s during the afternoon hours. Temperatures in Boston today were in the upper 50s while Hartford experiences temperatures around 93 degrees.

There's a chance for storms this afternoon but that depends on the atmospheric set up. As of midday most of the state is under a low end risk for severe weather. Make sure you stay aware of changing conditions in your area.

The heat comes to an end tomorrow as a round of showers and thunderstorms move through the state. Some of the storms may be on the strong side with gusty winds, heavy rain, and lightning. 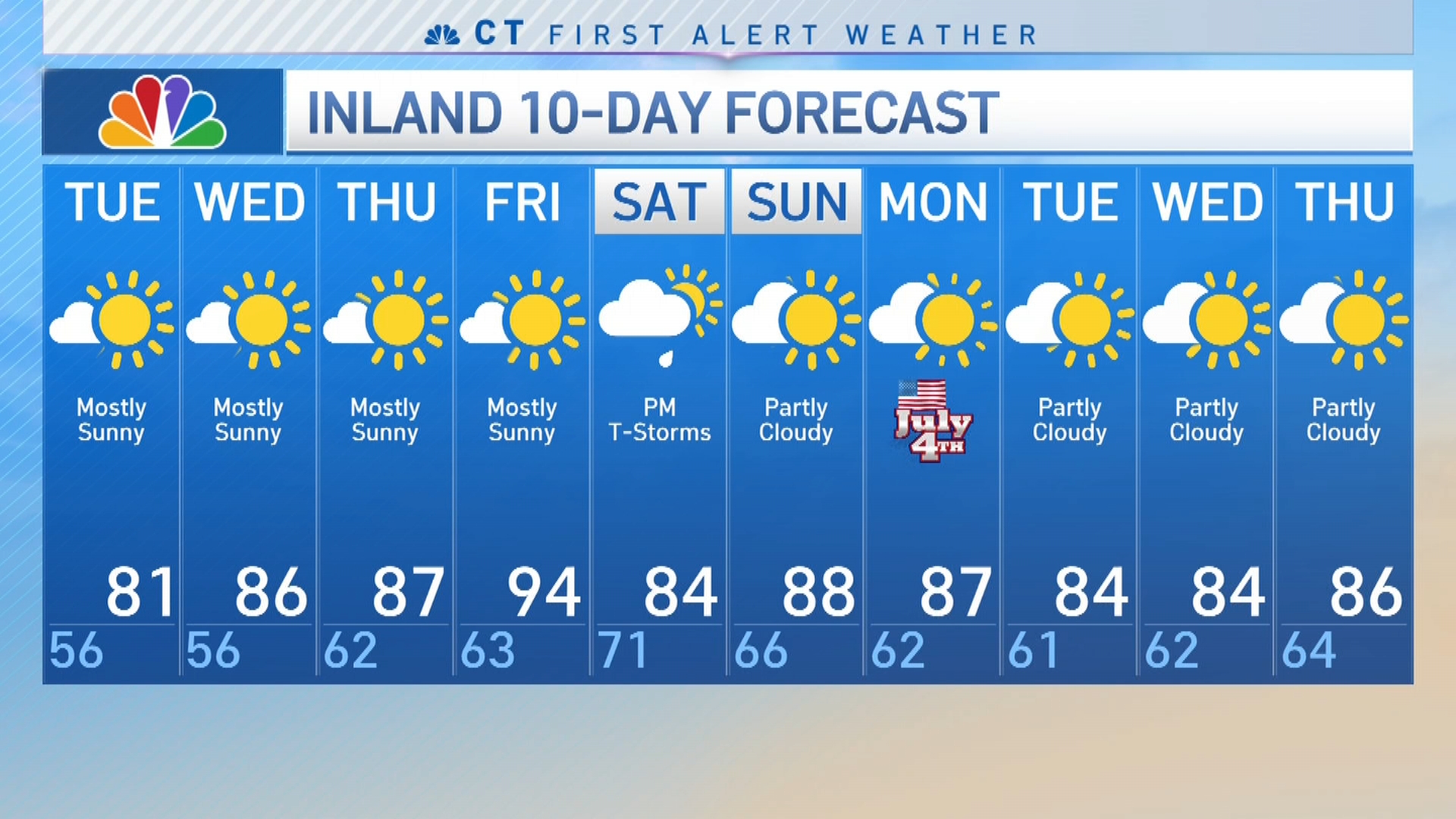 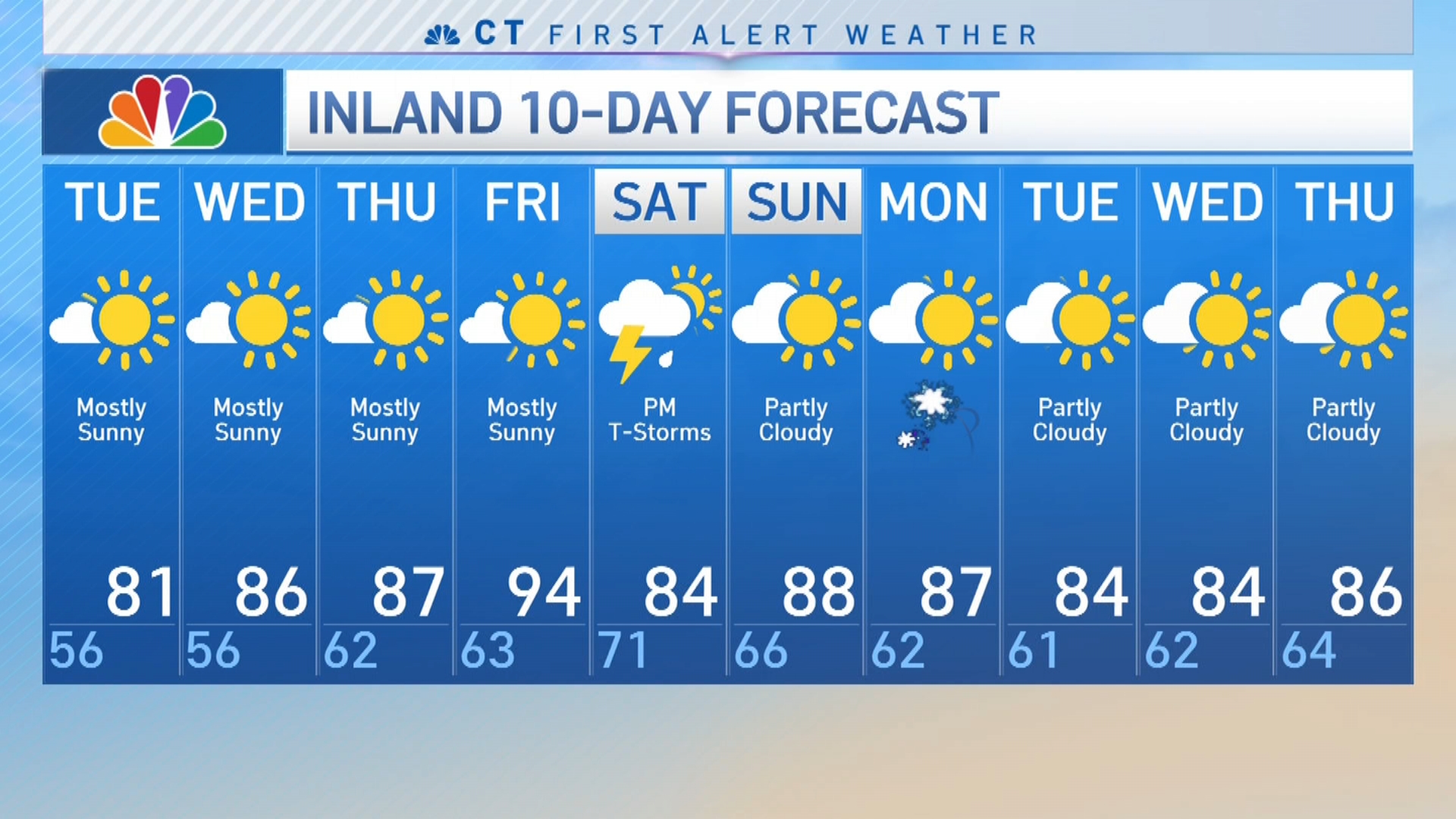