Clean up is beginning across Connecticut after a storm dumped a foot or more of snow in many parts of the state, which led to students learning from home and many workers telecommuting.

The nor'easter began dumping heavy snow across the state around 7 p.m. on Wednesday and it fell at a pace of one to two inches per hour overnight. A winter storm warning remained in effect through midday Thursday.

Michael Lezott, of East Hartford, said he didn’t mind shoveling about a foot of snow that piled up outside the home of his aunt, who uses a wheelchair.

The snow began to mix with some sleet in eastern Connecticut on Thursday morning, but snow amounts continued to pile up through the early morning hours.

Stanley Lis, of East Hartford, was happy to finally get his money’s worth out of his snowblower.

"Didn’t use it at all last year.  This year, it really came in handy,” he said.

Public works crews and the state Department of Transportation spent the overnight hours clearing roads and highways, but travel was treacherous Thursday morning. More than 700 state plows were on the roadways, according to Gov. Ned Lamont.

The governor said companies allowed workers to telecommute and that allowed the crews to clear the roads faster.

On Wednesday, Lamont urged people to stay off the roads and stay home during the storm. State officials also announced a tractor-trailer and tandem trailer ban on all limited-access highways in the state from 9 p.m. Wednesday to 9 a.m. Thursday. A travel advisory is in effect for all other vehicles.

More than a foot of snow has fallen in parts of Connecticut and the governor held a news conference about the state's response to the storm.

State police said they have responded to more than 1,000 calls for service on the highways since the storm began, including 74 crashes with no injuries and six with injuries. Other calls included spinouts or cars stuck in the snow.

Traffic appeared light in the early morning hours on Thursday.

Bradley Airport officials said 13 of 16 outbound flights were canceled due to the storm.

Your Photos: The First Major Snowstorm of the Season

The nor'easter forced school districts to either close for the day or move all students to remote learning. See a full list of the cancellations here.

Olivia Lee, of East Hartford, enjoyed the snow during her two-hour break from school.

“It’s very fun and all of my classmates wanted to go outside, so I decided to go out too,” she said.

The school closures helped the public works department stay ahead of the storm.

Amanda Bachand, of Norwich, said she'd been out for two hours to clear the snow after eight inches fell in the area.

Ian McKissick, of Montville, was enjoying the newly fallen snow.

“It is always nice to have a winter wonderland in December,” he said.

Some Connecticut residents enjoyed a bit of normalcy in a year that is anything but normal.

“We are all kind of looking for a reason to slow down, feel good and connect and enjoy ourselves during these really strange times,” Amanda Bachand, of Norwich, said. 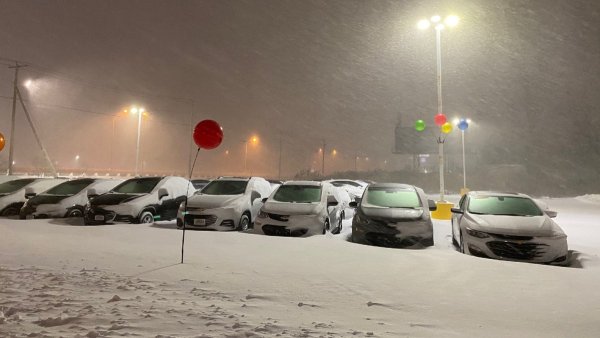 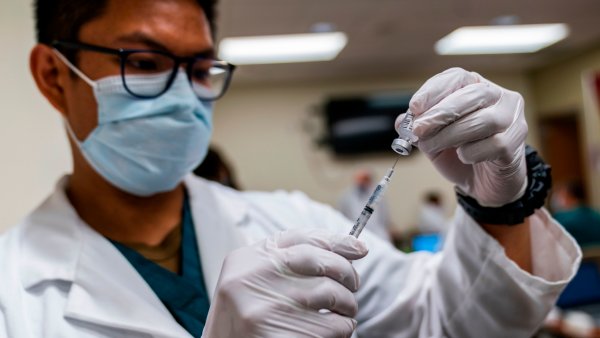 Here's When the Covid Vaccine Could Be Available at Your Neighborhood Drugstore, Grocery Store

Businesses are also impacted by the snow and Westfarms Mall and Meriden Mall closed until 1 p.m.