D.S. Saund's Life Took Him From a Village in India to the Halls of Congress

D. S. Saund did not set out to become the first Asian American to serve in the House of Representatives. He did not even intend to remain in the United States for more than a few years, expecting to return home to India after learning the business of fruit canning.

But after earning a doctorate in mathematics in 1924 — he studied both agriculture and mathematics at the University of California, Berkeley — his family told him that the anti-British comments he had made while in the U.S. were being monitored, according to a biography on the House of Representatives website.

He decided to stay in California.

He married and became a farmer in California’s Imperial Valley, though so-called alien land laws made it impossible for him to own the land and forced him to lease it under a friend’s name, according to an entry on the website of The JFK Library Archives. Later, after 20 years of farming, he began a fertilizer business.

Throughout, he followed politics, and in the 1940s, he founded the India Association of America to persuade Congress to change laws restricting Indians in the United States. When they finally were allowed to seek naturalization, he became a U.S. citizen. 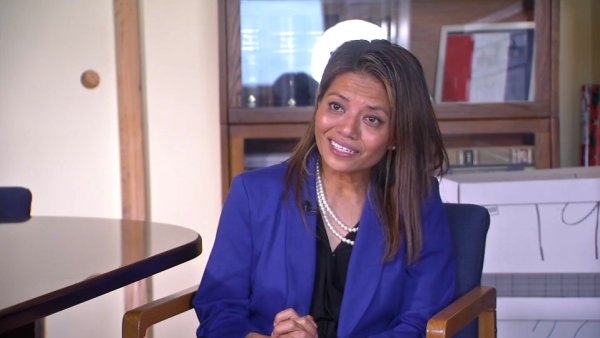 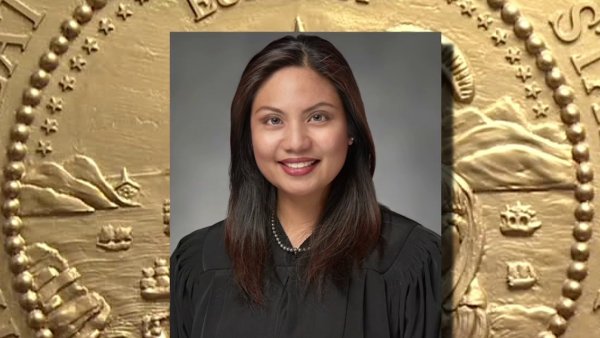 ‘If Not You, Then Who?' Judge Shares Journey from Southeast San Diego to Superior Court

“D.S. Saund stood as a living representative that, despite our historical struggles over race, ethnicity, and immigration, someone from a poor remote village in India could rise to a level of significant position and responsibility under the U.S. system,” his grandson, Eric Saund, said when Saund’s papers were donated to the University of California, Santa Barbara.

Dalip Singh Saund was born in colonial India, and raised in the province of Punjab. His father was a construction contractor who died when Saund was young. Neither of his parents had attended school, but his father and uncles were able to open a one-room schoolhouse near his home and he went on to attend boarding school and the University of Punjab. While in college, he backed Mohandas Gandhi’s drive for independence from Britain.

In 1956, already a judge, he ran for Congress as a Democrat in a district that had sent a Republican to Congress every election since it was created 16 years earlier. Democrats now had a small voter registration advantage.

His Republican opponent was Jacqueline Cochran Odlum, already famous as the leader of the Women Airforce Service Pilots during World War II and a supporter of President Dwight D. Eisenhower.

The House of Representatives has not yet signed the COVID-19 Hate Crimes Act, a timely bill to discuss during May, which is Asian American and Pacific Islander Heritage Month. NBC News and MSNBC legal contributor Katie Phang explains what's in the bill and how it addresses a rise in attacks against AAPI people during the pandemic.

“A woman’s ‘smoldering hope’ and the success story of an East Indian immigrant are converging into what is likely to be one of the most colorful Congressional contests of 1956,” The New York Times reported.

In his book “Congressman From India," Saund wrote that the campaign attracted nationwide publicity. He described Odlum as “a colorful personality with a Cinderella-like success story,” while he was “seeking a high office no one of my race had ever held.” Time magazine allotted a full page to the race, with half devoted to each candidate.

Saund tried to keep the focus on such issues as farm subsidies, which he thought were necessary, but as the House of Representatives biography notes, his ethnicity and religion were raised repeatedly.

“The Associated Press reminded readers that Saund was ‘a Sikh Hindu born in India’ with ‘darkhued’ skin before noting that he had been ‘thoroughly Americanized after 36 years here,’” according to the biography.

He wrote that when his opposition tried to use his Indian origin against him, he decided to turn it to his advantage and announced on television that if elected he would immediately fly to India and the Far East.

“I would appear before the people there and tell them, 'You have been listening to the insidious propaganda of the Communists that there is prejudice and discrimination in the United States against your people. Look, here I am. I am a living example of American democracy in action,’" he wrote. “‘I was elected by the free vote of the people in a very conservative district of the state of California to membership in the most powerful legislative body on the earth. Where else in the world could that happen?’”

In the end it did happen, and he won with about 52% of the vote. He thought his victory was a result of his attention to local issues affecting farmers and small businesses. When it came time for committee assignments, he told the press he wanted ones that would be relevant to his constituents not the Foreign Affairs Committee.

“I am not so much concerned with India,” his congressional biography quotes him as saying. “I am concerned with my district right here in California.”

Saund would go on to win another two elections before a stroke ended his career. As a congressman, he supported federal assistance to farmers, federal aid for education and loans for small businesses.

Writing in 1960, he said, “The new governments in Asia, the Middle East, and Africa are weak and their peoples are hungry. There is nothing new about poverty and disease in those areas of the world. These have existed for centuries. What is new and significant is that the people are determined to do something about them.”

At a time when the United States worried about spreading Communism, he favored more emphasis on economic help to underdeveloped countries to balance aid to countries with which the U.S. had military pacts.

“There is no room in the United States of America for second-class citizenship.” he wrote. “In Uncle Sam's family there are no foster children. All American citizens must enjoy equal rights under law. Discrimination of man against man in any form is repugnant to the ideals which all Americans cherish.”

He died in 1973 at his home in Hollywood, California, after a second stroke.

Then-House Majority Leader Tip O’Neill of Massachusetts remembered him as a man of “boundless energy, personal integrity, and strong convictions—consistently and tirelessly fighting for the right of ‘life, liberty, and the pursuit of happiness’ for all Americans.”