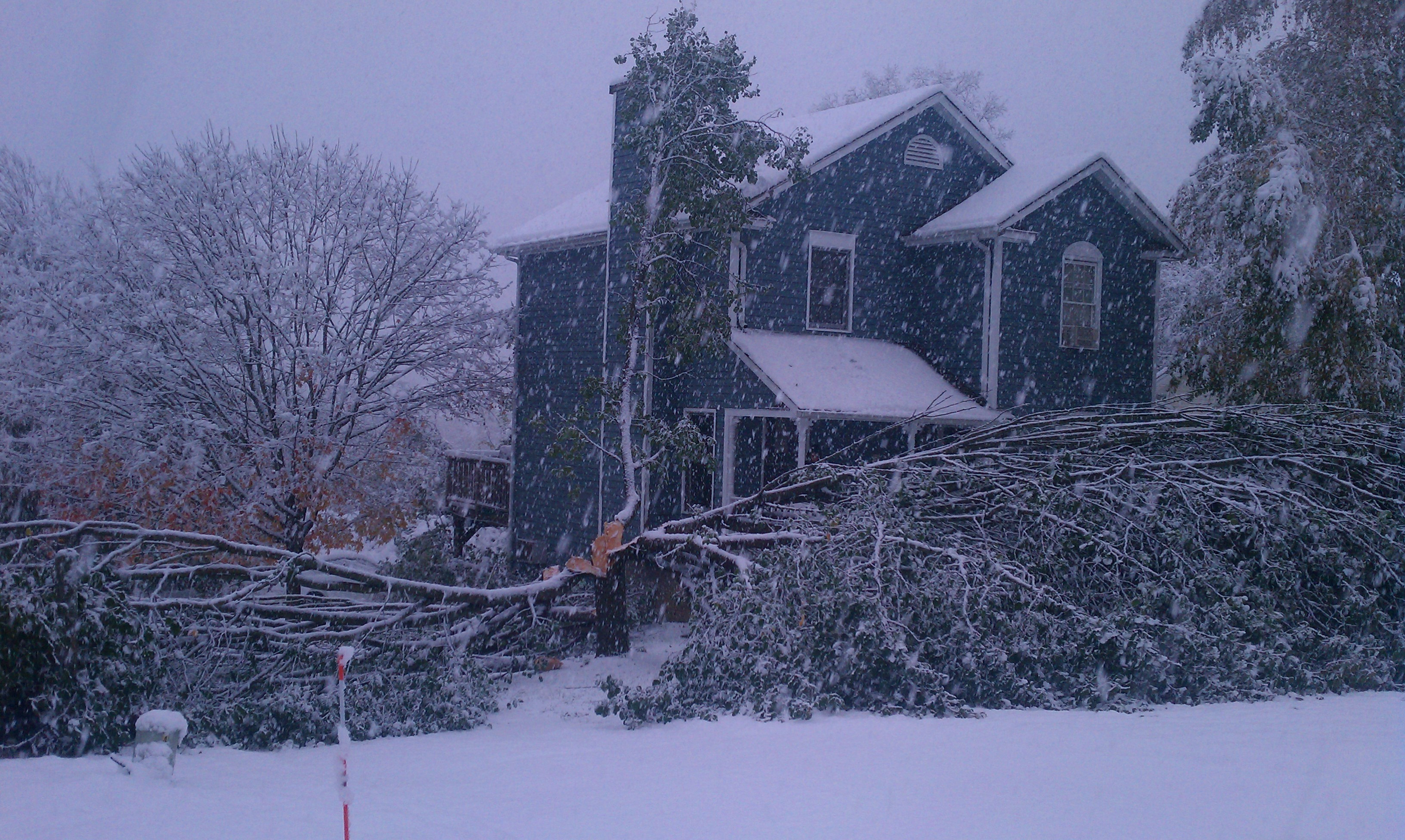 Biggest Storms of the Decade

Meteorologists Ryan Hanrahan and Josh Cingranelli rank the biggest storms of the decade in Connecticut.

As 2019 draws to a close it's hard to pick which storms were the most memorable of the decade. From tornadoes to blizzards to hurricanes, the state had a wild stretch of extremes.

The 10th biggest storm of the decade wasn't a nor'easter but a southeaster that produced powerful winds across the state. The storm cut to the west of us over Pennsylvania and New York and unusually strong winds developed the night of October 29, 2017.

Peak winds of 73 mph in Stonington and 67 mph at the Groton-New London Airport were recorded. Around 170,000 utility customers in Connecticut were left in the dark from the storm.

January 2018 was not the coldest month on record - in fact the month was only below average by about 1 degree! But a combination of a bitter blast to start the month and a rapid thaw and rainstorm by January 12 lead to significant ice jams on many Connecticut Rivers.

The worst ice jams on the Housatonic River in Kent flooded roads and even some homes. Other ice jams on the Connecticut River and Farmington River brought onlookers for days as huge mounds of ice piled up behind bridges like the Swing Bridge in East Haddam.

Two Coast Guard vessels were back out on the Connecticut River on Thursday to break ice and clear ice jams.

The decade's most impressive blast of wintry weather occurred in January 2011. 54.3" of snow fell at Bradley Airport making it the snowiest month on record.

The biggest storm of the month was on January 12 when 24.0" of snow fell. This was also the biggest snowstorm on record at Bradley Airport. Parts of the state had over 3 feet of snow on the ground for over a week straight. The weight of the snow lead to roof collapses across the state.

The Pawcatuck River in Stonington recorded its highest level on record - eclipsing the Hurricane of 1938 by nearly half a foot. Significant flooding occurred on the Westerly side of the river which is not protected as well by levees.

While February 2015 was the coldest month on record one of the biggest stories of the decade in Connecticut weather was the incredible warmth. In fact, the warmest 10 year period on record in the Hartford Area is 2010-2019.

With climate change cold spells and cold months can still happen! The number of record warm days, streaks, months, and years, however, is a clear sign that climate change is here and is impacting our weather in New England.

Hurricane Sandy was a beast of a storm that pummeled Connecticut in October 2012. The peak wind gust in the state was in Bridgeport with 76 mph. In Windsor Locks the wind peaked at 62 mph.

Nearly 10 feet of storm surge flooded communities from Stonington to Greenwich. As bad as Sandy was, it could have been worse with the worst of the storm surge arriving at low tide on Long Island Sound.

The 2018 tornado and severe weather outbreak was the most significant in Connecticut since the July 1989 tornado outbreak. From Brookfield and Danbury to New Haven, a swath of exceptional wind felled trees for miles. Wind gusts over 100 mph resulted in widespread destruction.

Four tornadoes were reported in addition to the straight line winds. Hail to the size of baseballs fell in Hartland from a supercell storm that also produced a tornado in Winsted and Barkhamsted.

The Blizzard of 2013 was a record-breaker. The state's 24-hour snowfall record was shattered with 36.0" of snow measured in Ansonia. Bridgeport reported 30.0" of snow which shattered their old snowstorm record by over a foot.

The storm was incredible with hours upon hours of blizzard conditions, thunderstorm, and even what we fondly refer to as "asteroid ice" which was small hail that developed from thunderstorms. That is something I had never experienced in a snowstorm before.

The state was essentially immobilized for days. While the snowfall totals did exceed that of 1978 the impact was not as severe for a couple reasons including a good forecast and the worst of the storm arriving Friday evening once people were home from work and school. While winds were strong in the 2013 blizzard they were not as ferocious as 1978.

Tropical Storm Irene wasn't a hurricane, but its impact was severe. 28 homes in East Haven were swept into the Sound or condemned following a devastating storm surge. The 2011 storm produced wind gusts of 50-70 mph across the state.

Inland, significant flooding occurred on many rivers resulting in serious flooding across western Connecticut following a foot of rain.

Irene is a good reminder of how vulnerable Connecticut is with tropical storms and hurricanes.

The freak October Snowstorm in 2011 - just 2 months after Irene - was remarkable. The storm dropped up to 2 feet of snow in the Litchfield Hills and a record destroying 12.3" of snow at Bradley Airport.

The snow was exceedingly heavy and wet which weighed down trees and power lines particularly around Hartford. Power was knocked out to more than 800,000 CL&P customers and the recovery process was painfully slow.

The storm was very well forecast but the impact caught many by surprise. Early season snowstorms have been known to be troublemakers (October 4, 1987 was just as destructive around Albany, NY for instance).